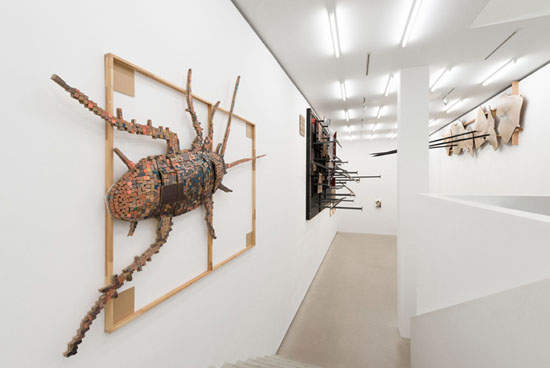 See the wokr of Birgit Brenner

It was supposed to be a story about knocked-out front teeth. Now they're somewhere in a box. Among all the things she's long since lost track of. Piles all the way up to the ceiling. Good hiding places for the bugs she meanwhile feels closer to than to the people outside. Living in filth. Shame on you. 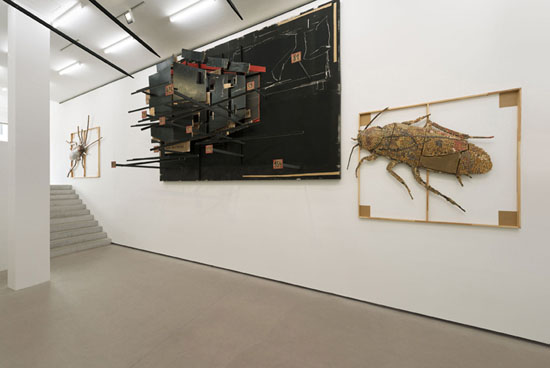 The filth turned into a refuge faster than she thought. The weight of the apartment increased with every kilogram of body weight she gained. As if they'd grown together. Now she can hardly get out of bed out of sheer obesity. The sleeping pills take care of the rest and accelerate her despondent state.

Drifting off into another dimension.

Got to get rid of the filth. It's enough. She pulls herself together, cleans, sorts things out, throws things away. The sweat runs sideways out of the rolls of fat on her stomach and thighs, helps to lose weight. Her neck gets longer; her hipbones are visible again. A pretty face with teeth is revealed. From a small town directly onto the catwalk. Not too far away. But still. She shares a room with another pretty girl she gets on well with. Shame on you.

From photos on the pages of magazines into strangers' beds. She gets hit in the face in one of the beds. With a fist. In the middle of her face. Her own fault. She was always to blame, and never the others. She learned that from an early age. Then. From the catwalk back to life in a small town. Shame on you.

From bed into filth. The filth turned into a refuge faster than she thought. Is a refuge. Even the door doesn't open anymore. Everything's been banished to the outside. The sleeping pills don't work anymore. Her head is clearing up. But it's gloomy outside. But it could also be the greasy windows. The main thing is that no one sees her. Can't look in and can't look out. She'll need all these things, eventually. For sure. This is all mine, nobody can take it away from me. Nobody. 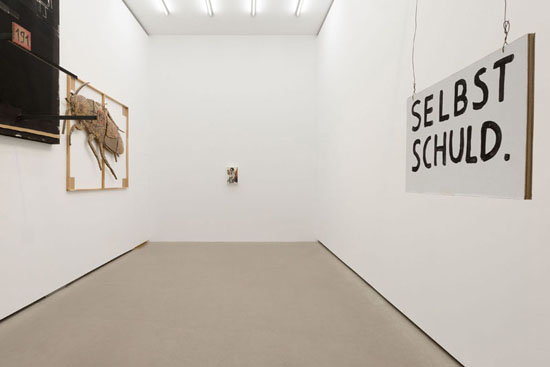 Last day. The doorbell rings. She has to move out. Maybe take a shower before she goes. Maybe get dressed. Or even put on makeup. Maybe fight again. Against the garbage. Against the past and all the stuff that numbs her. Or better. Die. Preferably here and now, before the eviction. If only she could avoid all these looks. And where to? Whatever became of you? Shame on you. Meanwhile loud hammering against the door.

There she sits, crouched down, her hands over her head, her face on her knees, the recommended position in case of a plane crash. Hoping that she doesn't protect herself too well, because she doesn't want to survive the crash.

Birgit Brenner (born 1964) studied in the class of Professor Rebecca Horn at Hochschule der Künste, Berlin and graduated as a master student in 1996. Since 2007 she is appointed to a professorship for Visual Arts, Photography, Drawing and New Media at Staatliche Akademie der Bildenden Künste, Stuttgart.

Birgit Brenner's large-scale installations deal with the impacts of social decline, loneliness and the fear of aging from a socio-critical point of view. Taken from everyday-situations, the artist illustrates the societal fears that are quite familiar to everyone by setting up scenarios between couples or inner monologues of the protagonists. Her extensive installations are constructed of photography, carton, wood and texts. Whereby text and image are not illustrating themselves, but extend mutual the deliberately statement.