The current exhibition features paintings from an ongoing series entitled formula, which will be presented for the first time in the gallery space of Galerie EIGEN + ART Berlin. These paintings are studies that belong to a larger ensemble of works on the translations of mathematical formulas into graphs. Manipulated by the artist, various mathematical formulas are transmitted onto gesso-primed canvases and serve as tools for the drawing process. Carsten Nicolai refers back to the classical concept of painting, as the process of making these works is very much reminiscent of it. And, at the same time alienated, since the operation with random generators and formulas contradicts this. 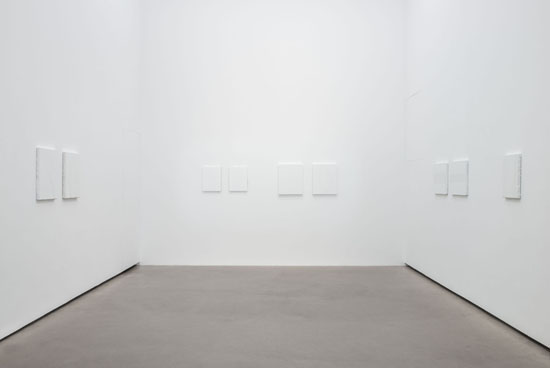 ‘Construction as ciphered information’ could be the name of the methodology of this series. A transition of control and chance generated by mathematical formulas into a perfect order: the formula, a design element.

The artist refers directly to the work of the composer Iannis Xenakis, whose music is explained by models of modern mathematics and physics, and creates a zone in which the exploration and application of mathematics, physics, statistics, game theory and randomized processes play an autonomous role in the arrangement and creation of these imagery. Forms and structures are everywhere, says Xenakis, in biology, paleontology, astrophysics, and nuclear physics. They provide excellent models, not to be imitated, but to stimulate and cause an agitation. 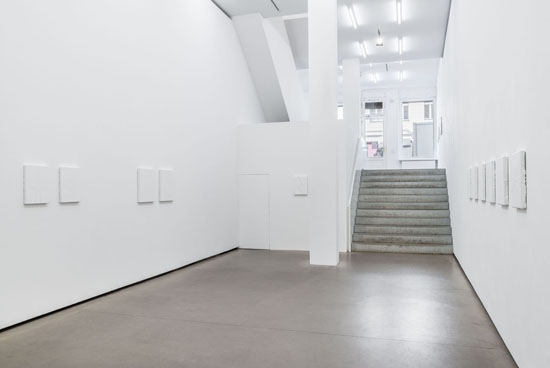 Carsten Nicolai’s bifoliate are reminiscent forms of animate and inanimate nature, of symmetry structures from botany (leaves, flowers, buds). Other patterns, in turn, draw sine or wave forms on the surface of the paintings. Works of the series entitled gauss, bessel, fourier or lissajous are derived from the formulas of mathematicians and astrophysicists Carl Friedrich Gauss, Friedrich Wilhelm Bessel, Joseph Fourier and Jules Antoine Lissajous. The observer is literally drawn into the curves of the individual graphs. The series does not deny a certain musicality, since the patterns are equally transferable (thus transposable) to an auditory level - turning the gallery space into a kind of ‘acoustic hall’ with ‘scores’ (notations) of a frozen sound.

With formula, Carsten Nicolai continues his oeuvre, inspired by the confrontation with scientific reference systems and mathematical patterns. Without negating in any way the primarily sensuous and poetic in his entire work. 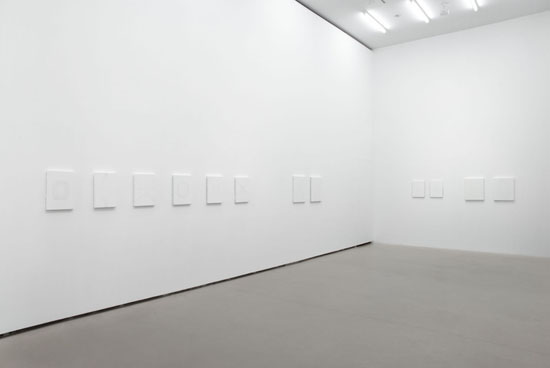