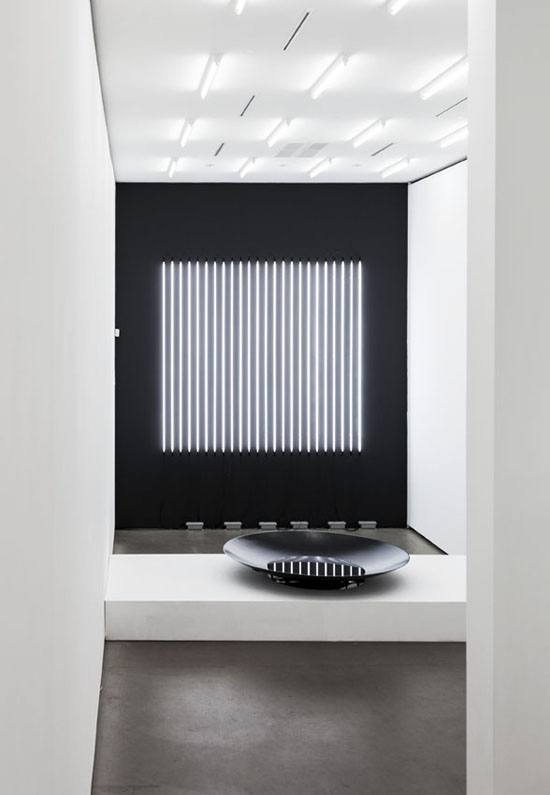 For the exhibition reflektor distortion in the Galerie EIGEN + ART Berlin, Carsten Nicolai developed a site-specific installation with the same title. In this installation, he deals with a theme frequently present in his artwork: disturbances, random occurrences, and self-organizing structures. As in his previous works, for example the series milch (2000) and wellenwanne lfo (2012), he sees the installation as an experiment that takes up reflections, disturbances, and interferences on a surface, thereby confronting the viewer with various questions about his own perception and the creative process. 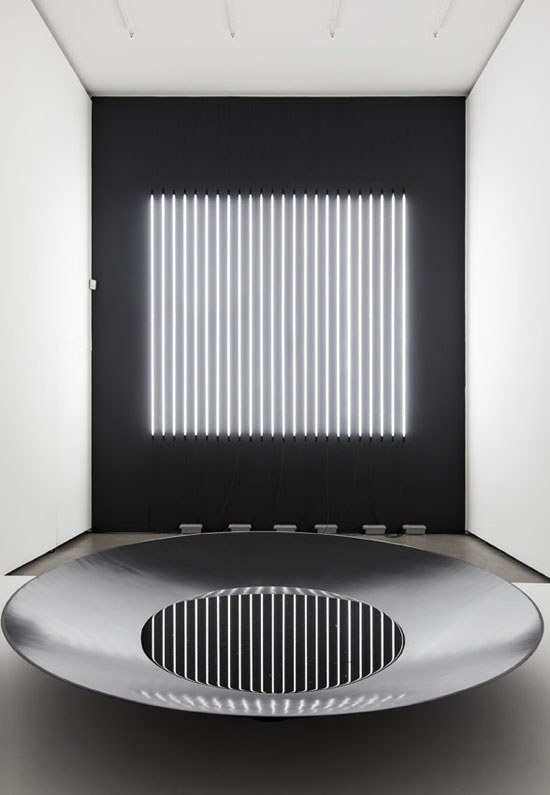 In the middle of the room with Carsten Nicolai's current exhibition is a parabolic basin filled with water, whose surface becomes a parabolic mirror. A motor rotates the basin, and a loudspeaker with low-frequency sounds additionally sets the water in motion. On the exhibition room's walls are neon tubes whose light reflects from the water's surface.

Both the rotation of the basin and the sound pattern produce interferences on the surface of the water, so that when the viewer looks at the basin he sees a modulated and distorted mirror image of the surroundings.

In this experimental set-up, the mirroring surface becomes a medium showing a distorted likeness of the surroundings. For Carsten Nicolai, disturbances are, first, random occurrences that break through accustomed perception, but at the same time also signs of the emergence of creative processes that can occur only through deviation from what is familiar or planned. In his work, Carsten Nicolai consciously selects the experimental situation in which disturbances and random occurrences are permitted and even desired.

In his current work, reflektor distortion, he confronts the viewer with the questions of how reality arises, how it is perceived, and what the viewer generates as reality for himself. What is reality? – Does it exist at all? 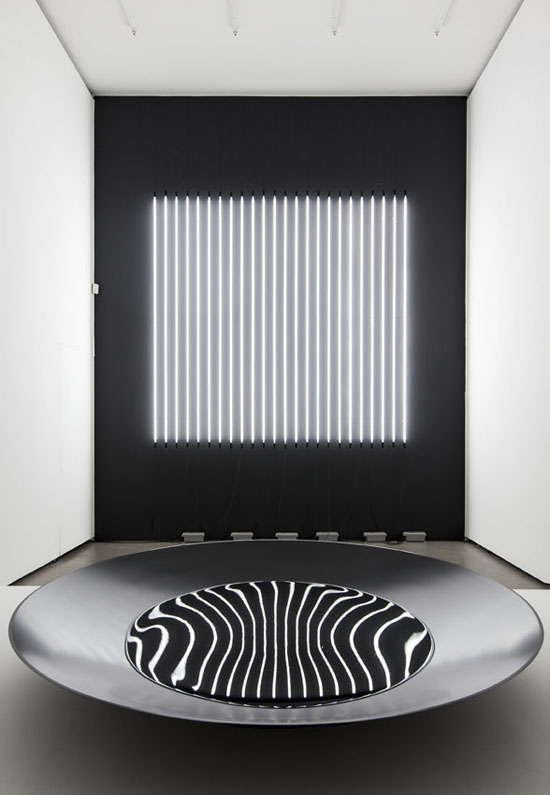