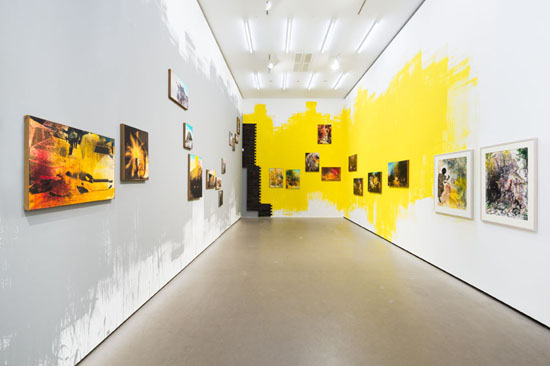 Goethe's trip to Italy ended in Calabria and Jörg Herold as a documentary archaeologist in the footsteps of forgetting and remembering accomplished this journey and traveled this year to San Luca (Calabria, Italy). Two series will be presented: "Adaptionen zu Arkadien" in which Jörg Herold follows the romance and journey through Italy of Goethe and parallel a second series which is discussing the "uncivilized and barbaric" mafia structures in southern Italy.

"Herr Goethe, of Weimar, traveled gladly and often. The target of his passion was Italy. On classic ground, in the country of the arts, he wanted to gain clarity about his creative powers. Which to be, poet or painter? He sought and found the key to his paradise – Arcadia. Landscape and art in perfection. For two years, Goethe traversed his ideal: "He had dreamt much of a model of his world-creation, which he spoke so long about, which he would so much like to make palpable, which wanders around in him" – here he found it, drew and wrote.

Generations after him followed his gaze and saw only immaculateness. But one region of Italy remained undescribed and veiled in darkness. Herr G. avoided the far end of Italy. His desire to journey ended beyond Naples. Anarchy and wildness reined in the outlaw country of Calabria, in the mountains and forests of the Aspromonte. What was raw and unpolished didn't have to be discovered.

The many who followed Herr G. on edification trips avoided Italy's South. In this dark seclusion, a male society developed that, 200 years after the German visited Italy, grew into one of the most powerful and effective criminal organizations in the world, the 'Ndrangheta. Clans of various families act undercover all over the world, marketing classic mafia products. Kidnappings, drugs, blackmail, money laundering are profitable branches of this prospering, dark industry. 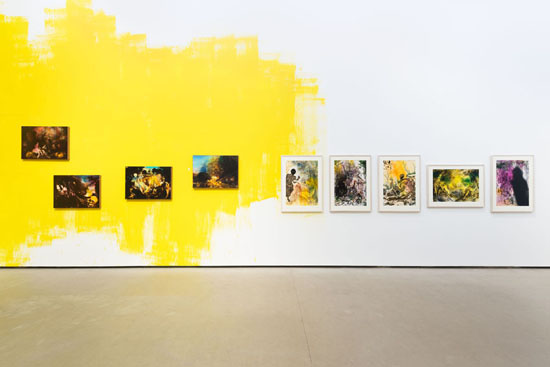 In 1973, when billionaire-grandson John Paul Getty III is kidnapped by the 'Ndrangheta, one of his ears is cut off to add weight to the demand for 17 million dollars. Five months later, he is set free and the 'Ndrangheta is now known all over the world to a media public.

After a family feud, in 2007 clan members execute six calabrese in front of an Italian restaurant, and the village of San Luca in the heart of Calabria, where both perpetrators and victims come from, moves further into the focus of the journalists. The media report nothing good about it, now stylizing it as the control center of the 'Ndrangheta. A way of life, archaic-seeming from the outside, determines the residents' daily life. Women and men go their separate ways, distance is maintained from outsiders. Nothing invites the visitor to linger here for long. One suspects that the wealth is squirrelled away in the houses. Money and gold aplenty – a hidden treasure hoard.

In this town begins my project "The Documentary Archaeologist's Gaze at Arcadia's Burn Wounds". I disregard the centuries-old fears of uncultured barbarism. The stubbornly cultivated prejudice about the criminal energy of the Calabrians. This is where I want to complete Goethe's Italian journey."