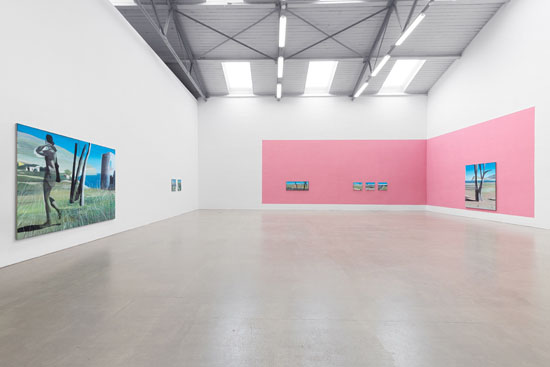 It seems to me that any description of Marc Desgrandchamps's painting necessarily involves its pervasive end-of-the-holidays feeling. And naturally, any understanding of the wellspring of this feeling would require mention of the seaside and mountain landscapes figuring in many of his pictures. Anyone who has spent time in places like these knows the stab of regret that comes with the moment of turning one's back on them. The eye wants to linger a little, the gaze sharpens in intensity, if only to etch more deeply in the memory the shape of these spots we must soon tear ourselves away from. The dying moments of the summer season bring with them a troubling sense of becoming unmoored, of being caught in a time span that has ceased to be that of ordinary life. A different couching of this narrow interval, and one the Desgrandchamps oeuvre could readily be identified with, is offered by Éric Rohmer's The Blue Hour, the first episode of his Four Adventures of Reinette and Mirabelle (1987). Reinette and Mirabelle meet in the country and quickly become close. To seal the friendship Reinette decides to share with Mirabelle that special moment when the nocturnal withdraws into sleep, those seconds just before daylight and the first signs of animal awakening. The absolute, terrifying silence she spoke at length about a few hours before suffuses the brief lapse of time she calls "the blue hour" – the embodiment, in fact, of concerns at once dear and familiar to a Desgrandchamps deeply responsive to this kind of tenuous, uncertain, fleeting moment. As Reinette sees it, if the world were to come to an end one day, the disaster would take place precisely during this hiatus. It may well be that this intimate conviction has made its way into the visions Desgrandchamps ranges through in his canvases. Everywhere unsettling signs impinge, scraps and shreds pointing to an urge to assail and even demolish the normality initially conveyed by what is depicted. These indeterminate motifs have a destabilising effect on representation, inflecting it towards considerations tinged with a kind of latent anxiety. Far from undermining the composure of the characters, however, the resultant tension seems to be without repercussions for their manifestly relaxed, carefree state of mind. Summer, soon to be over, is shading off endlessly beneath a cloudless sky that will make the moment of departure crueller still. We must take the decision to leave, and dispel the underlying melancholy that goes hand in hand with periods of happiness felt to be too short.

Text by Pauline Nebécourt
Translation from French by John Tittensor 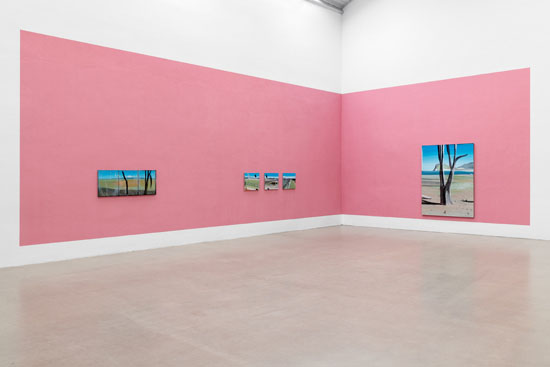