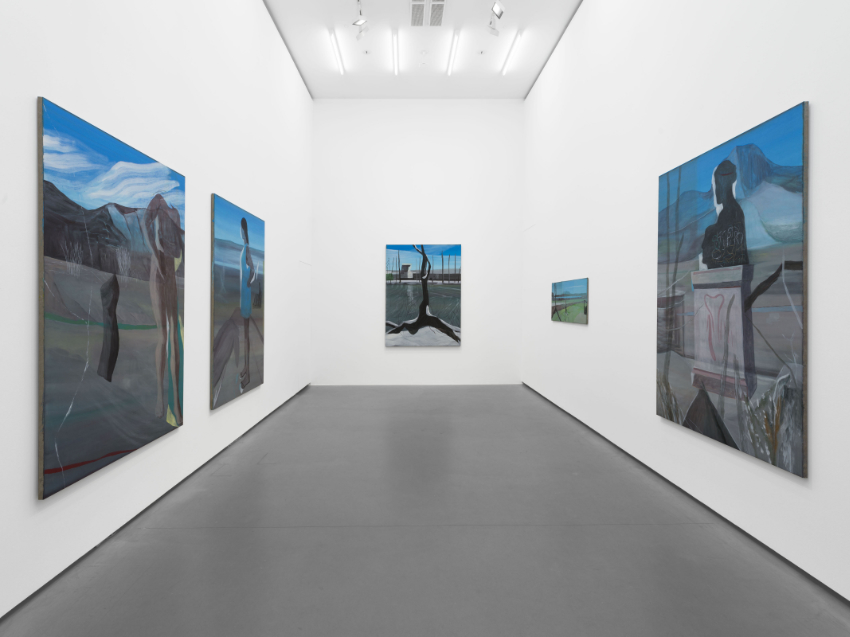 „Die blaue Stunde“, your last solo exhibition in 2019 at the Leipzig gallery space, dealt with ways of saying goodbye, of leaving a place where you felt very comfortable. In the past two and a half years the world as we knew it has changed so much; we felt some kind of threat, we have become even closer with our relatives and friends, it was almost impossible to travel, and the people one knows had become even harder to reach. In which way has your focus shifted and which circumstances inspired your new body of works?

Since the beginning of the pandemic we’ve been living in a strange time. At first we thought it would last only a few months, in France the media often spoke of the "world of tomorrow", but today we have to realize that the situation persists and it might continue for a long time.
This state of emergency that is settling in with us, is deeply disturbing. This period, however, has not changed my approach to the works, since my paintings–even the ones that appear most carefree–have always been motivated by a deep-seated sense of unease. In the new paintings this restlessness manifests itself in the impression that something is missing, the feeling of absence, almost of sadness.
It is as if a catastrophe had occurred, and now the survivors stand there as if dazed. At the same time, there is a kind of reconstruction, of resumption, sometimes of joy, which also reflects life in its continuity and strength despite all the trials of fate.

The scenery of your works has shifted away from the beach. Is there a new space in which your protagonists now find themselves?

I often painted beaches because they are a place of emptiness, a transitional space between land and sea. For some years now, they have also been the place where people who try to flee from unbearable living conditions arrive. The common feature of the landscapes I paint is the horizon line that delimits the scene as something distant. This horizon line can be a mountain range, a plain, an ocean, or a building. Figures often cross these spaces, figures that one does not know where they are coming from or where they are going; they could be an echo of the uncertainties and fears that sometimes overwhelm us. 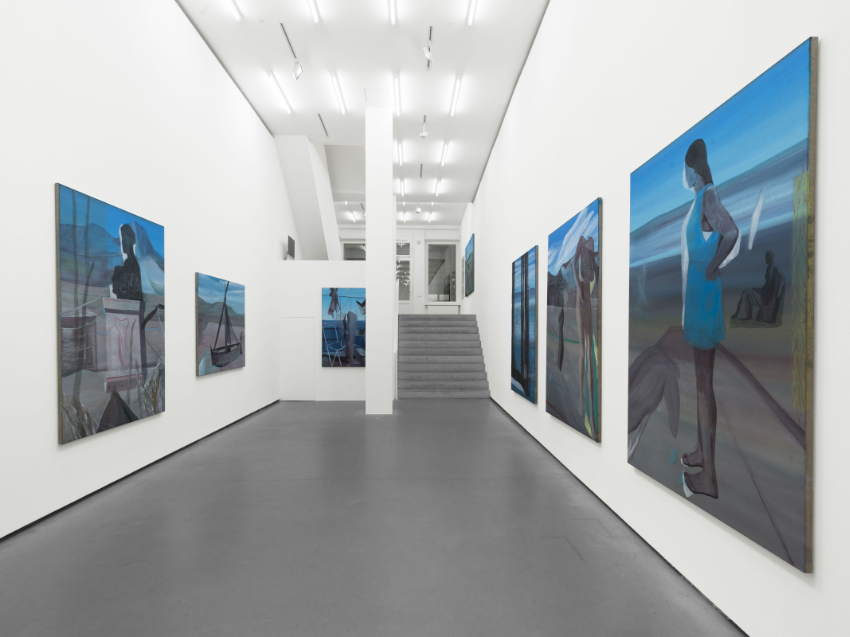 The protagonists are now paler, they withdraw from the observer, flee or show themselves in a bent posture. Does this stand for protection or for retreat?

It could be a sign of escape; "Le Lieu d'une fuite" (The Place of an Escape) is, by the way, also the title of one of the paintings. This is not necessarily the escape from a threat, it can also be an escape from oneself. Sometimes, however, the protagonists assert themselves along the way–as if they were taking their destiny into their own hands and deciding to take action.

What's new is that you add titles to the paintings to give viewers a clue. How did this come about?

These titles are not to be taken literally, that is, they are not the description of a situation, but rather the reflection of a mood or mental state. Marcel Duchamp said that the title of a painting is a color that has not yet come out of the tube. Lately it is a color I would like to add, and perhaps this is an indirect effect of that period we've been living through for the last two years, in which people write to each other more often than they actually meet. A title is made of words, and sometimes it seems like a letter addressed to the viewer. 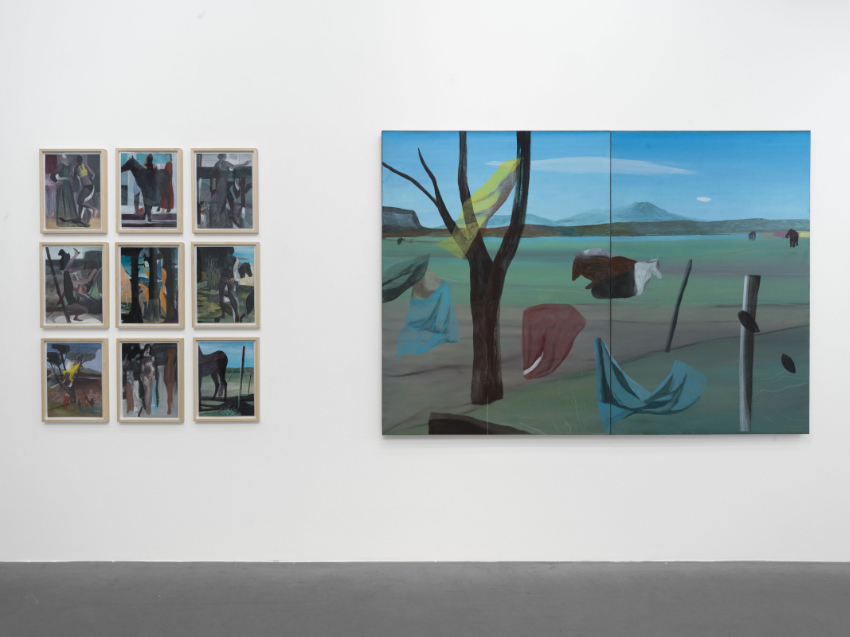 In your works, one always finds references to works that already exist in art history. Nicolas Poussin is a French baroque painter who fascinates you. In addition, political events or autobiographical details influence you. It seems like there's always a moment of excitement or pause that stimulates you to create new works. How do you process that, and do your images contain a message?

There is no message, even if in the previous answer I spoke of a letter that is sent to the viewer through the title! Again, there is no message, but the testimony of a state at a certain moment. There is no unambiguity, because the world and the totality of the situations of which it is the scene often seem ambiguous to me. It is a fragile, uncertain, transient state of things. At the end of the First World War the author Paul Valéry said, "We later civilizations... we too know that we are mortal." Today we know that humanity as a whole is mortal, and this knowledge must help us to live, to act and not to despair.