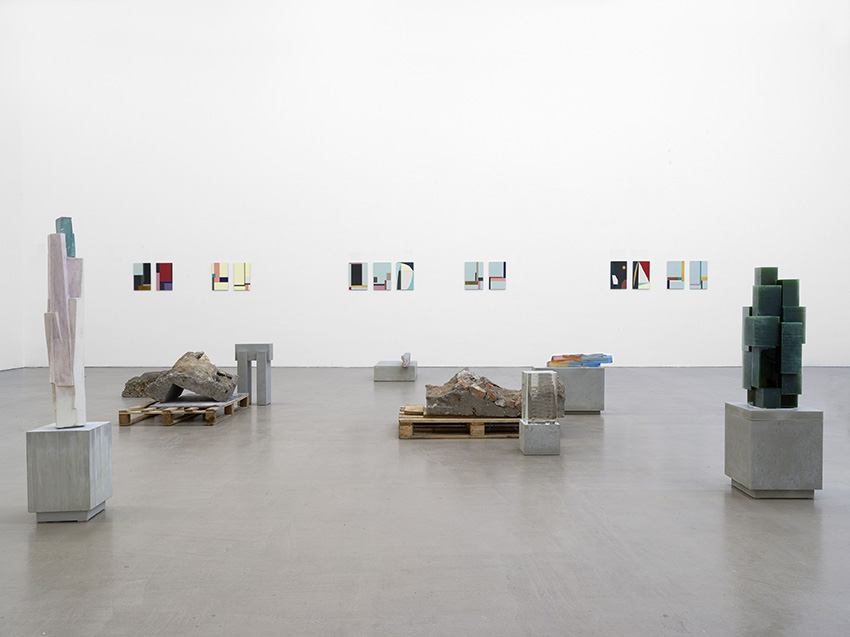 In the past months, Kai Schiemenz undertook a kind of archaeological excavation. Invited by the Center for Urbanistics in the course of the project “RE-TURN Skulpturenpark Berlin_Zentrum”, he dug holes in the area of the former no-man’s land beside the Berlin Wall in the city’s center; he poured concrete into the holes and extracted the castings from the earth. For decades, this strip was part of the city’s fallow surface, a prohibited zone. While excavating, Schiemenz sometimes found relics of the cellar walls of buildings long since vanished whose aboveground life was over more than half a century ago. Today this area is home to a well-to-do residential quarter that nonetheless does not appear much more alive. The coarse concrete structures that were lifted from these last empty spaces in the district now stand in the exhibition space. They tell a tale of their origin from (urban) nature; stones remain adhering to them, debris. They capture a site that no longer exists in this way. Because they exist, what is lost has a present. 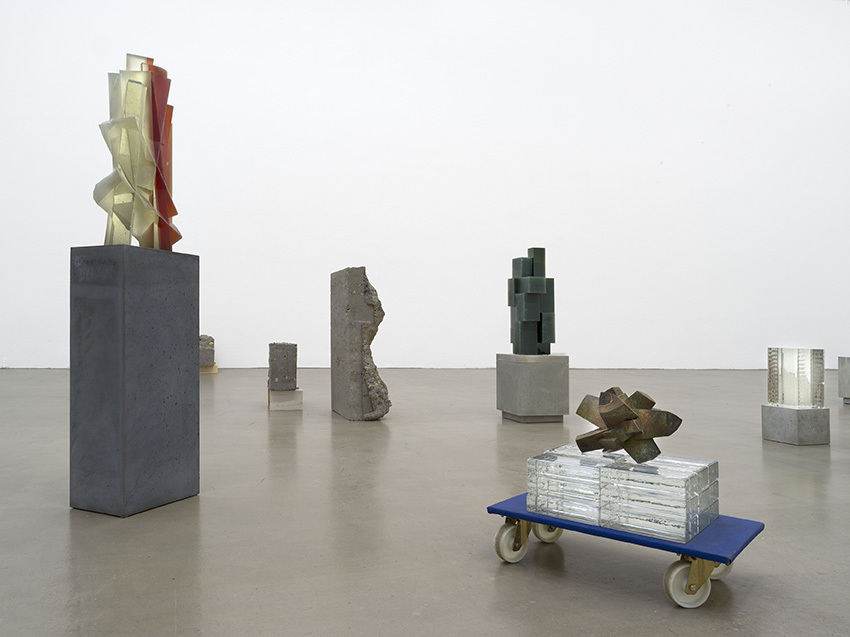 The acerbity of the gray, porous concrete is juxtaposed in the exhibition with the cool edges of the polychrome glass works like “Beryll”, “Topaz”, and “Rotil”. The starting point for these works is Schiemenz’s fascination with crystalline forms, with geology in general. The forms and materialities of the crystal bodies built in the studio point to their models in nature and are simultaneously autonomous architectures, expressionistic constructions in space. As in his earlier work groups the “Steine” (stones), Schiemenz has transposed the crystal forms into glass in Bohemian manufactories. Their capacity to take up and reflect light constantly alters our perception of these actually unchanging bodies; they are subjected to seeming transformations. The interplay between the glass’s opacity and its transparence opens up a space in the sculptures’ interior and allows the viewers to lose their gaze in this visually indeterminate dimension.

Two strategies for making sculptures encounter each other when the concrete forms and the glass sculptures are viewed together: the former result from a negative form, through casting in a hollow space; the latter from a positive form, through the construction of an object and its molding, in this case by a crafts workshop. Common to both work processes in Schiemenz’s method is the loss of control, the unconditional play with chance. Here, form and space arise. In the encounter among the sculptures, a new space results, a kind of park with earthy and crystal forms. A new nature is created. 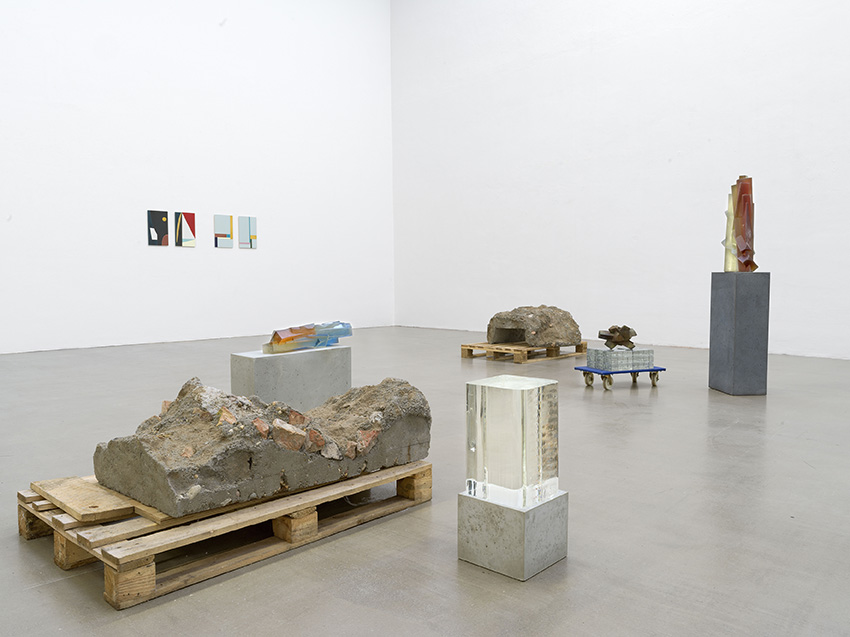