On Thursday, February 9 at 7pm, we cordially invite you to a conversation between Raul Walch and Lukas Feireiss in the Leipzig gallery. 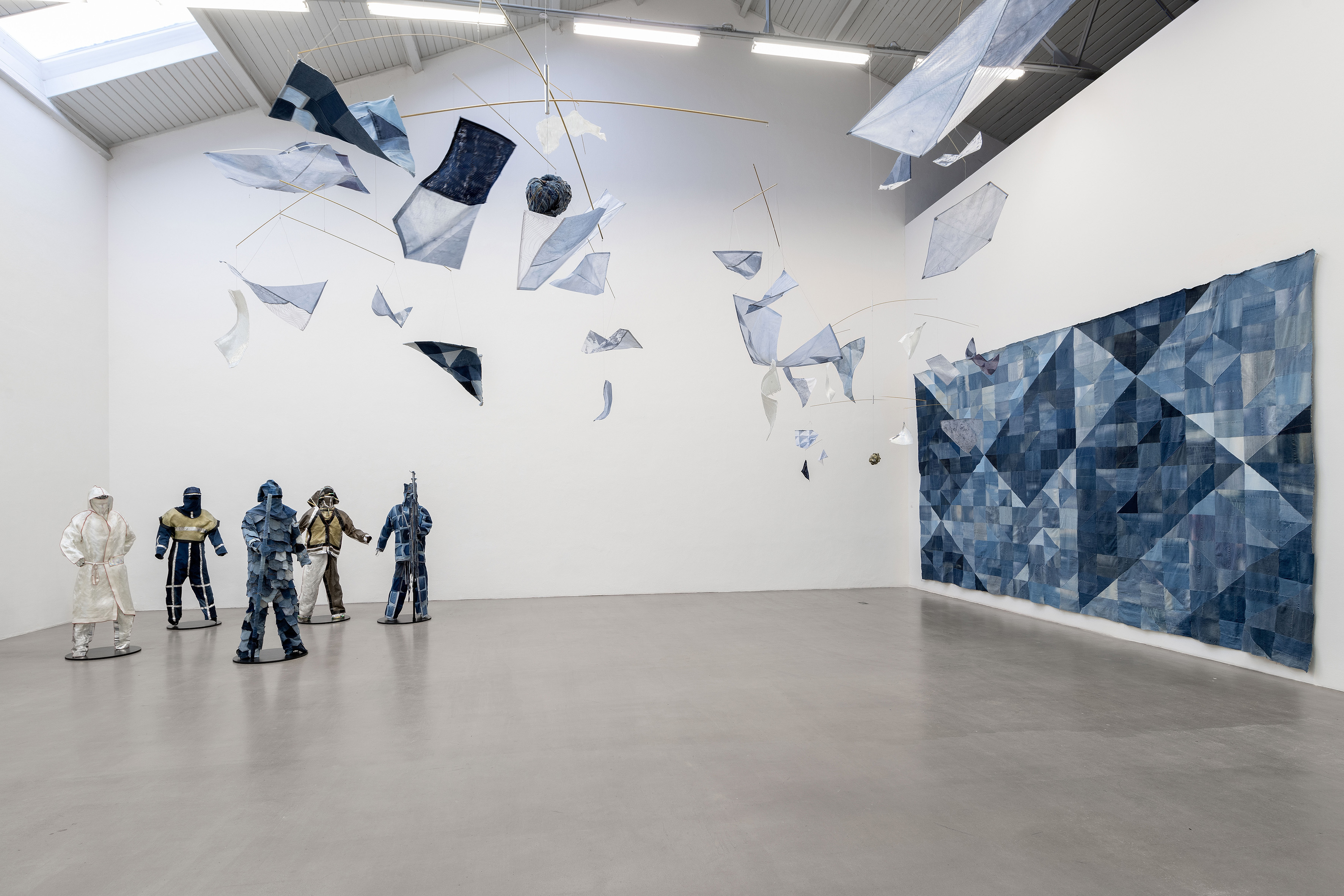 In his current solo exhibition NOTOPIA Raul Walch (*1980, lives and works in Berlin) features a new film following multiple characters dressed in Walch's characteristic costumes. Reimagined as a sculpture, the outfits contrast the otherwise dominant atmosphere of elegance and reduction. Several textile works speak to the overarching narrative of the show, while a large-scale mobile hangs above bringing together the divers materials present.
(...) The specific material focus connects the presented works. Denim is the bearing material and at the same time the pictorial ground of the large-format prints and textile works, which take up the abstract use of lines in swooping motions and thereby correspond with the mobiles. Part of the inspiration for this was the structures of the fabric and the characteristic decorative stitching of the pants pockets. The costumes, solidified as sculptures, are created from the two kinds of materials. As coverings and ghostly shapes, the group of five remains enigmatic. Its pathos-brimming pose reminiscent of fantasy characters and superheroes appears as an ironic rupture of the otherwise dominant atmosphere of elegance and reduction. 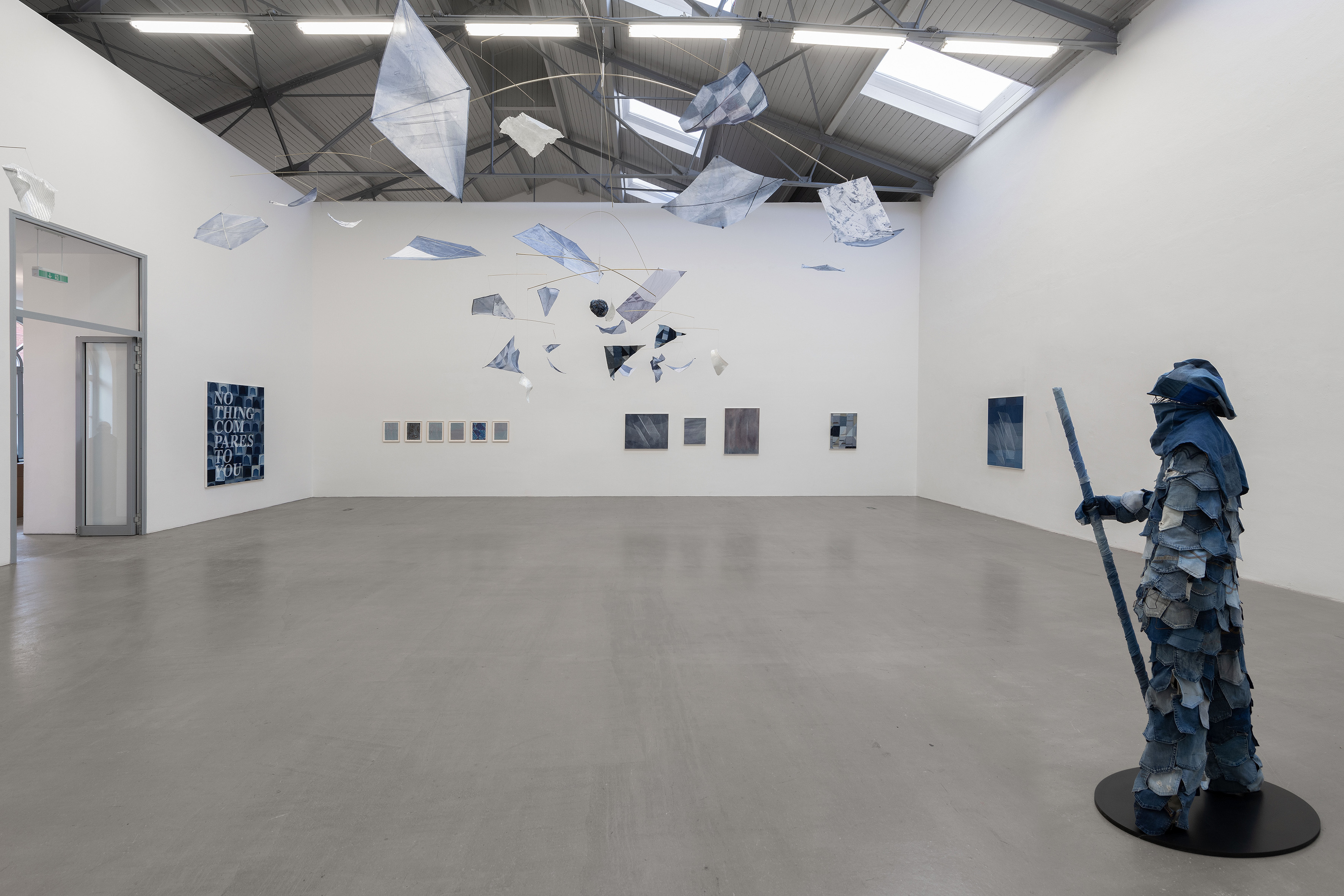 What follows is a symbolic descent into the catacombs of the unconscious and the repressed. In the basement, the artist shows the video work Squatting the Ruins of Utopia. In the video, we again encounter five cloaked figures. The futuristic-fantastic symbol-bearers take us to inhospitable sites: the destroyed landscape of a forest burned to charcoal; the architectural non-site of a bloodless office building ensemble in rasterized crenelated architecture; a soulless, artificial tropical paradise; and the towering material mountains of a recycling center. These are the sites of an imagined dystopian future. But these sites are already among us. Raul Walch and his team shot the video in Berlin, Brandenburg, and Saxony-Anhalt. A fifth sequence shows the ruins of the Colosseum in Rome and acts as a commentary on the others: are we already looking at the ruins of our civilization? Was modernity itself merely a utopia?