"I want to change direction, because the world changes so fast," Akos Birkas explained during our talk in October 2016. That is a daring attitude, because changing direction is not exactly one of the proven stylistic means to artistic success – especially not when the artist reaches a certain age. For extroverted natures, the eternal return of the same offers a certain security, because it stabilizes the level of public resonance. For a thinking artist with a tendency to inwardness, however, and we encounter one in Akos Birkas, readiness to change is existential. In this delicately retrospectively organized exhibition, we become witnesses to Birkas' transformations. We experience how radically he deals with himself and with the viewer as creature of habit. 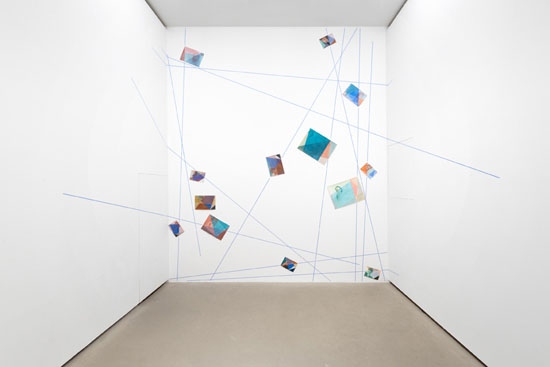 But first, there are those ovals, almost always titled "Head", that he created from the mid-1980s through about 1999. The world had gone out of kilter, a biographical upheaval that the Hungarian Birkas shared with millions of Eastern Europeans. His work reveals hardly anything of these tumults; it remains calm, concentrated, concentric. Just as a monk in a Zen cloister rakes patterns into the sand garden, Akos Birkas deliberately and meditatively brushes an elongated, round, impasto form onto the canvas. He begins with a rather restless interior structure and flickering color mixtures, and usually the heads are pieced together from two or three panels. Suddenly, a kinship emerges with the frugal icons that Alexander Jawlensky distilled from faces or with Malevich's late prototypes, whose oval faces were not even masks anymore. Out of this extreme simplification grows a spiritual quality, as if the aura itself had taken the helm. For don't we associate aura with a round form, whether it is flat or spatial?

All of this also goes for this phase of Birkas' work. After a few years, his palette drifts into a gray-brown-black monochrome. This may indicate emptiness and melancholy. A self-reflection? Now, with such an intimately conceived head form, the possibility of a self-portrait is always hinted at, despite all programmatic abstraction – especially since Birkas delved thoroughly into this classic theme in his early photo experiments. It is certain that he engaged in a conceptual self-observation here. But instead of practicing a gradual fading away, like Roman Opalka, Birkas put on the brakes. In retrospect, the painter describes the dilemma he had maneuvered himself into with his "linear, consistent concept of reduction: "...the danger was that soon I could work only with the poor remnants of my pictures... I had to find a path to a viable way of painting." (A.B., 2006) 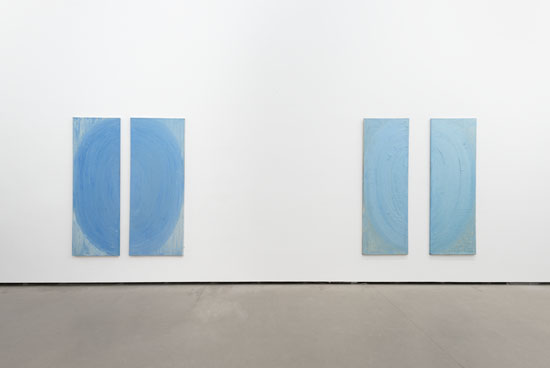 So a change of direction toward figuration, a veritable counter-program that initially was sometimes flanked by quotations of the face as oval or by painting surfaces dismantled as accustomed. But in general, he wants to be led through the new, "more communicative, realistic painting... to an unknown region" (A.B., 2006). His paintings become narrative theaters. Based on various photo templates, he now concerns himself with socially critical themes. Without shying in the least from stridency or strong emotionality, he treats the bleak symptoms of worldwide migratory movements as early as 2006 and devotes himself from 2012 on to the dawning of populism.

It is certainly not doubt about such committed contents that leads Akos Birkas to his recent transformation. The questions he currently poses are more artistic and philosophical than thematic in nature. 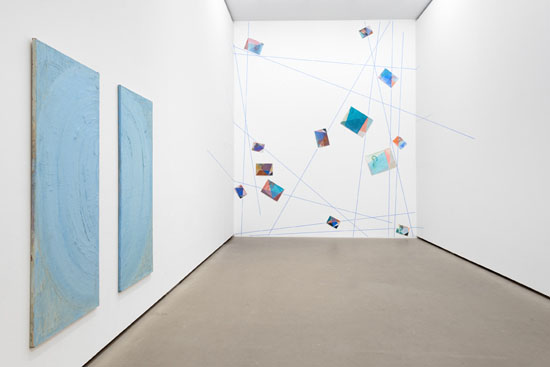 He says he has the feeling that the pictorial space for the human figure – which has always been defined as a stage – is increasingly dissolving into fragments. He thereby alludes to the current influence of digital communication on the entirety of visual reality, and he adds: "If you take that seriously, it is a universal problem. I have to try to formulate something on this front of existence." This self-prescribed imperative is impressively mirrored in his new series of watercolors, created last summer in Aschersleben. Here we see some of them in an installational composition, connected by an irregular network of lines. On the sheets of paper, themselves, float delicate, bodiless portrait heads. Geometrical color fields overlay and hold these figures. And although the artist's interest here is in the disintegration of traditional pictorial worlds, he simultaneously attempts a synthesis. For he quotes the old motif of the head as oval, but now figuratively, and embeds it in abstract constructions. "Insight" is one of the titles in this series. What is actually depicted is not such an insight, however, but rather the path toward it. The facial expressions and gestures of the various persons are much too brooding and vague. It is no coincidence that among them are self-portraits of Akos Birkas. They seem like brief glimpses into the mental workshop of (his) constant transformation.