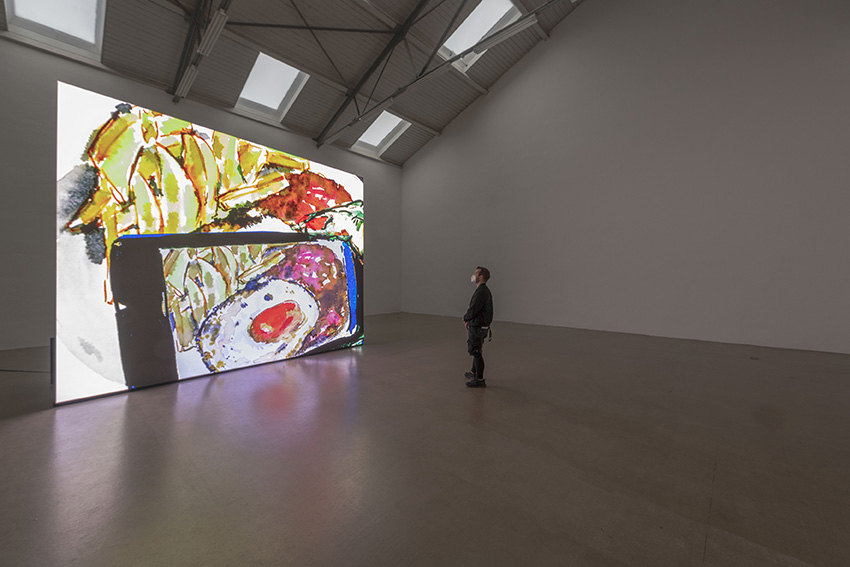 In Birgit Brenner's exhibition "Final Call" the eponymous 32-minute film, which she made during her residency at Villa Massimo, takes center stage. It will premiere in Leipzig on a large LED screen and addresses the grave social consequences of the alienation of today's homo sapiens and the rapidly accelerating destruction of the world.

Structured after the narrative schema of the creation story, Brenner's film presents us with a dystopian scenario. Her protagonists, a man and a woman, have become obsolete, the digital revolution has made them superfluous. They do not know each other, rather they happen to spend a week's vacation in the same place, where they grow bored, while also searching for a new purpose in life - be it by means of a nature experience, in a nature that no longer exists, in book guides, or in the search for love that ends in sex tourism. All experiences are alienated and deprived of reality by the dull interposition of the smartphone. Increasingly perplexed, a social bot comments on the actions of the characters. Humans and animals are subject to social scoring in the film, something that has already become an eerie reality in China. Freedom has become a dreary illusion.

Building on the exhibition "Promise Me" at the Städtische Galerie Wolfsburg, which has been running since fall 2020, Birgit Brenner continues her exploration of the medium of film:

„I've always described my two-dimensional works as „stills". Now, I'm placing these stills one after another instead of next to one another. What's the result? What does this change? I like that a film functions as a further expansion, enabling me to tell even more. It liberates me from spatial limitations and allows me to open up wildly disparate worlds."*

With "Final Call" Birgit Brenner offers us a sharp commentary on the forlorn state of humanity in our time and stresses the urgency of action in view of the state of the world, without being didactic:

„We look on without knowing what to do. Or we know what we need to do but don't do it because the system would collapse. Perhaps that's always been the problem facing humanity. Instead of tackling root causes, we improvise makeshift solutions. We're too busy following procedure to take action."*

*Excerpts from an interview with Birgit Brenner, conducted by Anke Sterneborg 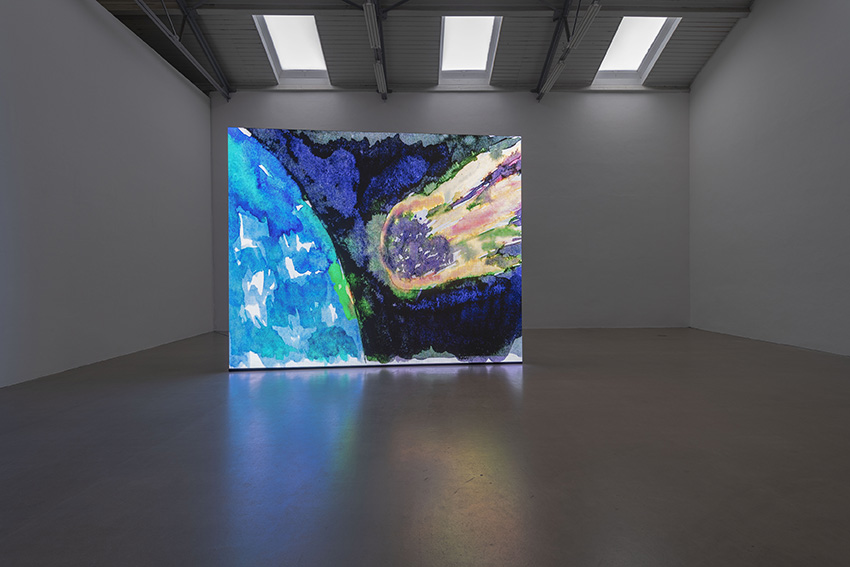