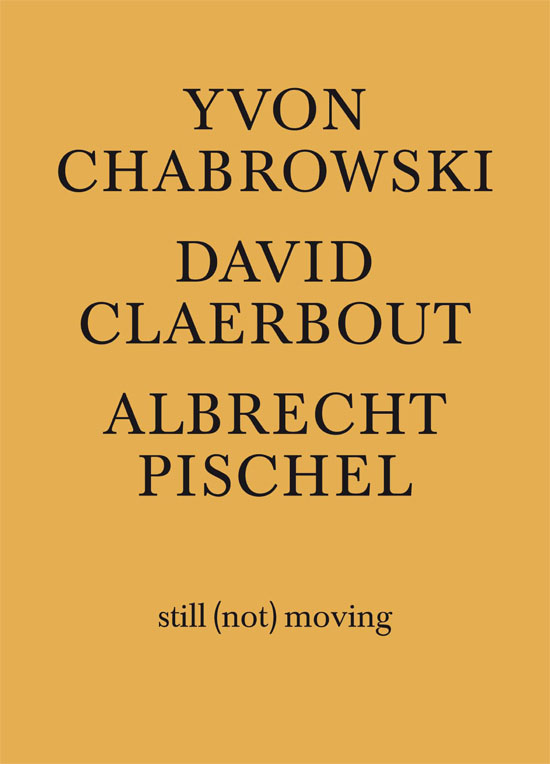 January 30, 2014, 6 – 8 pm
Tour through the exhibition with curator Prof. Dr. Dieter Daniels
The tour will be in German with Englisch comments.

In the current exhibition still (not) moving, the EIGEN + ART Lab and the curator of the exhibition, Prof. Dr. Dieter Daniels, present three positions from the field of Visual Media.

In their works ,Yvon Chabrowski, David Claerbout, and Albrecht Pischel ask about the interstitial world between still and moving pictures that is newly arising through digitalization and changed cultural practices. Their refreshing indeterminacy opens up a still little-known aesthetic terrain that can be described either as a hybrid between or as a synthesis of photography and film/video. Along with the media-technical questions, a new grammar of artistic production comes into play: “A language written, but not yet spoken” – as David Claerbout formulated it in the conversation conducted in preparation of the exhibition. This type of artistic work corresponds to an equally undefined stance on the part of recipients, which oscillates between duration and momentariness. All of this is condensed to a formula in the exhibition’s title, still (not) moving. The three artists each work in a different way on this new grammar.

Yvon Chabrowski transforms pictures from the mass media into the reflective space of a new, slowed down temporality. In Dramatische Funde im Schutthaufen (Dramatic finds in the rubble heap), she turns a press photo of a police operation in the ruins of the home that the neo-Nazi terror group NSU burned down in the city of Zwickau into a performance with actors who, caught in a video loop, are caught forever in their search for forensic evidence. The interminability of historical events, for example of National Socialism, is made graspable in a symbolically reduced form. In the opposite direction, in Land, Yvon Chabrowski arrests the suggestive flow of a histo-tainment broadcast from German television to create what she terms a “moving still shot”, a sequence looped in microseconds and layered in video levels. The manipulative effect of the images emerges along with the seductive beauty released from them through reduction.

As a premiere, Yvon Chabrowski realizes for the exhibition still (not) moving her first work with live actors, Afterimage / Anti-Demo. The tableau vivant is based on photos circulating in the Internet of Russian demonstrators in conflict with law enforcement forces after Putin’s promulgation of the anti-demonstration law. But the persons are robbed of their typical identifying badges. They can thus be read as a continuation of an iconography of battles and conflicts as depicted for centuries in European painting. The performance takes place in the backyard oft the former jewish girls school on February 13th, 2014 at 7 pm. 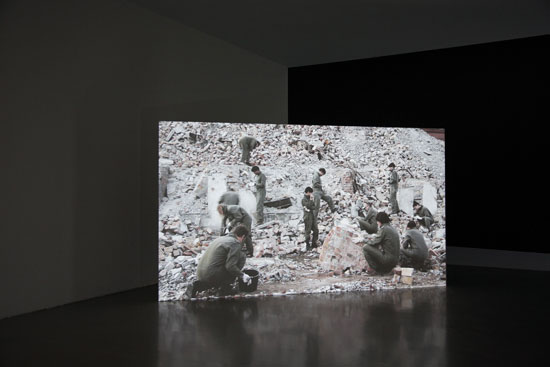 David Claerbout is the “classic” of this new interstitial world and has been working since the 1990s primarily at the interfaces of photo/film/video and the digital image. With Untitled (Single Channel View) from 1998-2000, we are consciously showing an already “historical work” by Claerbout in dialog with the two younger artists. Only at second glance does the seemingly unmoving black-and-white picture of a class of 12-year-old schoolboys show minimal motion in the background: a breeze lightly tosses the shadows of the trees at the rear of the classroom. So here we see a projection of the projection and a medium within the medium. The shadow in the video projection and the photo in the video image – between these levels, a media and simultaneously existential gap seems to open up: the memory of school days apparently long past is joined by the gentle presence of a breath of wind, and a fading photograph’s promise of authenticity is suspended in a video manipulation. 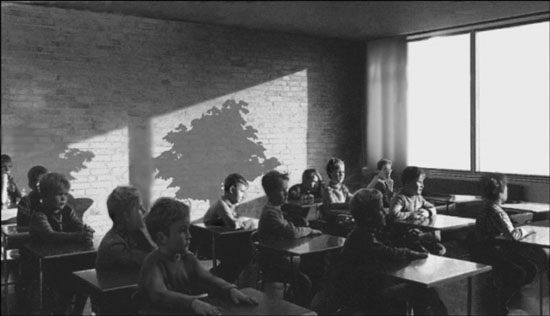 Albrecht Pischel presents his works in the analog medium of film, but his content relates to painting as well as to photography and digital techniques. The 8-millimeter film “Now is forever New” was shot, unnoticed, with a hand camera in front of Barnett Newman’s original painting “Vir heroicus sublimis” in the New York Museum of Modern Art. Clearly a completely unsuitable way to reproduce a 5.40-meter-wide picture, but through the wear to the rolls of film, it assimilates its object over the duration of the exhibition: scratches in the celluloid overlay the fissure that Newman terms a “zip” in the painting to the point of unrecognizability/endlessness. The 16-millimeter projections, in contrast, seduce the viewer with their analog charm. Neither is based on real filmed landscapes, but rather on their digital simulation in a software application of the operating system OSX. Natural cycles of movement and animated loops overlay to produce an only seemingly continuous moving picture. “Yosemite“ is thereby a reference to early American landscape photography – one could almost believe a previously unknown film by Ansel Adams himself had been discovered. “Sunset” shows an image evoking yearning that circulates in countless reproductions; its lack of site and time corresponds to a lack of any recognizable references: in the face of their endless repetition, it no longer plays any role where these waves ever rolled on a beach or when this sun ever set. 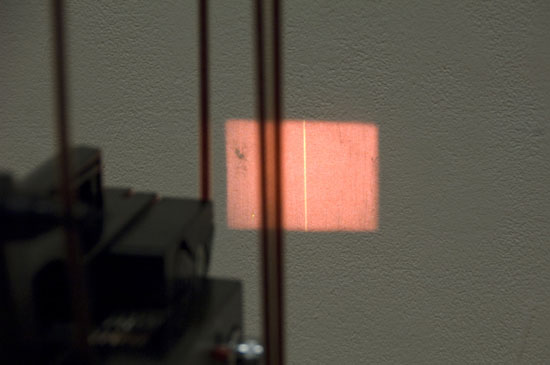 In our own everyday media practice, too, we push forward – sometimes even unintentionally – into the interstitial realm between still and moving images described here. For example, when we shoot a video instead of a photo because our smartphone/camera/video recorder was still set to its video function. The blog to the exhibition still (not) moving is devoted to these little "involuntary" short videos:

You are cordially invited to send us your short videos. We look forward to receiving your data file, tagged still (not) moving in the subject heading, at the e-mail address video(at)eigen-art.com
The videos will be uploaded to the blog along with contributions from the artists; let's explore this interstitial world together.