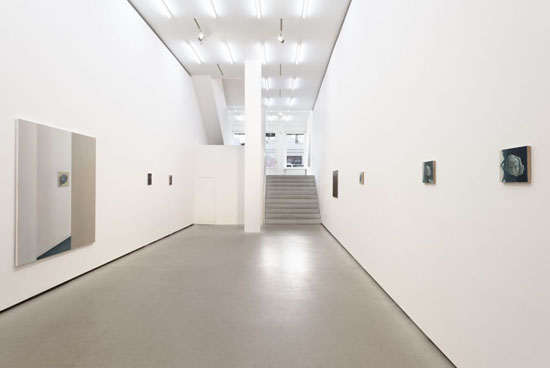 "The first time I was in Rome when I was very young," the sculptor Francesco da Sangallo tells us, "the Pope learned about the discovery of some very beautiful statues in a vineyard near Santa Maria Maggiore. He ordered one of his officers to tell my father he should go and see them. Since Michelangelo Buonarroti was always to be found at our house, my father wanted him to come along too. I joined up and off we went. I had climbed down to where the statues were, when immediately my father said, 'That is the Laocoon, which Pliny mentions.' Then they dug the hole wider so that they could pull the statue out. As soon as it was visible everyone started to draw, all the while discoursing on ancient things." In this archived live feed from the beginning of the Laocoon's reception on January 14 in 1506, the newly unearthed sculpture meets with a present that can hardly wait to devour the past and perfect the ancient slab of stone after its own ideas of what should have been. 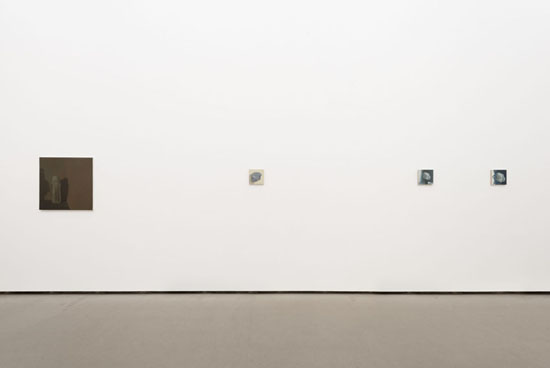 The different ages seldom meet that fruitfully, though. When we consider the more or less fragmented pieces of gothic sculpture we find in museums, they have entered their unpleasant situation through historical misfortune, anything from iconoclasm to air pollution. They have reached an endpoint in their life as objects, caught within an inescapable concept: the torso, a body that cannot be amended without being destroyed. Rodin for instance newly composed severed limbs and blunted trunks within the genre of the torso. He defended himself by insisting: "Every part of the human figure is expressive!" The lone torso in the museum feels no need to express itself, though. It has become form purified by time. It poses no questions. It belongs to no body.

And yet the Gothic sculptures that figure in Tim Eitel's recent paintings appear strongly individualistic. This puts them in a lineage with the faceless but charismatic figures seen from their backs throughout Eitel's work. The most immediate past with which the artist has to do is his own, of course, and so we find a continuity of spaces separated into clear planes that have sudden transitions running through them like space-time folds. We find poses not as means of expression but witnesses to an attitude, held by sculptural torsos as well as human beings perceived through an abstracted eye, or fragmented points of view, beings less placeable than the chairs by Jeanneret on which they are posed. Much like our own time, the Gothic sculptures are driven by a sense of style rather than by an idea of man, there's a keen sense of fashion in their posture, the draperies, the coiffure waving around a high-domed forehead. 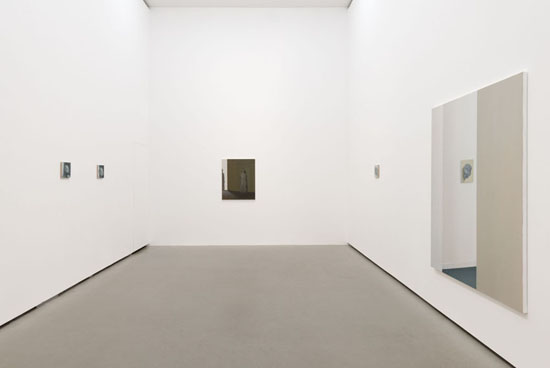 As far as they can, Eitel's paintings remain outside the stream of time. Sometimes that's easy, as there is nothing more timeless than a piece of old stone screwed to an iron base in the far reaches of a museum space where the most exciting spectacle is delivered by the changing light from the windows wrestling against the fluorescent lighting from the ceiling. But even in his figure paintings, Eitel allows the scene to rest in itself. There is no action required. Doubling his motifs or even complete pictures, Eitel indicates the return of the same point of view under different conditions. In fact you cannot watch the same painting over a prolonged period of time in the same setting the same way, and even spectators have their fruitful moments and on other occasions can't think of anything to see. ("That only is fruitful which allows free play to the imagination," Lessing says here, while pondering the Laocoon. "The more we see the more we must be able to imagine; and the more we imagine, the more we must think we see." Which rather sounds like a strategy for willfully overloading the human reception apparatus.)

"Most artists scrutinize their work to make sure it is in the vicinity of their intention," Barbara Novak and Brian OʼDoherty ascertain...and indeed Eitel has often stressed that he spends the largest amount of his time in the studio just staring at the canvas...they tell about Mark Rothko, who "gave the impression, as one watched with him, that the painting was unknowable, precisely because he could not foresee or experience the infinite complexions of the painting as it equivocated in different lights. Rothko's concentration at such times filled part of the silent studio." Concentration as a temporary sculpture, while the painting evaporates under the questioning eye. With the past, this has nothing to do. And not really with the future. We live in the now.

Current exhibition With the past, I have nothing to do