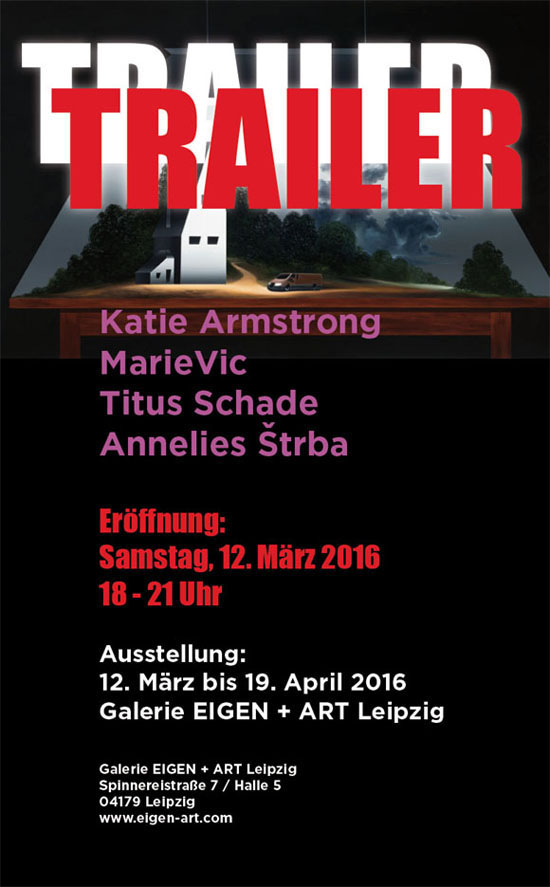 On Saturday evening the opening takes place from 6 to 9 pm in the Spinnereistraße 7, Hall 5, in Leipzig Plagwitz. You can expect video works by the American artist Katie Armstrong and the French artist MarieVic, who both live in New York and Berlin. New works on canvas by Titus Schade, a former master student of Neo Rauch, and also two large scale video projections by Annelies Strba will be shown.

Katie Armstrong is building up digital flip-books, which she tops off with the sound of her own voice and lyrics. Her final short-films result from the sequential arrangement of many drawings which documents a sequence of movements. 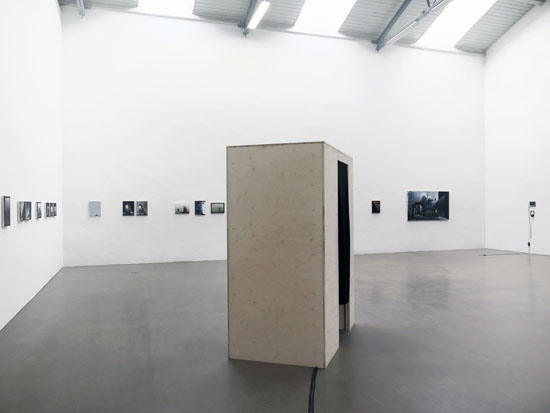 Marie Vic exhibits video installations, which are based on famous movie scenes. In the basement of the gallery three scenic works are shown as installations staged as film stills adapted with an associated video. 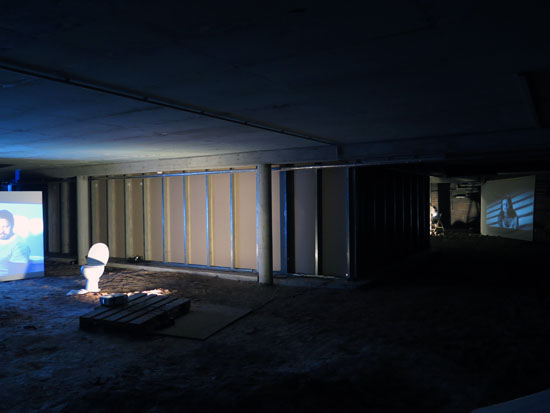 Titus Schade's spots act as an animated film shot by a location scout in Hollywood and – as paintings – they play with perspective and time. 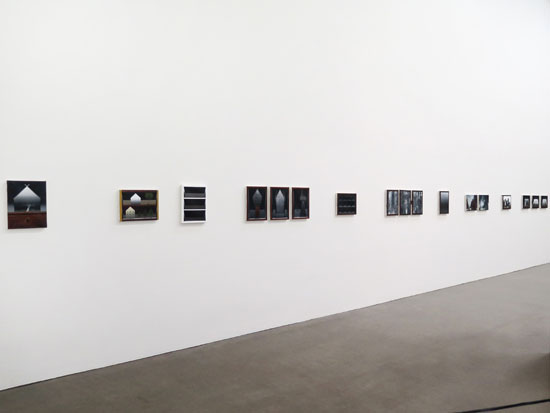 Annelies Štrba, who shows two films, which were made 1999 in New York and 1999 in Paris. The artist estrange her videos by slowing them down or using other technical anomalies to enter the viewer's subconscious. 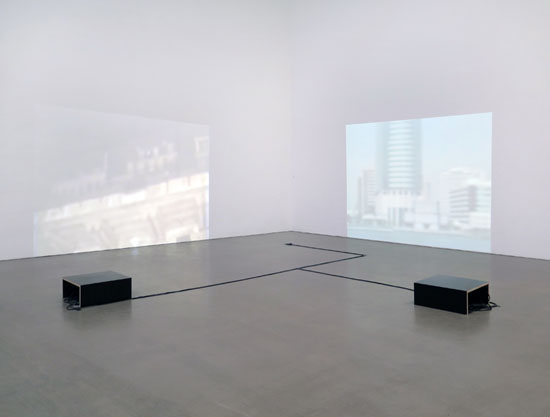