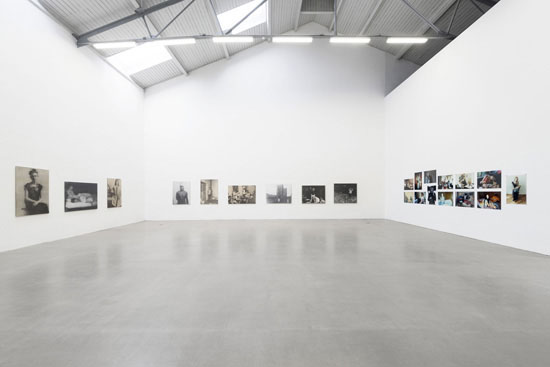 Shaman of Photography or The Leap into Color

Annelies Štrba has been photographing since her youth; the public was unaware of her with her pictures until 1990, when, at the age of 43, she had an exhibition at the Kunsthalle Zürich. She and her life partner, the artist and jewelry designer Bernhard Schobinger, already released publications with black-and-white photos of models in the 1980s, and at that time, their daughters Sonja and Linda already wore the jewelry and objects created by Schobinger. In 1990, her focus on her own family was not entirely new, but in art – since the death of Joseph Beuys a few years earlier – this subjective avowal, based on a private and intimate cosmogony, had been covered over by other tendencies. Of course there were already painters who captured the intimate moments of their relatives, but the transposition processes that, in painting, lead from the model to the picture encounter more obstacles than in the direct, almost mirror-image confrontation of photography.

"When I press the shutter release, I close my eyes." Is a key to her art implicit in this quotation from Annelies Štrba? As Ilma Rakusa describes it, with this quote Annelies Štrba takes recourse "to a 'blindness' that gives itself up to chance – trustingly, not arrogantly, and not manipulatively. Now. The right moment? The moment rises, in a moving train, in a moving bus, in passing, while walking. Now. (...) The blurriness lets these pictures tremble, no fixation, no resonance, animated reeling. The inkling counts more than knowledge here, emotion more than the eye." Doesn't everyone, internally, close their eyes when they press the shutter release? Startled by the clicking sound, in hopes of what is coming, because one doesn't want to see the motif while aiming? One speaks metaphorically of "shooting" a picture, one presses a trigger as with a pistol, one captures a motif. Curiously, there was even the invention of the revolver camera. All of this has to do with a kind of attack: one takes control of the motif, sometimes also dominates and manipulates it, which thereby loses its innocence, becoming a captured object – and that on a piece of paper that can serve as evidence in the future. Is the reason Annelies Štrba doesn't want to see what she photographs that it makes the magic disappear, that she intuitively knows what we will see, or that she wants to encounter each picture anew and without prejudgment? It seems to me as if she need not look through the viewfinder at all, as if she acts like a medium under the influence of higher powers. 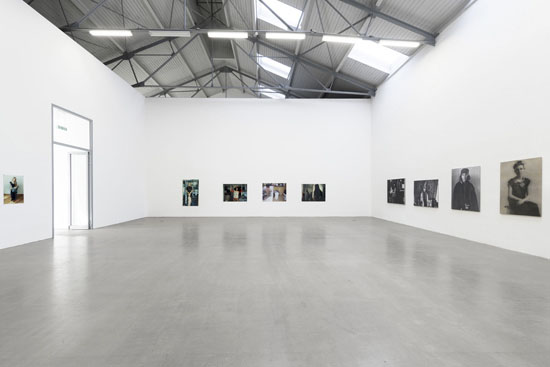 But most of the black-and-white pictures by Annelies Štrba, which have rapidly settled down in the collective memory of numerous art lovers, do not live solely from this aspect of the unconscious and auratic; it is the vulnerability of the private that makes them something special. Much can be decoded from the biographical context, which is why the pictures give it so much scope; and much "has its own magic that protects us and helps us to live", as Hermann Hesse, who also belongs to Štrba's atmospheric surroundings, wrote in his poem "Steps". Even when we come very close, almost standing in the family, we still know very little that's personal about Sonja, Linda, Samuel-Maria, Indira, and Shereen. They remain familiar strangers.

Starting in 2002, Annelies Štrba's oeuvre turned toward colored pictures. So far, she has produced series like "Nyima", "Brontë", "Frances und die Elfen", "Mountains", and "Madonnen". Under the title "My Life Dreams", she creates a new world; the book of the same name documents this cosmos. It is not only the colors, but also a new way of narrating that emerges in these works, especially in "Nyima" and "Frances und die Elfen". It is a fairytale world in which the protagonists are no longer her children, but her grandchildren. She places them like elves and other nature spirits in oversized fields of flowers, in clearings in the woods, or on flying carpets. What we see is amalgamated from widely diverse sources: the fascination of consciousness-altering states, the trance music that Annelies Štrba uses in her own videos (an affinity to the moving image and thereby to film is already palpable in her early works), and her interest in the rave movement that began in the 1990s and that has much in common with the psychedelic movement of the 1960s. As John Hutchinson writes, "both shared a desire to escape from everyday reality and from the isolation and lack of community in the contemporary world, as well as a somatic sense of transcendence". But here, too, the forces of her own whereabouts are effective: her interest in the oeuvre of the Swiss artist Otto Meyer – who later took up in his name the municipality of Amden, where he spent so much time – whose ethereal figures have their forerunners in the Symbolism of the 19th century. Štrba has a studio in Amden, as well as one in Ascona, not far from Monte Verità, the mountain where, at the beginning of the 20th century, a wide variety of adherents of numerous renewal movements settled to implement an immense potential of utopias and new life plans. It is a state of enchantment and energy-rich mysticism that, now as ever, emanates from these places and that Annelies Štrba presents us. Hutchinson explains, "In a different culture she might have been a shaman who abandons her physical body from time to time and flies to another level of reality in order to deal with the hidden problems of the material world."

In the pictures she produced in 2004, however, she goes one step further. She places her figures in the landscape in such a way that the impression of a magical process arises, as if we would actually encounter a fairy-like being that appears to float above the flowers in the meadow. These are figures that materialize in their transcendence and whose openness and approachability lends the pictures a seductive component. To think here of a virtuoso of technical picture manipulation is to err. Annelies Štrba said in conversation, "I have to mention that I'm not an artisan, I'm poor at that. I learned photography for the magic. It fascinates me to plunge a white sheet of paper into a liquid in the dark, on which an image then gradually becomes visible. Today it's the same. I paint with light, with a stylus and the tablet, and on the monitor 'the picture appears', which I stop at the right moment. I don't like the word computer, only 'display screen'." But the journey of this restless and yet introverted artist continues. Asked what she is working on, she writes, "I want to open the mysterious trunk in me ever further – into a wondrously beautiful, magical time." 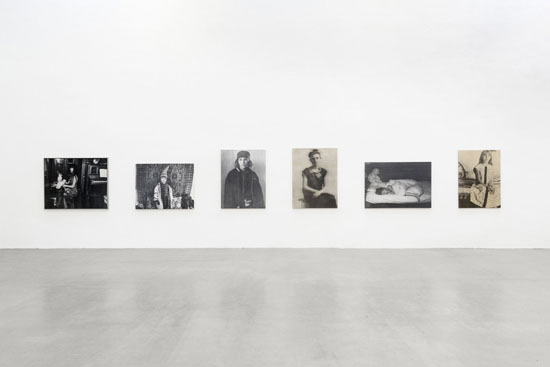