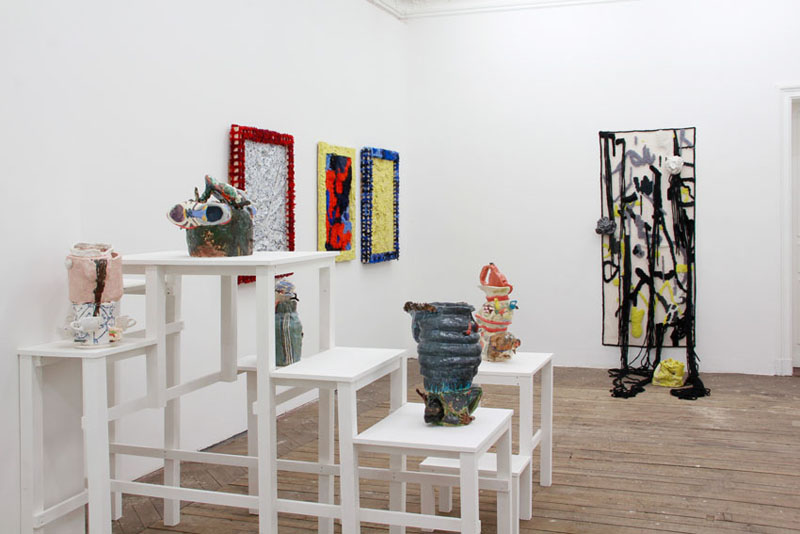 Has somebody really blown a fuse here?

Eighty-year-old Horst "Harry" Winter must have grumbled something like that when he watched the music video It's oh so quiet (1995) by Björk and Spike Jonze. His often-covered song Und jetzt ist es still (1948) thereby landed in a tire workshop between Fred Astaire mechanics and geriatric ladies in flower-print dresses. The trendy overlaying breaks in on boring everyday life there as if a roguish bolt of lightning had struck passersby from a pale sky. A lighthearted mood and overcharged motions reign simultaneously for a few seconds.

Do the artists here want to make fun of the tradition of ceramics? On the wall hang magnificent ceramics like huge wreaths. Daring embroideries frame surfaces whose fired clay has been treated like a canvas; a ceramic sports car has not yet been spotted, but the dashboard is visible; graffiti sprayers have appropriated the ceramic tiles.

If Josiah Wedgwood, one of the developers of ceramic production and the founder of the Wedgwood porcelain manufactory, had something to say about this, his statement would probably not be too far removed from Horst Winter's dismay.

A formal and thematic tension arises between one of the oldest art (and craft) techniques, refined in the course of time, and the playful attitude of the exhibited artists. Thanks to curiosity about interfaces with other media and techniques, the exhibition questions the traditional language of ceramics and takes the material to its physical limits. 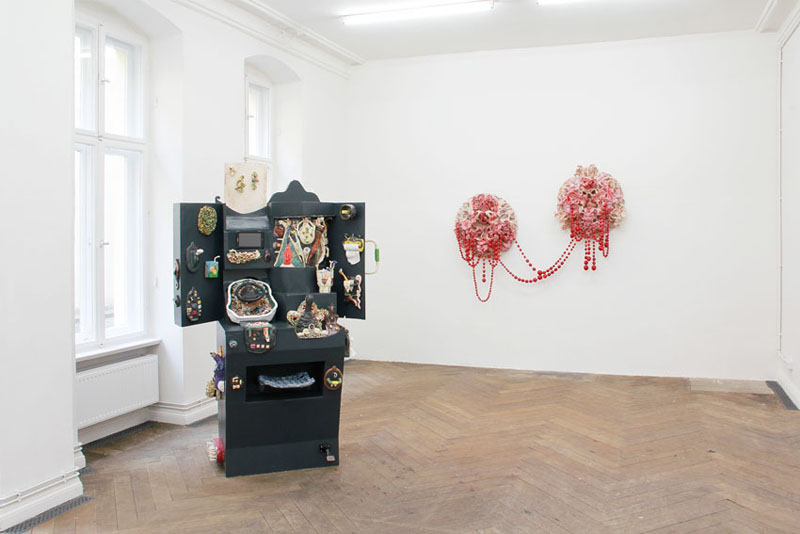 The vases and tiles by Nora Arrieta (1989, Leipzig) convey to us baroque visions of all kinds of everyday and technical devices like displays, remote controls, fountains, dog leashes, cars, showers, etc. These are not only placed in a new context, but also experience an iconographic charging and play with the viewer's associations and habits of seeing.

The installation by Charlotte Dualé (1982, Paris) and Eric Winkler (1980, Königs Wusterhausen) consists of amorphous ceramics placed before a tile wall decorated with graffiti. The graffiti was applied and fired as a layer of glaze on the tiles. This rebellious gesture, on the one hand, and the repetition and rearrangement of forms, on the other, place form and familiar contexts of meaning in a new frame of reference.

In Kumulation by Keiyona C. Stumpf (1982, Munich), organic forms arise that externalize their inherent liveliness and simultaneously point to deep feelings and sensibilities. The viewer is confronted with something located between clear form and free form development, something neither total chaos nor total order. The form language combines oddly familiar forms with a certain strangeness and plays with the viewer's sense of beauty.

In her works, Marianne Thörmer (1987, Halle) combines materials that one would not initially expect to find in a painting. The focus here is on the immediacy of the processing of the material and on the interplay between various contrapositions by means of a massive, haptic shaping and dynamic. The grid structure of the embroidery canvas as a raw surface is decisive for the development of a tension-laden relationship among the various materials. It facilitates a free placement of lines and surfaces, a "laissez faire" within a given framework. 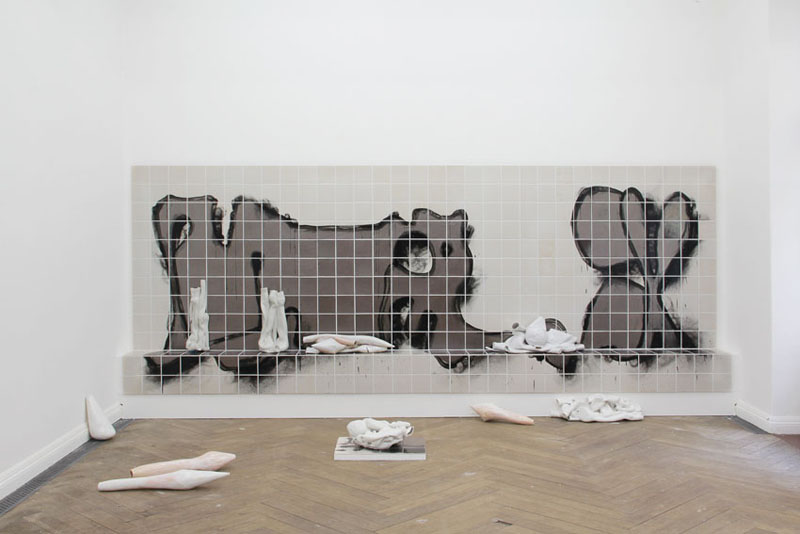 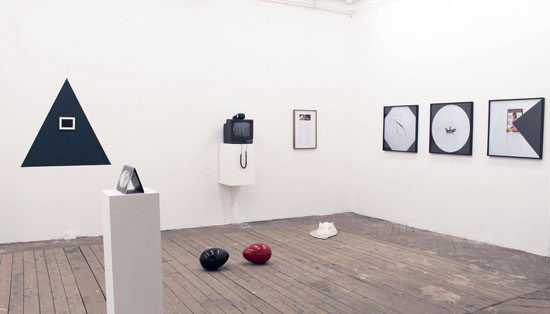 The EIGEN + ART Lab presents the Israeli artist Assaf Gruber with Citizen in the Making, the second part of his film series Anonymity of the Night. In addition to his most recent film project, the exhibition, which runs from April 8 to April 25 2015, shows corresponding sculptures and objects.

Assaf Gruber makes his films seem like extracts, as if they were taken from a feature film, narrating the plot while not really showing it. The films are small monodramas with a special performative tension. Due to masterly staging his works are able to grasp thoughts of instability and balance relating to human behavior. His new works are a continuation of his eclectic examination of the relation between moving picture and object, repetition and installation. Through the extension to sculpture and installation, his films go beyond the scope of a solely narrative and cinematic level and connect his work to form a distinct cosmos.

The first part of his film series is shown parallel at n.b.k in the exhibition History is a Warm Gun. until April 26. 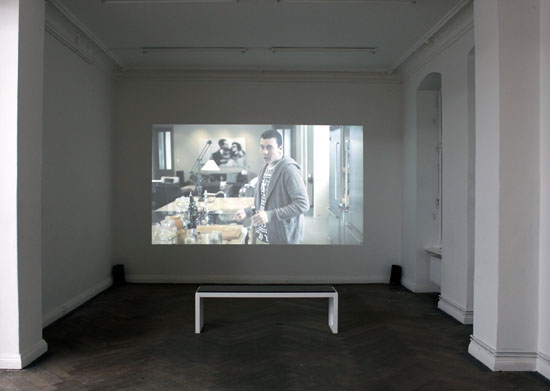