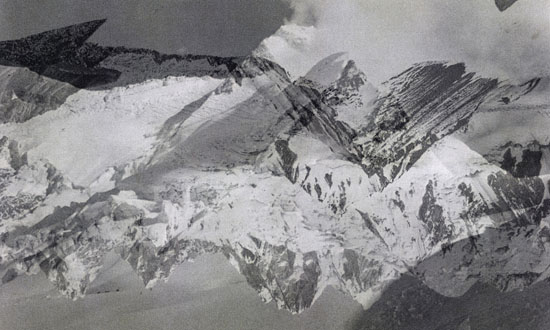 In his artistic work, Rémy Markowitsch visualizes and generates the powerful images that reading literary classics sparks in the imagination. In the process, the artist primarily restricts himself to the key themes and aspects of the respective text. In his subjective selection, Rémy Markowitsch doesn’t merely hold up a magnifying glass to a single, highly specific moment or element in the text; he also fuses it, as in a Surrealist cadavre exquis, with an additional element borrowed from another source altogether that considerably expands the levels of meaning of the original element, particularly in the direction of the abysmal. His more recent works are also based on a method of this kind: in the case of the object-assemblage “Peterli,” the “Nerf de boeuf” or bull’s pizzle whip (which was used up to the 20th century both in the training of animals and as a brutal weapon against people) alludes to an amusing, evocative, and erotic scene in Gustave Flaubert’s scandalous novel “Madame Bovary” (1857), a work Rémy Markowitsch has repeatedly used in recent years as “material” for his art (see the exhibition “Emma’s Gift,” Galerie Eigen+Art, Berlin, 2011). The second literary source for “Peterli” can be found in the world-famous children’s books “Heidi’s Years of Wandering and Learning” and “Heidi Can Use What She Has Learned” by Swiss author Johanna Spyri, that is, both the title of Markowitsch’s work and the goatskin lederhosen worn by one of the main protagonists of the Heidi stories refer to the “Geißenpeter” or shepherd boy who, through Heidi’s instruction and pedagogical rigor, finally learns to read, in other words, gains access to books.

In the second work, from whose title the ambiguous word “ALP” derives, book also play a key role. The structure of “ALPS” follows that of Markowitsch’s major photo series with titles such as “After Nature” (1991–1998) and “On Travel: Tristes Tropiques” (1998–2004), in which the artist addresses the medium of the book and its material qualities by lighting the pages of book in such a way that they become transparent, giving rise to new hybrid images that were, in a sense, previously unconscious. In the case of the black and white mountain images, the method gives rise to confusing views in which up and down, left and right are mixed up—almost to the point of seeing a panoramic view while falling from its peak instead of the secure position of a mountain tourist. The images are contained in various historical frames digitally adapted to the dimensions of the pictures and painted in a uniform color for their new use. In “ALPS,” it’s not merely a cozy, often politically exploited Alpine world that we see (the sources of these images are the Swiss Alps Club’s annual publications from 1925 to 1946, whose covers bear the same hue as the works’ frames, which are from the same time), but also the darker, more sinister mountainside. Beyond the concrete physical threat it posed to the climber, this “uncanny” side of the mountain world refers to the fact that, at the time these yearbook photographs were taken, the mountains and their conquest were repeatedly made to serve fascist ideology.

While numerous sentimental reports from the early 19th century have been passed down that reflect not least upon human frailty in the face of the mountain, reports from the subsequent century are often infused with scientific ambition and especially competitive drive, a mania for breaking records, and nationalist thought. In the five-part group of wooden figures titled “FALL,” Rémy Markowitsch combines two special, very different historical events as material: four of the carved shapes bear poses modeled after the monumental painting “Absturz” (The Fall) by the Swiss painter Ferdinand Hodler (1853–1918). Hodler, to this day world-famous for his panoramic views of mountain landscapes that were revolutionary for the time, created two vertical-format dioramas 7.25 x 4.35 meters each in private commission for the 1894 World’s Fair in Antwerp. In keeping with their titles, the paintings depict the “Rise” and “Fall” of a climbing team on the mountainside, while a third, unrealized painting was intended to portray the “Recovery of the Bodies.” Not only was Hodler the first respected painter who ventured to portray a mountain climbing tragedy in this project; it is generally assumed that the artist gave the Alpinists he depicted the facial features of painting colleagues he saw as competitors. (On June 6, at 6 p.m., there will be a conversation between Rémy Markowitsch and art historian Christoph Lichtin, who has written on Ferdinand Hodler’s diorama paintings.)

The fifth figure in Rémy Markowitsch’s ensemble is based on a completely different photographic source: the figure’s posture imitates an emblematic representation of the German mountaineer Toni Kurz, who fell to his death while attempting to climb the perilous north face of the Eiger in 1936. The tragedy of Toni Kurz and his comrades was particularly controversial when one takes into account that at least the two Austrians among his fellow climbers were members of the paramilitary National Socialist German Workers’ Party fighting organization, the SA, and that over the years that followed, “greater German” mountaineering successes were repeatedly instrumentalized for the purposes of Nazi propaganda. Rémy Markowitsch brings about the “fusion” of the two historical events on the basis of two image sources; the alteration of the forms through representing the sculpted figures as nudes, however, carries the field of associations beyond these sources. Lacking clothing, which would historically locate the figures, they come across as timeless Men of Sorrows.

By the beginning of the 20th century, particularly the German and Austrian Alpine organizations were already dominated by anti-Semitic and anti-Jewish thought. In this context, another work from the exhibition and its evocative title can be elucidated: “… hast Du meine Alpen gesehen?” (Have you seen my Alps?) is reputed to have been said by the Rabbi Samson Raphael Hirsch (1808–1888), founder of Jewish Neo-Orthodoxy. The object clearly contains a reference to the rabbi’s surname and the various different contexts of meaning contained in the word “Hirsch” (deer, stag). The figure, clothed in a traditional pair of embroidered and somewhat greasy (buckskin) lederhosen and stuffed in the manner of a taxidermist’s specimen, also plays upon the way the Alps were turned into kitsch that transported a concomitant harmlessness of (historical) Alpinism and lederhosen as a fashion-fetish “must” far beyond Bavaria’s Bierwiesn. Add to this the mania for masculinity (the stag, as is well known, sheds its antlers annually, after each mating season) connected to mountaineering and its above-mentioned links to nationalism and militarism.

While in “Madame Bovary” it was primarily the various interrelations, the social “downfall,” and finally the death of the female protagonist that arose Rémy Markowitsch’s interest, in the new group of works it’s the motifs of “falling” from the mountainside, the Men of Sorrow (nota bene: the members of the Swiss Alps Club refused to admit women until the 1970s), the addiction to and passion for the mountain, the great, tragic failure. While Gustave Flaubert (in a letter to Ivan Turgenev) soberly observed that the Alps stood in “out of proportion of man’s being. They’re too big to be of any use,” in view of the abundance of imagery and complex interrelationships for which the “ALP” project provides impressive testimony, the following can be asserted: they’re certainly too large, the mountains, and too large, too, is the amount of visual material testifying to the fascination and terror the Alps have inspired throughout various eras. It’s precisely for this reason that they and their dissemination in the media represent a virtually inexhaustible source for cultural historical and artistic inquiry.