Birgit Brenner researches in her art the digital patterns with which we live. "I call it 'hand poly'," says the artist, referring to her paintings - "hand poly" as a variation on the "low poly" from the early days of 3D animation. Low poly consists of a relatively small number of polygons that are 2-dimensional shapes made of straight lines and angles. "'Low poly' is rather a lousy setting", Brenner says, "a rough, quick depiction of nature." It is a manipulation of reality, a fiction: "Art is also a fiction. A fragment of reality. Artistic reality." 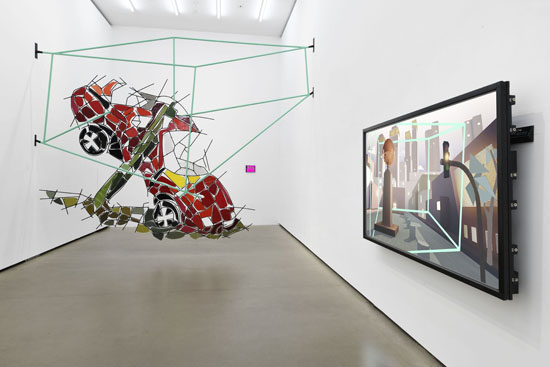 The language of virtual reality inspires Brenner's work. Like "deep speech", an end-to-end speech recognition network. "End-to-end" is when you play a game until the very end without going back. Or "permadeath", a term used to refer to a situation in which a character cannot reappear after having been killed. "You die, just as in real life", Brenner explains, "without having a chance for optimizing." Brenner is intrigued by the violence that permeates the narratives of virtual reality, from car accidents to bomb explosions. "It's no coincidence that the initial idea behind video games was war games", she says, "only later on they were produced for private use." 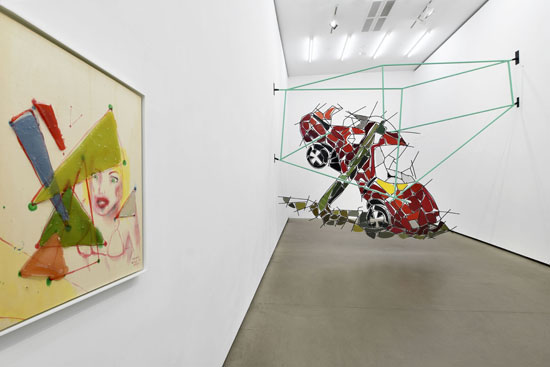 Brenner's work not only references the heyday of video games but also the science fiction novels and films that came about in its wake. Like "V for Vendetta", a graphic novel from the late eighties by Alan Moore, depicting London as a post-apocalyptical society in which the anarchist V, fights an oppressive fascist government. It's V's confidente Evey Hammond, an innocent young woman turned revolutionary, who fascinates Brenner. Or another inspiration are the dark science fiction novels of Philip K. Dick on which films like "Blade Runner" (1982) are based, inspiring in their turn numerous video games and anime. A thematic element in these neo-noir cyberpunk movies and novels is to call into question what it means to be human in the face of technology. "Artificial intelligence is logical", Brenner says, "and humans are all but logical. So what can technology do? And what can I do?" 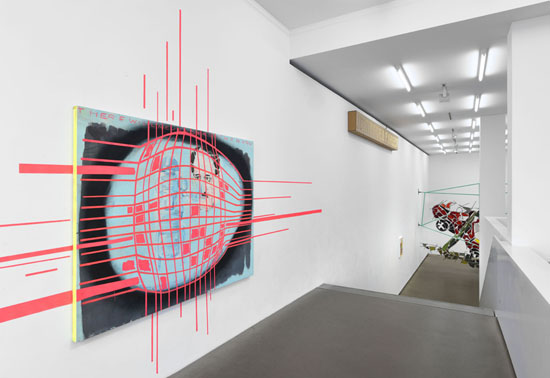 In times of 3D art, Birgit Brenner likes to mock up of 3D scenes: a flat sculpture that nevertheless looks like a hologram and a canvas that shows digital patterns. Instead of a beautiful modeling, she tends to break down a composition, to fragment it into its constituent pieces on the canvas. "I'm not only interested in what but also in how we see", says Brenner. The colors she uses, have a touch of the virtual, mimicking its artificial glow. Brenner calls them "squeaking colors." "Everything outside looks grey after using virtual reality glasses for a long stretch of time", she says. In the Galerie EIGEN + ART exhibition she has created an immersive experience in which she plays with the ambiguous character of virtual reality: Is it a sign of our subjugation by technology or an assertion of our dominance over it?

Text by An Paenhuysen