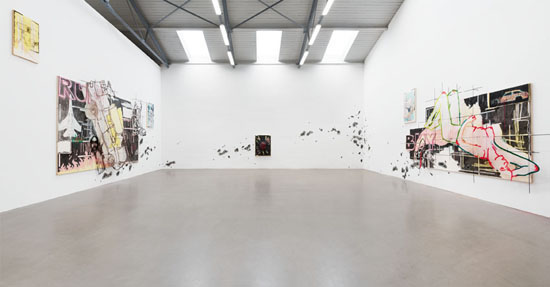 Final Perspectives. Notes on the Artistic Work of Birgit Brenner

The artist Birgit Brenner (*1964), who lives in Berlin and Stuttgart, is one of her generation’s most important providers of impetus. With her space installations, collages, drawings, and scripts, she proves herself to be one of the most unerring observers of everyday life and hierarchical power relations in today’s Germany. She transforms basic societal constellations into the clarity of stories that irresistibly trigger the viewer’s mental cinema in the field of tension between givens and free scope. She quite logically thus calls herself a “director without a film team”1 who mostly shows us the fragility of life plans that are manipulated by the media. Separations, alienations, psychological isolation, and consumerist greed are the rich raw material out of which she builds her deconstructions, planned backward from the intended result. Especially noteworthy is that she never does this from a cynical distance, but out of a knowing melancholy about the twists of fate and the limitations of human means. Each of us is meant, no one is spared, and everyone flounders between ambition and banality – taking a less than ideal reality emphatically seriously is the deeper foundation of Birgit Brenner’s artistic stance. 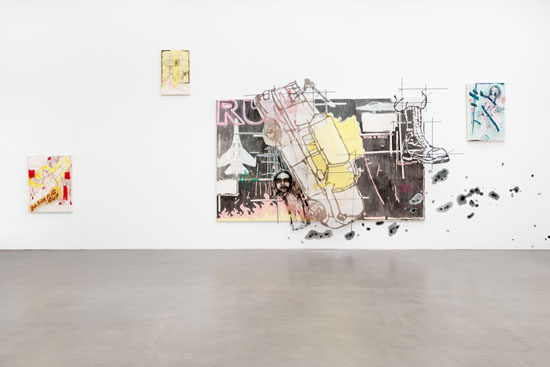 The methods of implementing this stance are numerous and often find their valid shape through grappling with the concrete conditions of the respective project. Her preferred materials – like cardboard, packaging tape, constructions of wooden poles, and writing on walls – have a consciously provisional character that underscores the instability of an experimental setup. Her work method is hands-on and precise, and it emphasizes the process of creation in layers, deletions, and pasting over. As already mentioned, her focusing on detail and panorama, as in film editing, enables her to open the spaces of the viewer’s imagination and to involve his biography as a productive part in the gaps in the narrative. In particular through the color atmosphere of retouched photos and through her pronounced feeling for the ambivalence of vernacular expressions,2 she activates our collective consciousness as a reservoir, so that the deceptive network of a generation’s shared experience is repeatedly spread over abysses. And precisely because, in this research, the artist does not shy away from the neuralgic points of real pain and an intimate close-up, her works never end up in the neighborhood of a melodramatic voyeurism compatible with a talk show. They pour salt in the wounds and provide no solution. They are idiosyncratic, radical, and skeptical about all promises of a happy end. 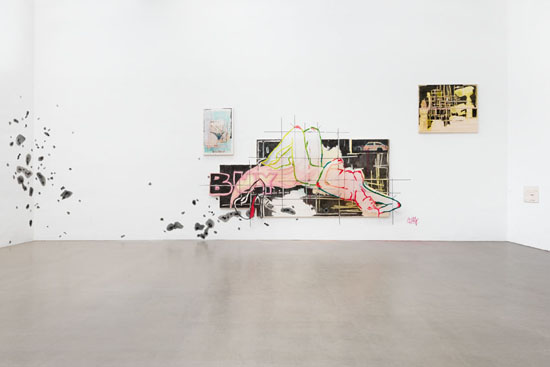 And yet, these works are not discouraging – on the contrary. They possess a degree of life wisdom that enables reflective irony and ease, despite all disenchantments and disappointments. This illusion-free serenity veritably impregnates Birgit Brenner’s oeuvre against the poisons it reports on: fears of loss, the pain of separation, inferiority complexes, and thoughts of suicide. The pithiness of their articulation makes all these kinds of despair bearable and sometimes even lead to a liberating laughter. Knowledge of the final catastrophe apparently reduces the pressure of the demand to succeed and strengthens the pleasure in life as it is. Seen in this way, the works of Birgit Brenner function as a reality amplifier for a grownup audience.