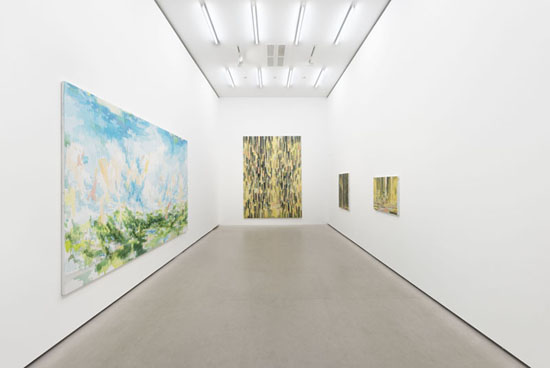 
get here to current exhibition

On 4 September 2014, gallery EIGEN + ART is going to open painter David Schnell's solo show from 5 – 9pm. This will also be on show during the Berlin Art Week. 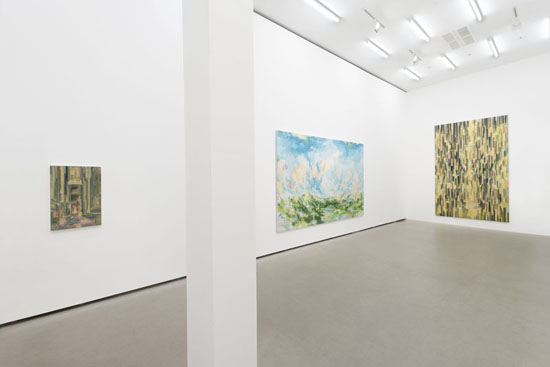 “The flexibility and nonchalance he has shown over the last fifteen years in manipulating and combining identifiable elements with 'pictorial' data disconnected from any recognisable reality make him the perfect representative of a 'free and easy' painting approach no longer bothered by the idea of belonging to a particular narrative or tendency.

Schnell's style is not only deliberately impure; it also invariably runs up against a tangle of contradictions that the artist does not necessarily espouse, but at the very least accepts responsibility for. His works are indeed contradictory, 'in the sense,' he comments, 'that even though I strive for a high degree of abstraction in my paintings, I still engage with nature, which I could theoretically photograph. And yes, perhaps also contradictory in the sense that I occasionally try not only to cite various art-historical periods but to make them my own and to translate them into my painterly visual language.' True, the degree of hybridisation of his pictures allows him to summon up successively, not to say simultaneously, complementary sources and references fitting with a deprioritised approach in which 'noble', 'trivial' and 'popular' particulars, often taken from a Gamekultur, are mixed in together. Some of them, such as the references to seventeenth-century Netherlandish landscape painting, are obvious. Others require decoding, sometimes referencing specific events and memories which, like the pictures in this exhibition, draw on the artist's time in Rome. This is case of the church interiors Schnell soaked up there, and of a palette inspired by time-warp postcards and superannuated tourist brochures. It is left to each viewer to graft on his own fields of reference and survivals from the past. And to spot art history greats re-emerging in a given painting, as when, contemplating a number of recent pictures, he finds himself thinking of Clyfford Still's jagged, atomised surfaces. Whatever the case, Schnell's works embody his ability to to find a precarious but nonetheless precise balance between play with illusionistic depth and a handling of surface that intensifies the picture's flatness. This balance, it must be said, has been crucial to the medium at every period in its history, and every painter past and present has come up with his own response to it.” 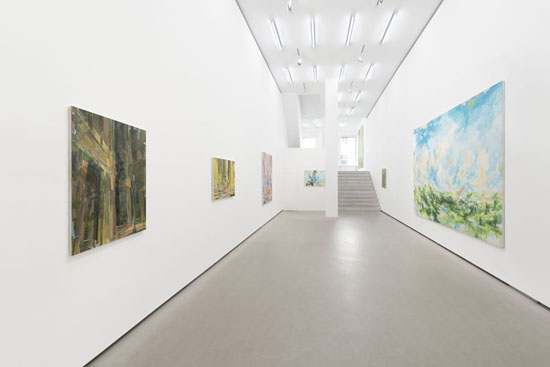 From 1995 until 2000, David Schnell (born in 1971) studied at the Hochschule für Grafik und Buchkunst, Leipzig, where from 2000 until 2002 he was a student of Arno Rink's master class. His works have been shown in national and international exhibitions. Amongst others, important solo shows were: Stunde (Hour), Kunstverein Hannover/Gemeentemuseum, Den Haag, Netherlands 2010 and Hover, Mönchehaus Museum für Moderne Kunst Goslar; MAP / Museo de Arte de Ponce, Puerto Rico 2007. In 2009, Schnell designed the peace window (Friedensfenster) for the Thomaskirche in Leipzig. In 2013, he was a fellowship holder at Villa Massimo in Rome. 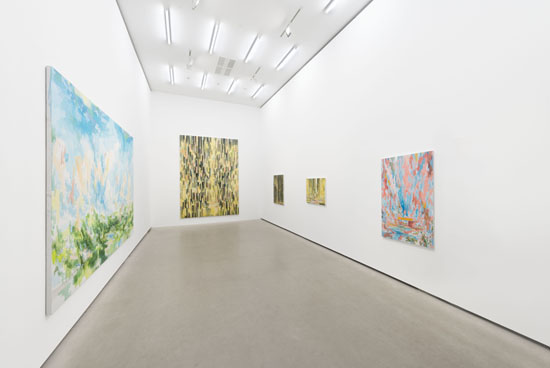