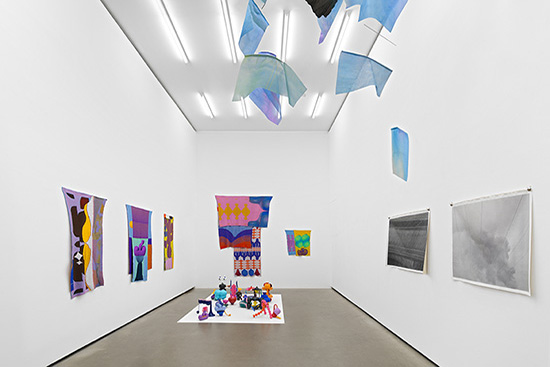 ENCORE! In January, we started off the year 2021 with three important exhibitions in our galleries in Leipzig, Berlin and the EIGEN + ART Lab: the first solo exhibitions each by Maja Behrmann and Raul Walch and the premiere of Birgit Brenner's video "Final Call", which she produced during her residency at the Villa Massimo in Rome the previous year.

Due to the situation at the beginning of the year, all three exhibitions were almost exclusively accessible digitally. Many people have seen the films we produced for the shows. Now that public life is picking up again, it is time to finally be able to experience the three artists and their works physically in the gallery!

The Leipzig artist Maja Behrmann will be showing new sculptures, knitted images and, for the first time, photographs. Her works are always graphic and always colour-intensive – sometimes free reductions, sometimes overlapping condensations. Maja Behrmann creates a rehearsal stage for her works, on which the possibilities of the respective relationships are probed for affiliations and demarcations, seams and distances. Maja Behrmann currently studies in Christoph Ruckhäberle's class at the Hochschule für Grafik und Buchkunst Leipzig and received the student award of the HGB Freundeskreis in 2019. 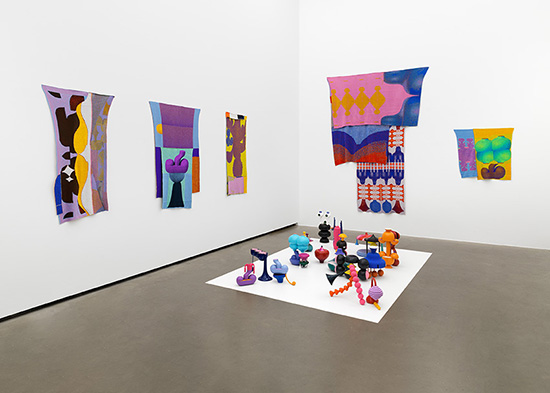 The Berlin artist Raul Walch is a sculptor and conceptual artist, researcher and performer – and always focuses on social matters. His art is constantly in motion, he works with mobiles, tents, kites. Raul Walch is interested in communication in public space and the interface between language and action. For ENCORE! he will install a new mobile in the gallery space. Moreover, he addresses the challenges of our times in new large-format screen prints. 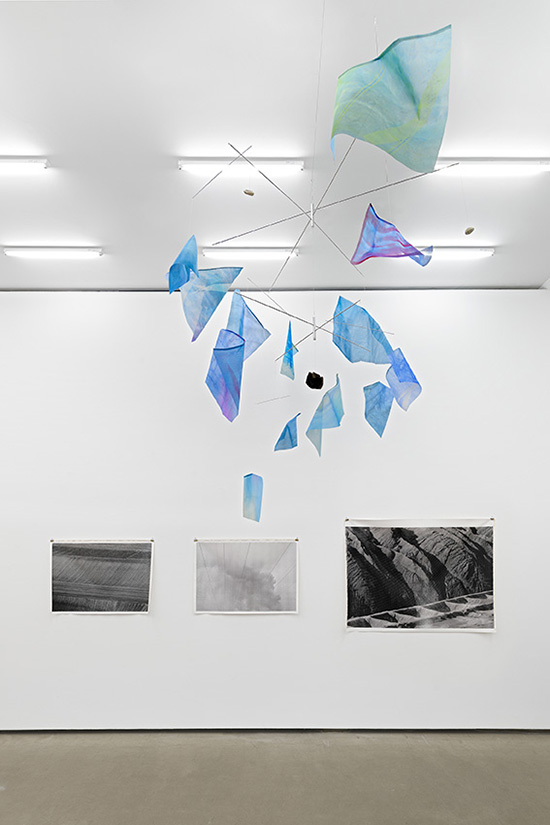 In her new work "Stay Rich", Birgit Brenner delivers a socio-critical commentary on the dazzling cold-heartedness of the capitalist system. With an illusionistic LED wall, which on closer inspection turns out to be a misleading façade, she illuminates the bare reality that is often hidden behind beautiful appearance. Simultaneously, her award-winning exhibition "Promise Me" (Kunstpreis Wolfsburg) will be on show at the Städtische Galerie Wolfsburg until 18 July 2021. 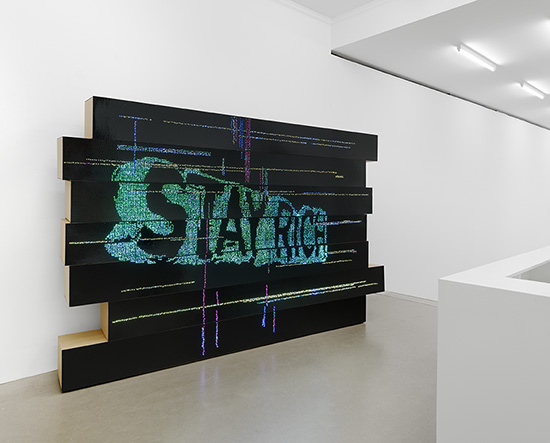