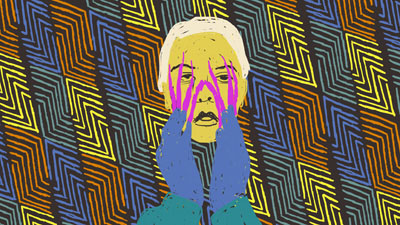 Katie Armstrong, born 1988 in New York, creates animated films based on drawings. The films are an experiment on narrative storytelling as well as a study of time, commenting on the visual language of pop culture in the digital age. We will show her newest work from 2012 "siren song" and a series of collages that she created out of her personal archive of drawings, photographs and notes. 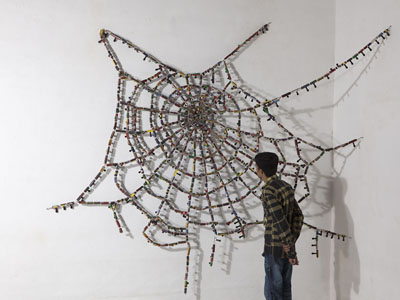 Reena Kallat, born in Delhi, India in 1973, is presented in the exhibition with the work “Untitled Cobweb (knots and crossings)“ from 2012. The work resembles an oversized cobweb made entirely of rubber stamps. They are painted in varied colours and with flag-like drawings on them, so that each stamp seems to stand for a different nation. Stamps confirm identities in a world full of bureaucracy, functioning as well as a confirmation of visas that are either approved or declined. In a world where nationality, culture, religion and politics decide whether one can enter or leave a country, the "right" stamp is existential. 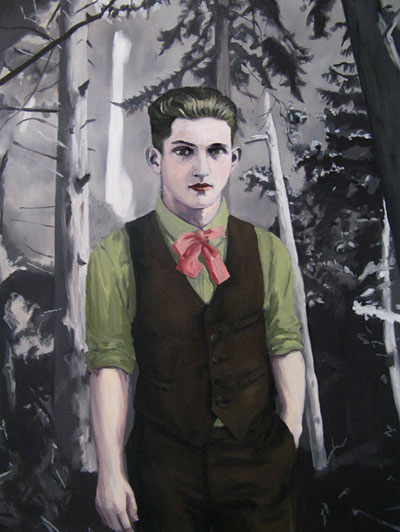 Melora Kuhn, born in Boston, USA in 1971, uses painting and drawing as an ongoing investigation of the human experience, within the self, and within society. Out of her manifold oeuvre we show paintings and paper works with personal and historical references that produce a narrative reflection of our existence. Melora Kuhn’s interests lie in what is left out or forgotten, in the deterioration of a solid form or known history, in something that appears to be one thing, but is quite another. 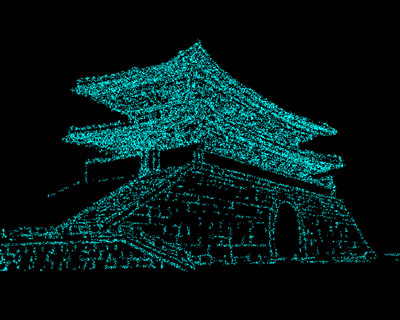 Moon Kyungwon, born in Seoul in 1969, works with multi-media video installations, out of which we show the two works „Passage: „Sungnyemun III“ and „Superposition“. In her video installation ‚Sungnyemun’, she traces the cultural impact of one of Seoul’s oldest historical buildings and most famous landmarks, which was completely erased by a fire in 2008 and is about to be rebuilt at the present time. In ‘Sungnyemun’, MOON has drawn the historic gate, which has been looked at by generations of humans from all different angles with the means of media technology, turning the artefact itself into the protagonist and focus point which looks at the urban nature surrounding it. „Superposition“ deals with the history of a very specific site in Seoul, called Kimusa, which served as temple as well as a royal library. Over the years, it was used for military purposes only, inaccesible for the public. Meanwhile it has become a cultural venue. Moon Kyungwon is also participating in documenta 13. 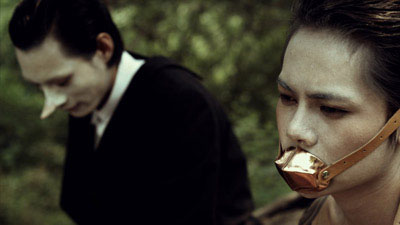 Huang Ran, born in Xichang, Sichuan, China in 1982, will be presented in the exhibition with two video works, "The next round is true life" and „Blithe Tragedy“. In „The next round is true life“ three men are chewing one and the same bubble gum in an infinite repetition. The endless chewing symbolizes a feeling of saturation in view of everyday consumerism and is an ironic yet melancholic film about the banality of current consumer culture. “Blithe tragedy” deconstructs the reality and transforms it into a game, a pathetic pantomime, which exposes the relationship between perpetrator and victim whilst simultaneously quoting traditional patterns of masculinity. 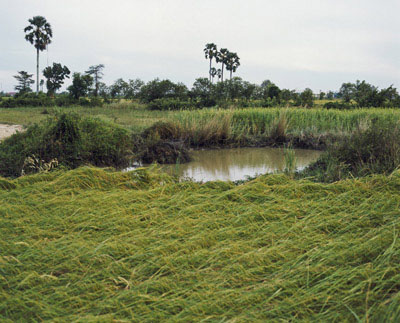 Vandy Rattana was born in 1980 in Phnom Penh, Cambodia. For ‘The Bomb Ponds’, Vandy travelled to the nine Cambodian provinces most severely bombed in the U.S. military campaign during the Vietnam War. Along the way, he engaged villagers in locating and testifying to the existence of the craters made by the bombings, known in the Khmer language as the ‘bomb ponds’. The resultant work is a series of nine photographs and a one-channel documentary film in which villagers describe their memories of the bombings as well as their relationship to the ponds today. ‘The Bomb Ponds’ invites the audience to experience both the fragility and the resilience of the people and the land, to reconsider the historical thread of America’s actions during the Vietnam War and subsequently, similar acts of violence worldwide. 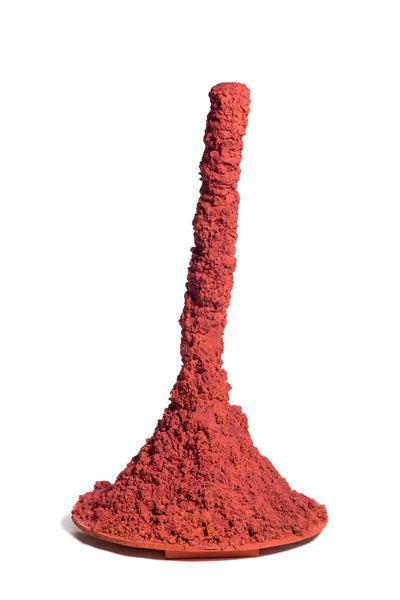 Bosco Sodi was born 1970 in Mexico City and lives between Berlin, Barcelona, Mexico City and New York. He creates luminous coloured works shifting between painting and sculpture that live of the very original approach to the use of material he takes. Through a mix of pigments, sawdust, wood pulp, natural fibers and glue, he creates large-scale abstract works that are further determined in their final appearance by external factors, such as the quantity or origin of each chosen material and the local conditions during the drying process, resulting in relief-like crust that appears like frozen lava or the surface of the earth with its cracks and gorges. The energetic beauty of its works lies in its process-based and unpredictable synergy between determination and coincidence, factuality and intuition and the seduction that lies in the magic of pure color.