Karl-Heinz Adler, born in 1927 in Remtengrün in Germany’s Vogtland region, is one of the most important representatives of concrete, postwar avant-garde art. His minimalist, geometrically inspired drawings, collages, folding art, and sculptural objects, but also the construction-accompanying works developed jointly with Friedrich Kracht, have for some time now been in the process of international rediscovery in art and architecture circles and are appreciated as pioneering artistic achievements.

Inspired by his work as an instructor in the architecture department at Dresden’s Technical College, in 1957 Adler began his first collages, the “Schichtungen” (layerings). At the end of the 1960s, the artist transposed the basic principle of seriality to the drawing: from 1967 on, he created his “Serielle Lineaturen” (serial lineatures) – precise, large-format works in which rays and elliptical forms are condensed into elaborate compositions, some of which are reminiscent of waves or eddies. However, their hypnotic visuality does not arise from an expressive stance, but from the opposite: controlled rhythm based in a cool, engineer-like approach. The strict serial principle enables an endlessly rich production of pictures. And this is also the key to understanding why Adler’s two- and three- dimensional oeuvre is so relevant and inspiring today, precisely for a younger generation of artists. Repetition, modulation, the effects of minimal shifts in grids, and the conscious negation of the producer in favor of a technoid-cool overall aesthetic are also the central building blocks of the electronic culture that developed in the 1990s and that shapes many areas of Western culture to this day. 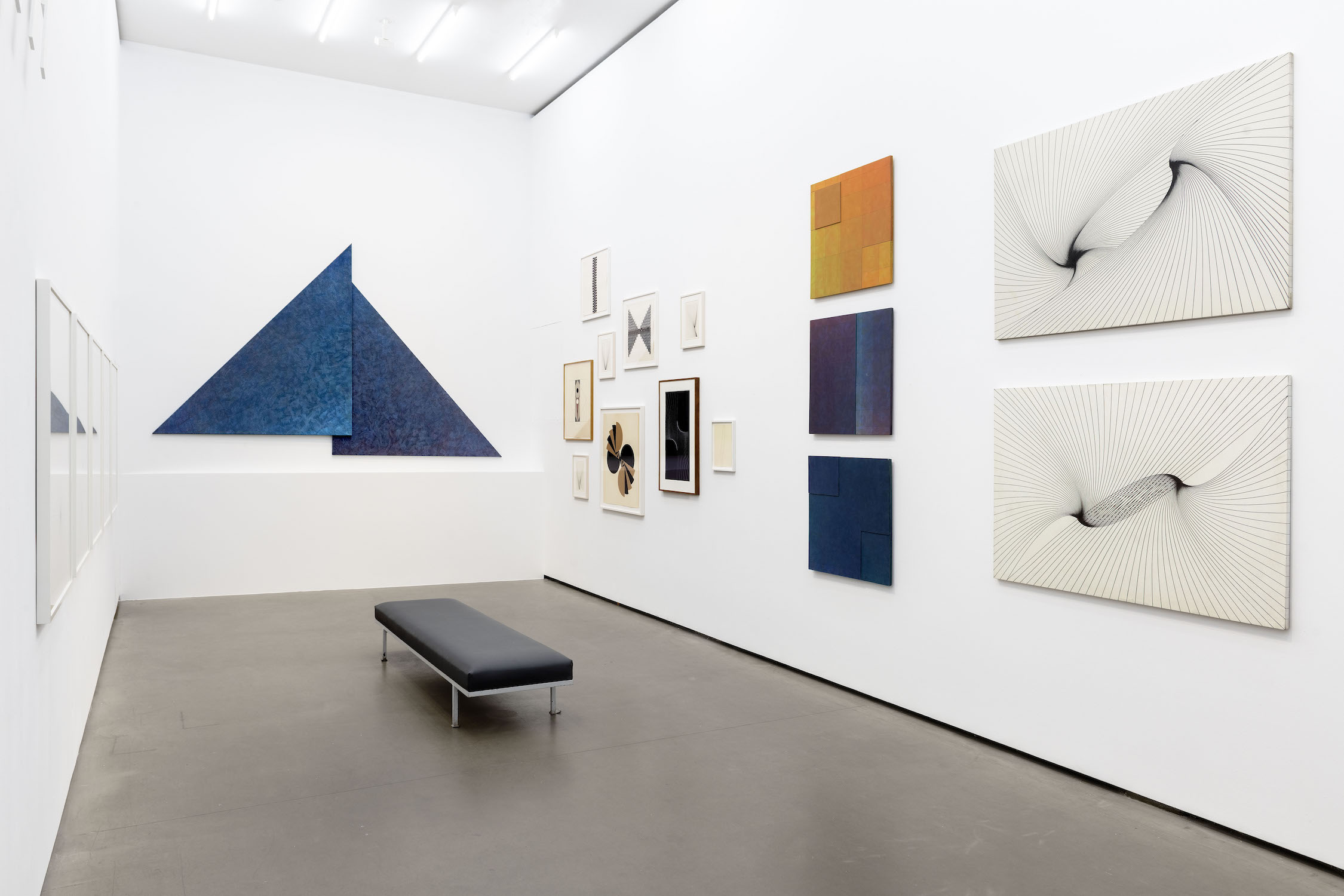 This aesthetic program, so familiar to us today, makes Adler’s form stone program from the late ’60s and the ’70s seem paradoxically historical and fresh at the same time. Adler broke through the monotony of late Modernism with the means of art and made brutalism dance. The twelve relief modules he designed make it possible to build structures and compositions of diverse character. Sequencing, twisting, mirroring, and the permutation of the various differentiated serial components he employs gave rise to form stone walls based on continuous, sharp-edged lines that run over the grid; theoretically, these walls

could be infinitely extended. In the 1970s, the artist himself coined the term “functional ornament”. But the freestanding walls, conceived to be viewed from both sides, overcome their ornamental or architectonic character in favor of a more complex category of space formation. The renowned architecture theoretician Niklas Maak refers to the form stone walls as “construction sculptures” and “free art – disguised as façade decoration”. In his artistic applied work, Adler adhered to the Bauhaus aim of ordering and improving people’s life- worlds with the aid of architecture and art – and at the same time, he went beyond it. These rhythmic surfaces fuse Bauhaus concepts, Constructivist traditions, modern approaches to ornament, and Minimal Art in a new kind of synthesis. 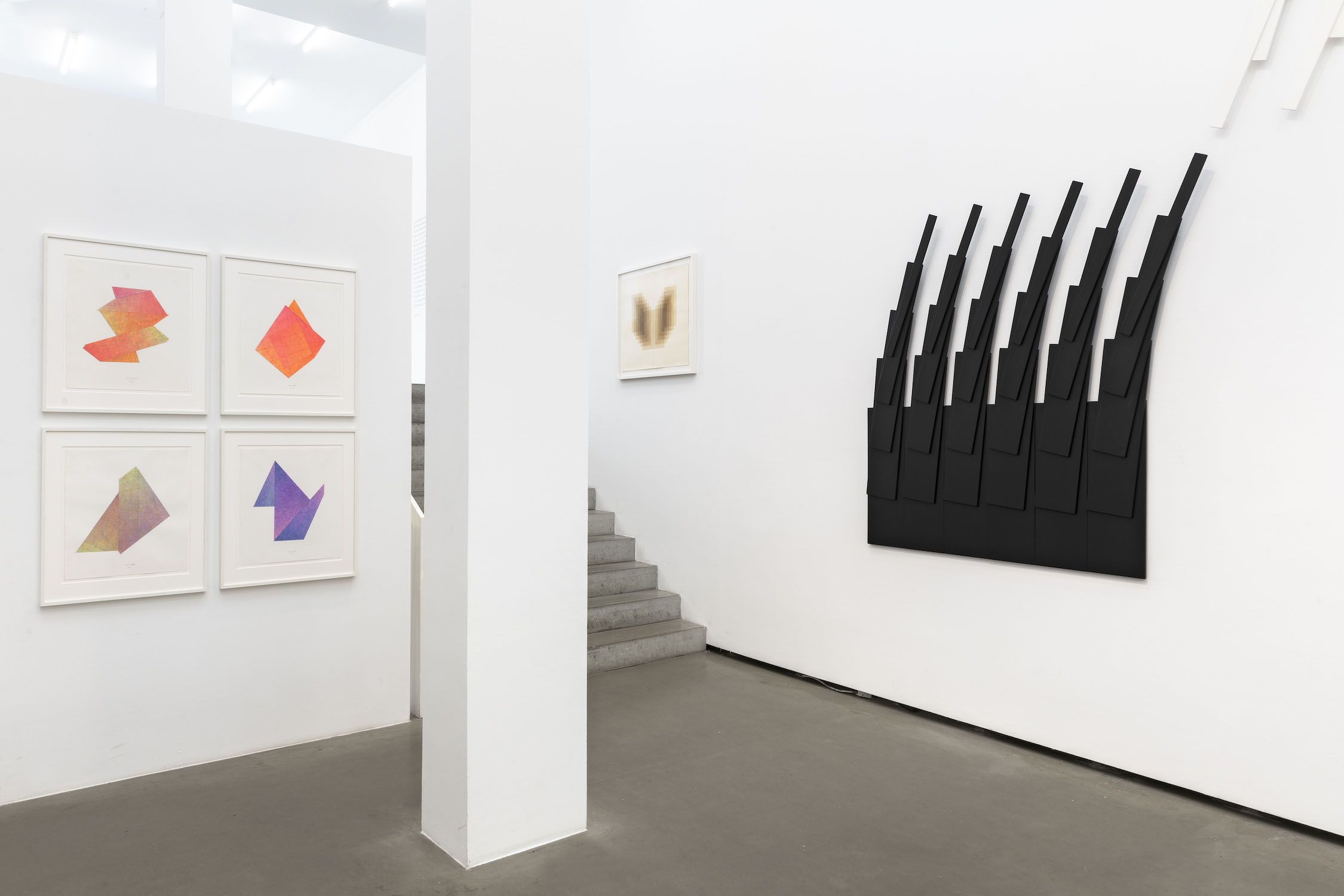 As a loner artist whose practice ably combined the Bauhaus legacy with the aesthetic world language of Concrete Art under the difficult cultural-policy conditions of communist East Germany, Adler takes an exceptional position in recent art history, even if his oeuvre triggers associations with the contemporaries Sol LeWitt and Max Bill. Adler’s art is animated by uncompromising will to create form and the self-assertion of the avant-garde. Playfulness and rigor, practice and theory, heaviness and lightness are brought into a fascinating balance. As a “producing system”, it is deeply inscribed with renewal and variability in the artistic source code. That is what feeds its timeliness and uncanny presence. 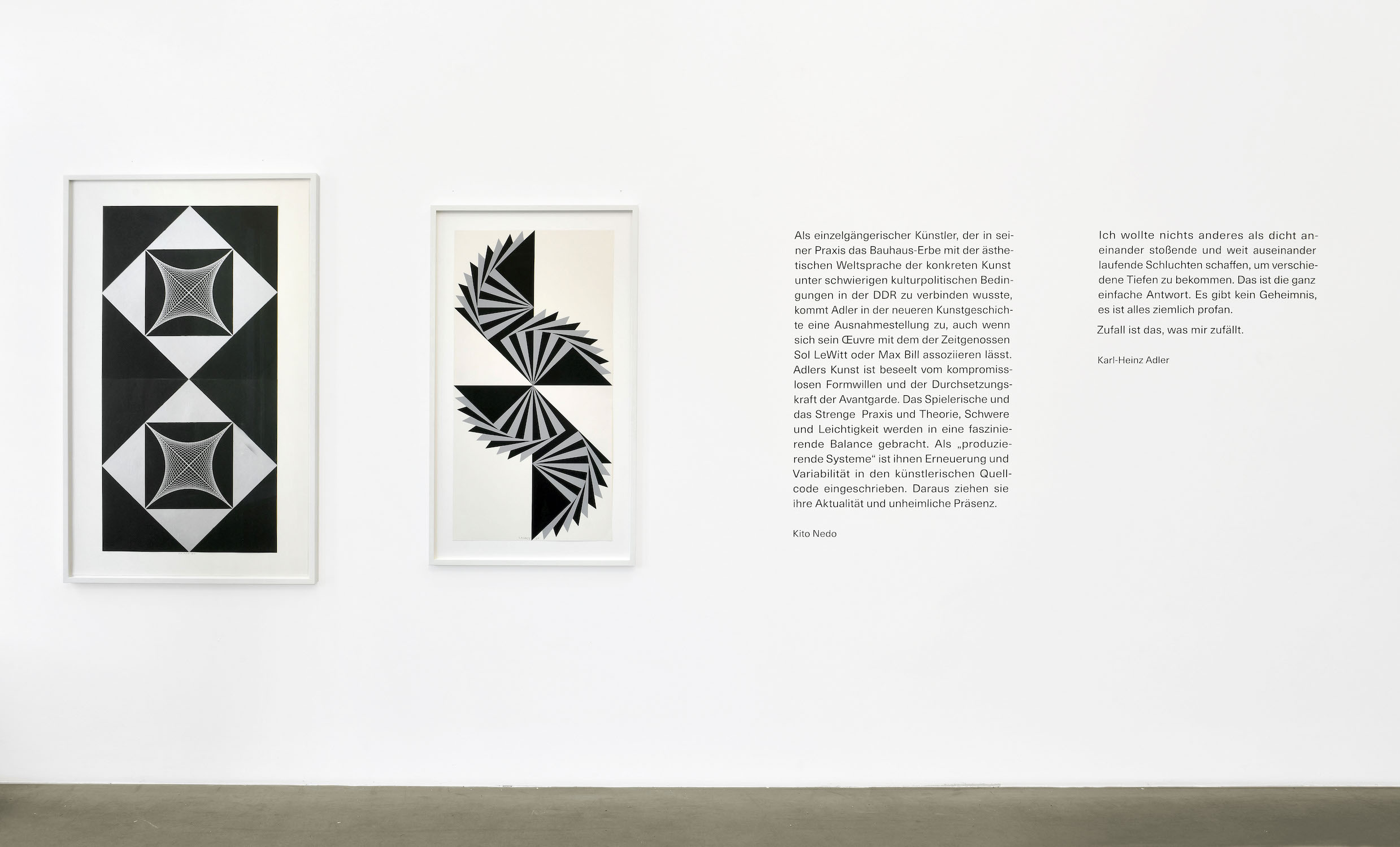