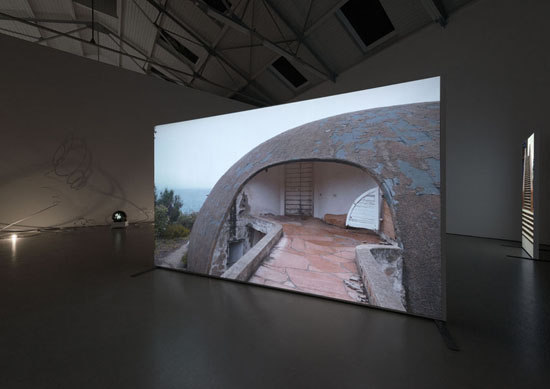 barosphere 1 ( Notations on the building, the woman, the architect, and child for two voices ) is the first chapter of the new work cycle by Maix Mayer. He began this work during his 2015 residency at the German Academy, Villa Massimo Rome, at the same time with the 10-channel film installation Asynchron, which was shown in Berlin's Martin-Gropius-Bau in February. This multi-channel, visual-acoustic composition further develops cinematic, narrative, and formal elements of the installations (Alphaville_MD, African_Tales, Asynchron).

The former summer house of the Italian filmmaker Michelangelo Antonioni (1912-2007) takes a special position in the film installation. The cinematic portrait of the building and the landscape serves as the starting and reference point for Barosphere 1. The Florentine architect Dante Bini (patent for the Bini-Shell system) designed the building especially in accordance with the wishes of Antonioni, who was in a relationship at that time with Monica Vitti, the leading actress in many of his films. A particular architectonic characteristic is the large stairway built of natural stone in the main room of the building, on which Antonioni's beloved strode down. In this private site, a peculiar mélange developed out of architecture, film and life. 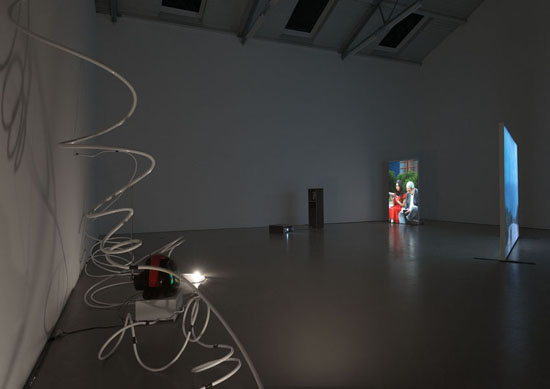 Antonioni's films were seldom seen in East Germany. After a ten-year delay, in 1972 Antonioni's L'eclisse (1962) came to East German cinemas with the title Sonnenfinsternis. The speakers Jutta Hoffmann and Dieter Bellmann dubbed the voices of the two leading actors Monica Vitti and Alain Delon. For Barosphere 1, a text by Maix Mayer was recorded with the two voice artists; it can be heard on two different audio channels. Through headphones, the visitor can choose or alternate between the male and the female voice.

In the new work cycle Barosphere, acoustic spatial perception is accorded special importance and is further developed in the interplay of repetition, shifting, and doubling. Along with the actors, the filmed architecture and the exhibition architecture act as additional protagonists. The form of the exhibition calls on the visitor to find or actively form his own Point of View.

In October 2016, Barosphere 2 (Notations on the city, the worker, the priest, and the child) will be realized in collaboration with PLATO Ostrava, the German-Czech Future Fund, and the Goethe Institute Prague. 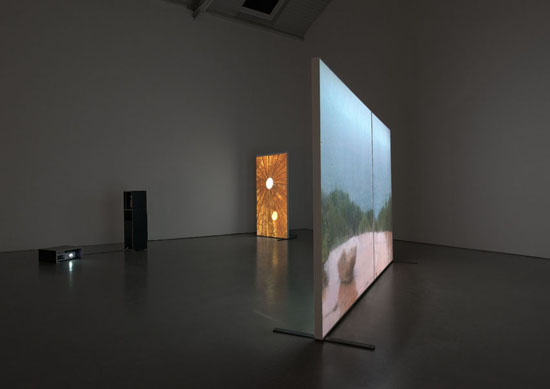