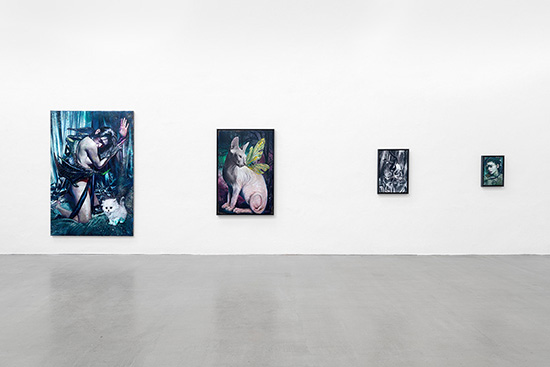 Martin Eder’s new exhibition is titled “Phantasma,” which is a free interpretation of the ancient Greek term for dream image, specter, and illusion.

A phantasm refers to an almost sensory scenic occurrence, a hallucination, or an illusion; it emanates from the subconscious force of imagination, in daydreams and nightmares, in ecstasy, or intoxication. For the title of his new show, the artist draws his inspiration from his studies of hypnosis and meditation, as well as Lacan’s psychoanalysis.

In his work, Martin Eder challenges the relationship between our perceived reality and the artificiality of collective images and after-images in general. The artist is concerned with questions of the breakdown of reality, the collapse of consensus on collective perception. In Martin Eder's new paintings, the defeat of logic triumphs over the mental representation of an object or situation in a surreal secondary realm that lies above reality. 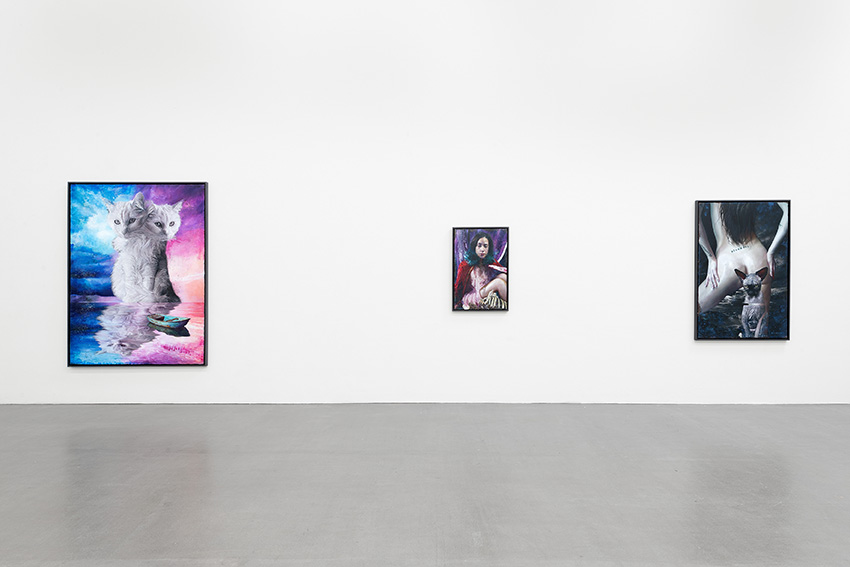 In his new cycle of works “Phantasma,” Martin Eder introduces, for instance, combinations of possible and unreal worlds whose origins lie in the depths of his subconscious. Their incorporation in the Eder cosmos’ symbolic order of intimate spaces, inhabited by chimeras, shadows, and after-images, brings Dante’s infernal scenarios to mind. Thus, Eder portrays, for example, nearly hairless sphinx cats that seem to move weightlessly with bat wings through a world of shadows and twilight. His ghosts hold back in silent inner dialogue behind the mirrors of the wonderland of Phantasma, but they are ready to burst out and launch surprise attacks at any time.

In the supernaturalism of Martin Eder’s new paintings, one encounters mystical scenes and places. A fascination develops with a strong appeal out of irritation and, in part, disturbing effect. Martin Eder opens a world of the mythology of everyday life and the state of spatial disorientation. Eder grants us passage into the Hades of sensual senselessness and the omnipresent desire for the clarification and illustration of the world in subtle oil painting. Eder is fascinated by the promise of salvation that is attached to art. One who seeks answers in this cosmos will encounter a silent guest: the uncanny.

In “Phantasma” Martin Eder leads us into a hallucinatory dream world of pale bodies, sensory distortions, fantasies, and a monstrous lust for painting.

“Bodies are sold, they are abused, they are twisted, they are reinvented, they are drained, they are dragged around, thrown into cavities and left alone, locked in wrong perceptions, full of attitudes and fears. The spiritual part of it is, that your actions can only be controlled by a very strong mind, which is your spirit.” 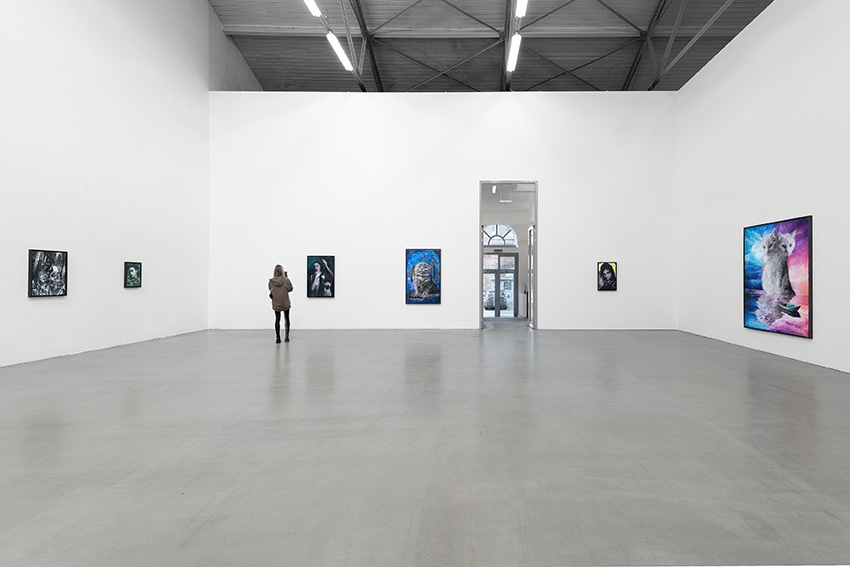