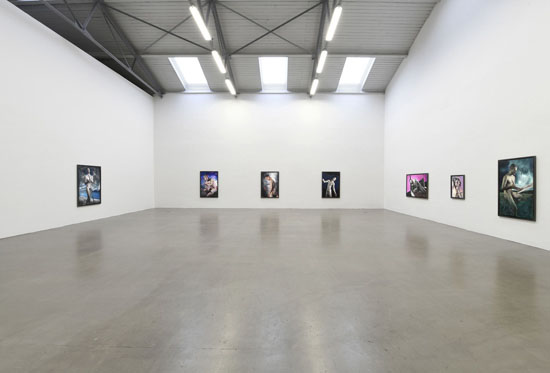 In the Classical era they were almost always nude: Greek gods, warriors, and Olympic athletes in ideally harmonious composition. The naked human body was that of a man. In the Renaissance, the type of the beautiful naked boy manifests in portrayals of saints and martyrs. In the form of Christ — taken off of the cross, the genitals covered only by a light loincloth — or as Saint Sebastian — purified by arrows, more in sensual relaxation than physical agony — they convey an ideal of beauty. Floating in this transcendent moment between life and death, they underline the grace of the body even during its last breath. Without question their erotic appeal to the male viewer also was intended to play a part in the process. 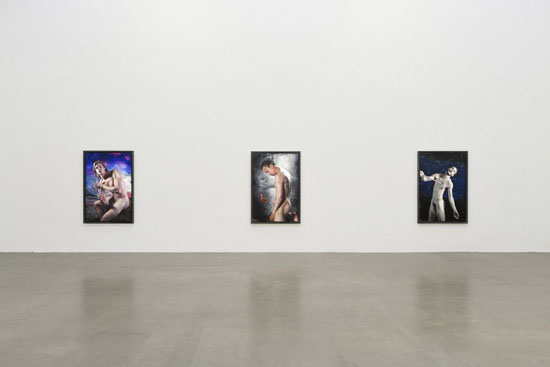 In the 19th Century, while hedonism replaces heroism and a fascination with the strong and athletic body is dominating male nudes, the female body increasingly turns into an object of desire and subliminal sexual fantasy. The sexual charms and the sensual femininity are in focus, without hiding behind any legitimation by a mythical figure or an allegory.

Up until the 20th century, the perspective on the naked female body is always male. What is defined as "male gaze" by Laura Mulvey in film theory in 1975 already manifests in the arts long before that.1 The "male gaze" turns the subject into the object; the body becomes the projection screen for the (male) viewer. As Simone de Beauvoir points out in her feminist standard work "The Second Sex" from 1949: "Representation of the world, like the world itself, is the work of men; they describe it from their own point of view, which they confuse with the absolute truth."2 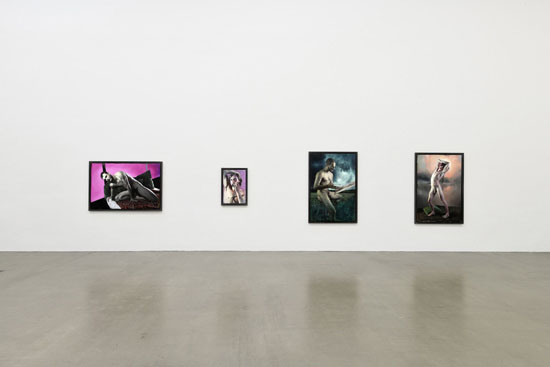 One might assume that male nudity served as an easy opportunity for modern artists to turn the tables with a bang — to easily break the rules. But the opposite is true: some of the most ground-breaking works of modern art are based on naked female bodies, like Picasso's Démoiselles d'Avignon as well as Édouard Manet's Olympia, Amedeo Modigliani's Nu couché, and Henry Moore's Reclining Nude. "Do women have to be naked to get into the Met. Museum?", the Guerrilla Girls are consequently asking in 1993. Modern and contemporary male nudes are still few and far between, aside from well-known examples such as the provocative self-portraits of Egon Schiele or the homoerotic photos by Robert Mapplethorpe. And this is where we find the sore spot Martin Eder is touching with the exhibition "Martyrdom" and his portraits of young, naked men: Why does artistic representation of naked men always carry a sense of something homoerotic or pornographic? What do images of naked men trigger, in men as well as women? At what point does reception shift? Books of male nudes end up in the "Male Erotica" section; female nudes are filed under "Art". Whatever men find erotic is selling, while everything else becomes a special interest product. "Why is it so difficult for men to direct their heterosexual male gaze towards another man?", asks theologian Philip Culbertson.3 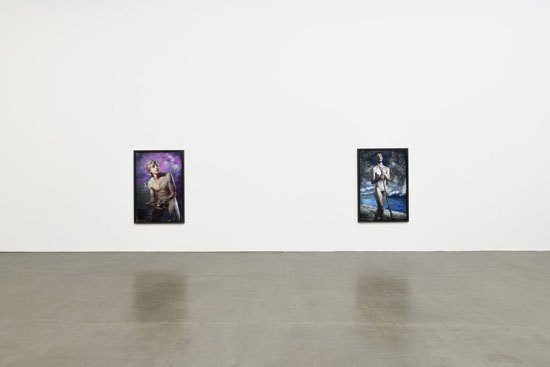 There is no simple answer to all these questions. Confronting them bears comparison with a martyrdom: it is agonizing and tedious, yet long overdue. It is the work of a lifetime, not only in the arts. It seems like men feel their masculinity threatened when being confronted with the image of another naked man. Argumentum e contrario: images of women — be it in advertisements, in the media, in the arts — serve as stimuli for and amplification of the male ego. As if society's conditioning for machismo was prohibiting any other form of physicality — be it lived or seen. This begins with Playboy and The Sun's Page 3 and leads to the Harvey Weinsteins of this world. Martin Eder approaches this subject by reducing it to one question: Why is it not possible to view a naked body in a neutral way? Without subconscious judgment or categorization? For the paintings are just that: portraits of naked people, but this time they happen to be of men. Offensiveness is solely in the eye of the beholder.