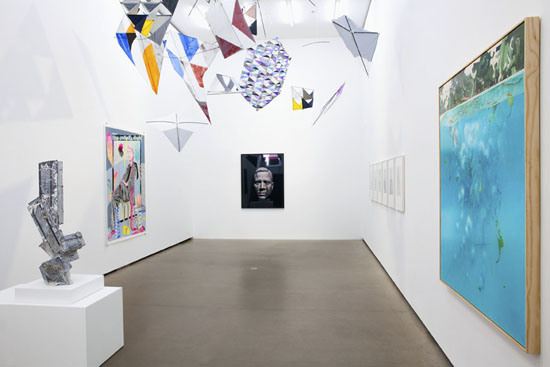 During the summer months, Galerie EIGEN + ART Berlin is pleased to present artists from outside the gallery program. In the exhibition we are showing both young and established positions of artists who have impressed us and whose work we have been following during the last couple of months.

Marion Fink (*1987, DE) has studied with Andreas Slominski in Hamburg. With stage-like scenarios of figures and objects, words and text fragments, she explores the space of possibilities in a constantly more dubios reality.

Zora Janković (*1978, SL) has already taken part at the first "offen"-Show at the gallery in 2016. Her sculptures, geometrical bodies out of concrete and steel, play with elements of brutalist architecture. They reach into the room whilst creating a new one.

Justin Mortimer (*1970, GB) was given the East Award at the East International in Norwich in 2004 by Gerd Harry Lybke and Neo Rauch who were jurors at the time. Ever since he has evolved into one of the most distinguished British painters. We are showing new works from his HOAX series. 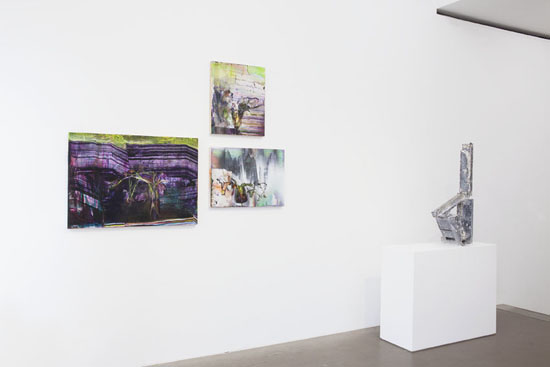 Andreas Mühe (*1979, DE) subverts his own images. He creates seductively beautiful works with the precise use of light, the determination of a specific coloration and his sense for the composition of an image which deals with the game of pathos. In the photography series "Mühe-Köpfe" consisting of 24 works he shows the different stages of the physical dissolving of his own bust carved out of stone.

Ulrike Theusner (*1982, DE) hat already exhibited at EIGEN + ART Lab. The etchings from her "Sweet Birds of Youth" series epitomize a society between solidification, disillusionment and an atmosphere of departure.

Raul Walch (*1980, DE) has studied at Institut für Raumexperimente at Universität der Künste in Berlin. An unconventional, artistic examination with the social reality is the focus of his work. The kinetic sculpture in the exhibition was originally created as a sun reflector for orientation and as a mark for coastguards in order to locate and save castaways.

Alexander Wolff (*1976, DE) has studied at Städelschule Frankfurt and at the academy of fine arts in Vienna. During the painting process, he doesn't confine to the limited space of the canvas and uses textile paint, dust, different fabrics and light. 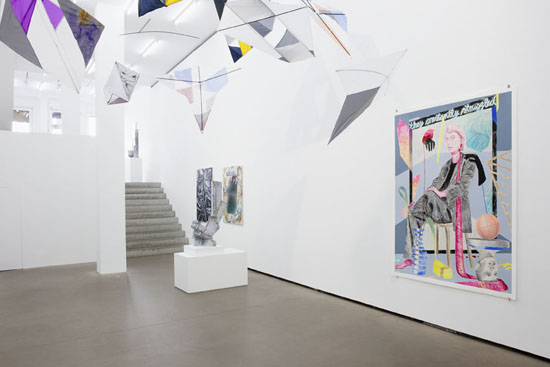