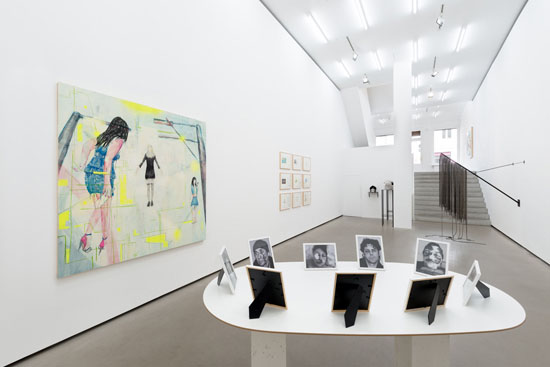 The world changed drastically last year after Brexit and Trump's election, all while the Syrian conflict continues to escalate. In these bleak times the question of artistic political commitment urgently resurfaced. But, can art alone change the world? Arguably, the answer is no. And yet contemporary artists are not shying away from their deep ambivalence about our socio-economic situation. 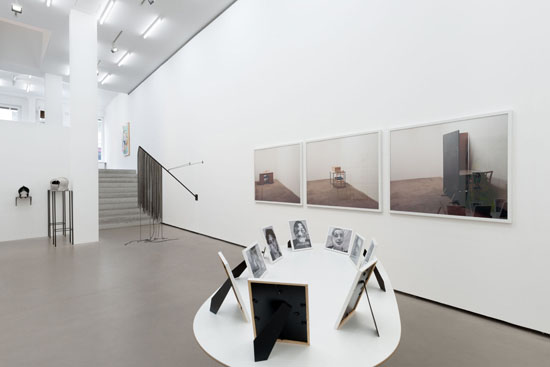 Six extraordinary artists come together for EIGEN & ART's 2017 summer group show—Revolt—to explore the ambivalent and ambiguous relationship between aesthetics and social reality, power and democracy. These artists—Birgit Brenner, Stef Heidhues, Christine Hill, Lada Nakonechna, Ricarda Roggan and, the only men among them, Jörg Herold—refuse to drown in despair while recognizing disempowerment. Through their works, these artists navigate the problem of sustaining a critical moment of aesthetic experience without legitimising mass culture, mass production—or its supposed opposite—art for its own sake. Their shared medium is ambivalence.

Nowhere is this ambivalence most sharp than in Birgit Brenner's tension-laden cardboard structures. In her arousing assemblages, she manages to get under our skin pointing straight to the exact source of discomfort.

The politically-active artist from Ukraine, Lada Nakonechna, presents two works that questions the use and abuse of language and people in advancing political goals. In Negotiation Table, photographs of journalists that were violently beaten, imprisoned, and punished as "traitors" during the Maidan political upheaval of 2013-14 appear to us like pawns in a political game.

Tensions and ambiguities of representation are central in Stef Heidhues's ceramic helmets which uses the material in an unexpected way. 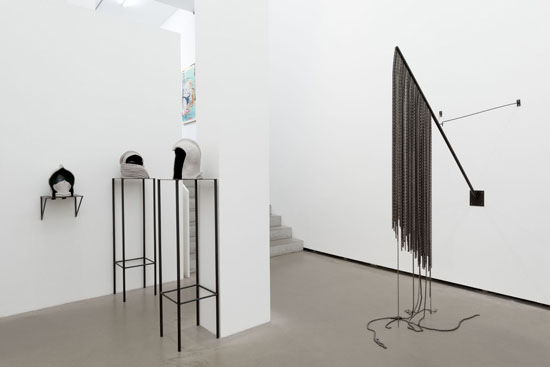 Revolt's main progeny—Revolution—too has been cheapened, striped, and divorced from its original meaning. And that's not the only takeaway from Christine Hill's Revolution Fleamarket.

Meanwhile, Ricarda Roggan's conceptual photos of GDR-era voting booth furniture, meticulously recreated in the position in which they were found in an abandoned room, are far from nostalgic or romantic. 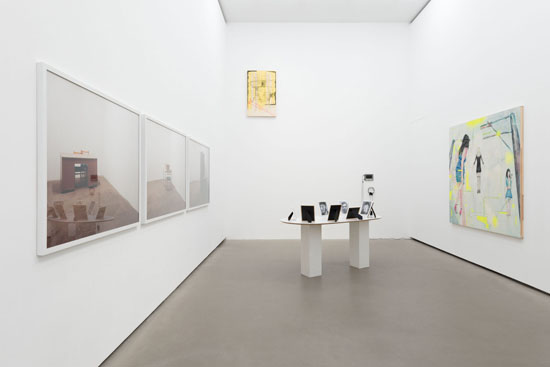 Because these artists have not been conscripted to restructure the meaning of Revolt—they do not subject us to propagandistic or nihilistic messages. When joined under Revolt's banner, however, these artworks expose revolt's own self-conflicting history and meanings. They thus reveal artists' own ambivalence towards Revolt. A sharp note to strike in the year that marks both the 100th anniversary of the Russian Revolution and the inauguration of Trump's presidency.