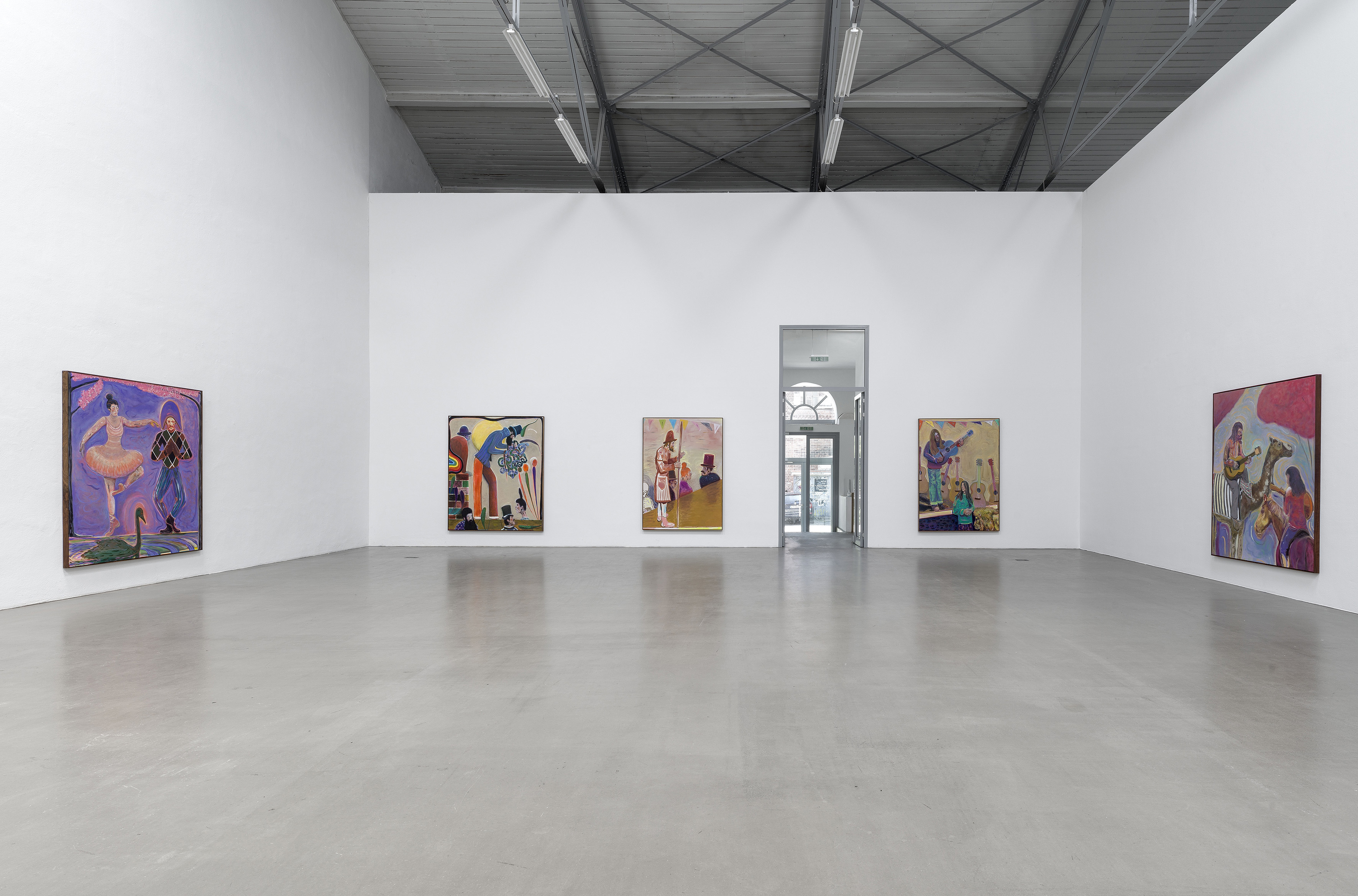 A person's life consists of a multitude of travelled routes and a variety of resulting experiences. When a person reflects on the path they have covered, it will reveal rough as well as smooth and effortless stretches. Both of these aspects will then converge into a coherent whole that can provide a constituting narrative of personality. If we were to describe these routes as journeys in German, the word Reise allows us to draw an etymological parallel with the English word rise, as in to rise up: to rise to what one was meant to do. This parallel is also present in the Bildungsroman, the coming-of-age novel, in which journeys taken lead to inner transformation.

In Ryan Mosley's latest exhibition, “Upon Peaceable Land” at Galerie EIGEN + ART Leipzig, the artist reflects on his protagonists' travels and paths. The situations in which these protagonists find themselves are not always unfettered by ambivalences. The paintings often have an uncanny aspect, yet they are embedded in a soothing magical, fantastic world. The camels frequently appear as riding animals; they are long-standing symbols of patience, discretion, wisdom and perseverance.

They carry their passengers unperturbed into their destined future, accompanied by melancholic sounds that praise love, togetherness, the moon, and the soil, which peacefully and reliably provides ground for the weary feet of the travellers.

Ryan Mosley finds inspiration in his acquaintances, dream figures, fantasy, memories, and art history. He draws on classical traditions of art history through fantastical subjects yet simultaneously puts them to the test and playfully evokes the humour inherent in the human condition.

The works in Ryan Mosley's latest exhibition depict both movement and stillness. The subjects move to places where they can indulge their passions and talents. Once there, they can rest and literally come to their own. The dense colour thicket in which Mosley's protagonists move reveals the landscapes of their souls. It is a circular movement that affects the viewer's temperament, drawing them into the pictorial scene, and despite the uncertainties of our time, it raises a utopia that gives hope for a peaceful land beyond our reality. 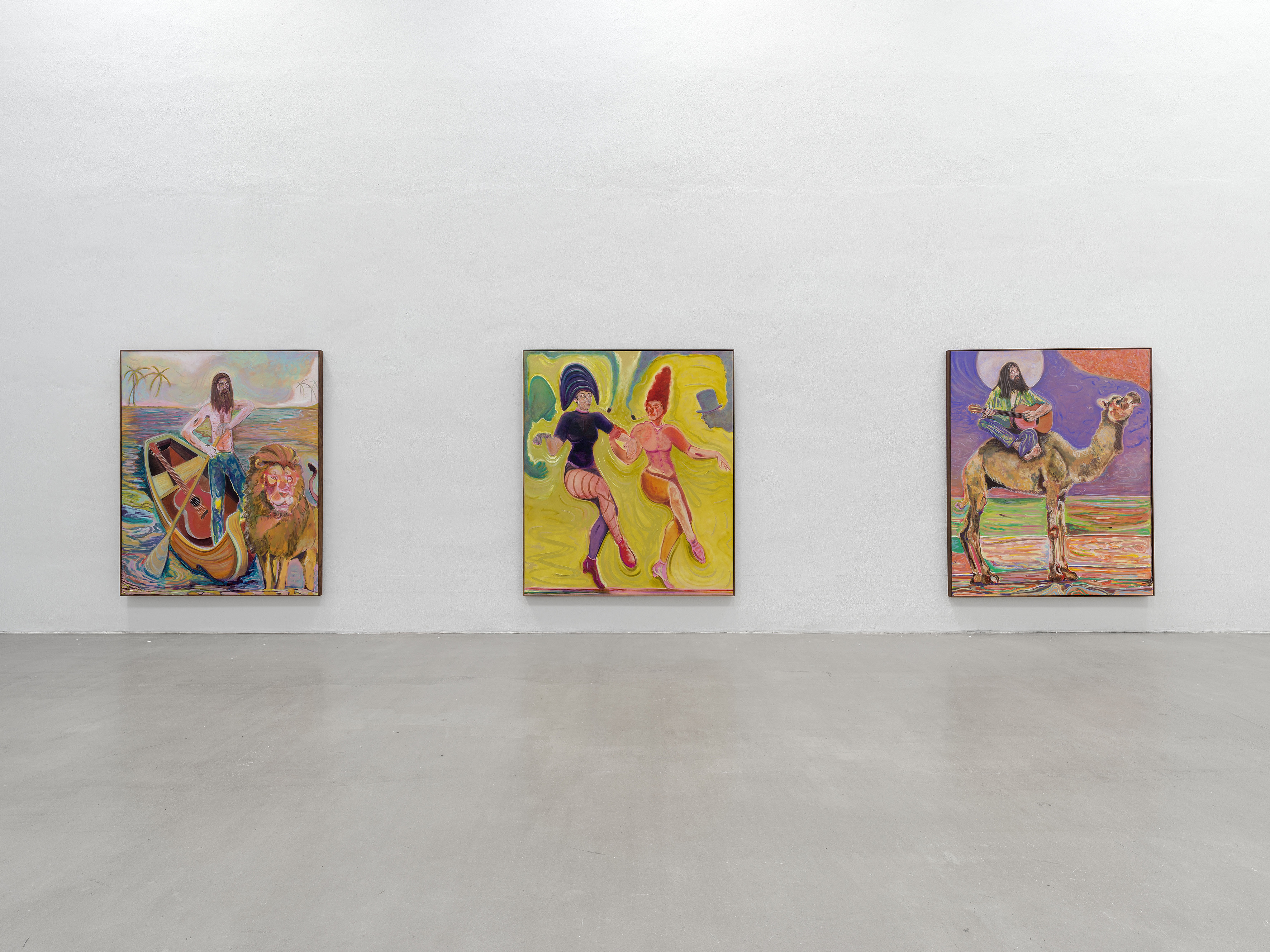