From May 28 until July 4, 2015 Galerie EIGEN + ART is presenting British painter Ryan Mosley in his second solo show in the galleries main space in Berlin. 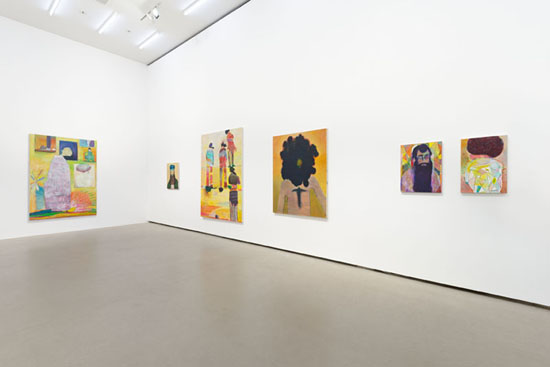 „Painters come in two varieties. There are those whose work is essentially premeditated, and who seem to understand the journey upon which they are embarking even before they begin. And then there are those for whom painting is a kind of river in full spate into which they jump and, if mother luck and a good deal of pluck stay with them, swim. You could call it a conflict – or perhaps it is merely part of a continuing conversation – between the followers of Classicism and the heirs of Romanticism.

Ryan Mosley is of the second variety. Mosley's wonkily strange and untameable narratives and bit-part narratives emerge from profound art-historical depths – you can easily spot the influences of, say, Breughel, Picasso and Léger, for example – but they are so exuberantly flighty and fiercely anarchic in their fashioning and their outcomes that it also feels almost mistaken to pinion him to the near or distant past in any particular way. He paints with a kind of no holds barred lustiness, in bedazzled lashings and patchings of colour, in a gleeful fury of unreason. His paintings often have blithely tossed out fragments of story for us to chew or meditate upon. What is the relationship between a beard and a snake and a cactus, for example? There is never an answer, of course. There is only ever another question. 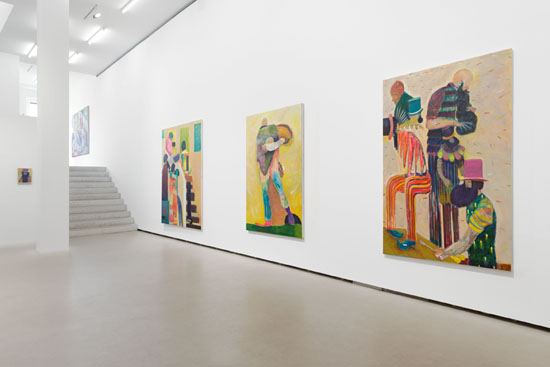 This time, in painting after painting, we are given a much more specifically realised context than ever before: the art gallery experience. In painting after painting, Mosley's humanoid motifs – an awkward but rather necessary way of describing these grotesque creatures of carnival who are set adrift in these works like so many animals released from the cages of a zoo - find themselves in the company of paintings on the walls of a gallery. The motifs doing the looking seem to belong in the paintings; the motifs in the paintings themselves are often remarkably similar to their scrutineers, and perhaps ought to be set free to observe themselves from the interior of the gallery space. In The Mirror Never Reflects, only a stacking of paintings remain: we are being challenged to spot the references to other painters, other paintings. It is all such a rich comedy of pell mell confusion. The drifting forms themselves are often wildly colourful approximations of the human species, clownish or skinnily marionettish in their stove pipe hats, jauntily moustachioed, malleable as plasticine, lop-legged, gangly, patched together with lozenges of colour, lacking an arm or leg from time to time – or perhaps having an arm or a leg to spare. There are also portraits here of bearded men, occasionally as close as Mosley has ever come to observed human likenesses – and it is still not very close, except perhaps in The Last Sea Captain. Even here, in this slightly less noisy context, the world is still inclined to run amok. A beard can swarm out of control, engulfing the face, as in The Gurudude. The picture frame alone circumscribes all this circus madness." (Michael Glover)