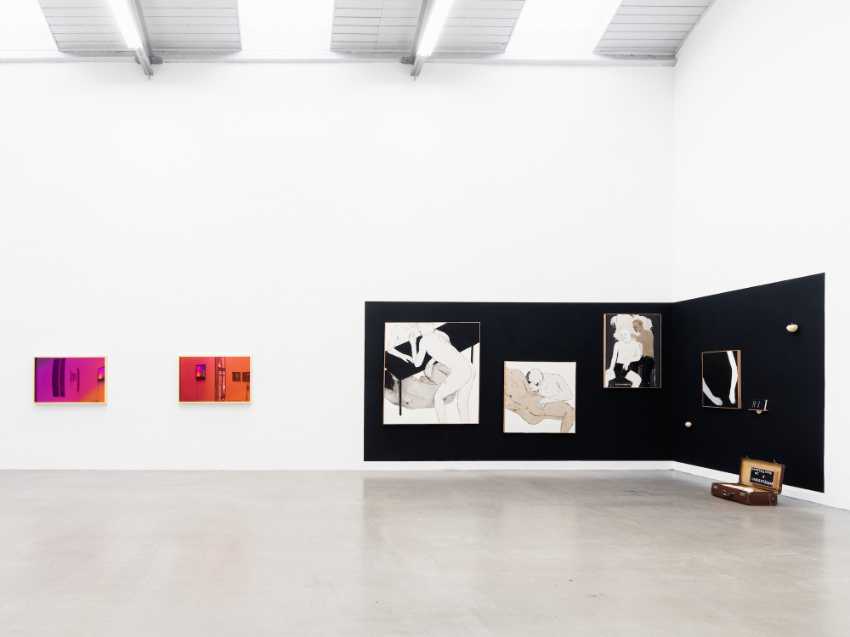 In our group exhibition Space and Place at our gallery Leipzig we are presenting works by 15 artists from Europe and South Africa, curated by Khanya Mashabela.

Despite being treated as interchangeable, there is a tension which exists between the words ‘space’ and ‘place’. The word ‘space’ implies emptiness or availability, space to move, imagine, and experiment. In art, when we refer to space we are pointing to composition - the use of line and form to create or resist a sense of perspective or depth. In contrast, ‘place’ is more loaded and more particular, implying belonging or ownership (“find your place”). This is a space with context -- identity, subjectivity, memory. In Space and Place, each artist shows a unique relationship with both space and place, mediated through politics, psychology, sexuality, and technology in their unique visual languages. The exhibition shows the works of emerging and mid-career artists from the ‘Global South’ and the ‘Global North’ in conversation, considering the ways in which they play with specificity and ambiguity to depict a world which alternates between the imagined and the real; the aesthetic and the political.

The theme of the exhibition is intentionally vague, using a singular line to explore the relationships which exist between these artists with radically different practices and contexts, while still allowing the works to operate on multiple levels and address a myriad of issues. Ultimately, the exhibition explores the tensions that can be felt throughout art history, of artworks that look inward, artworks that look outward, and artworks that do both. 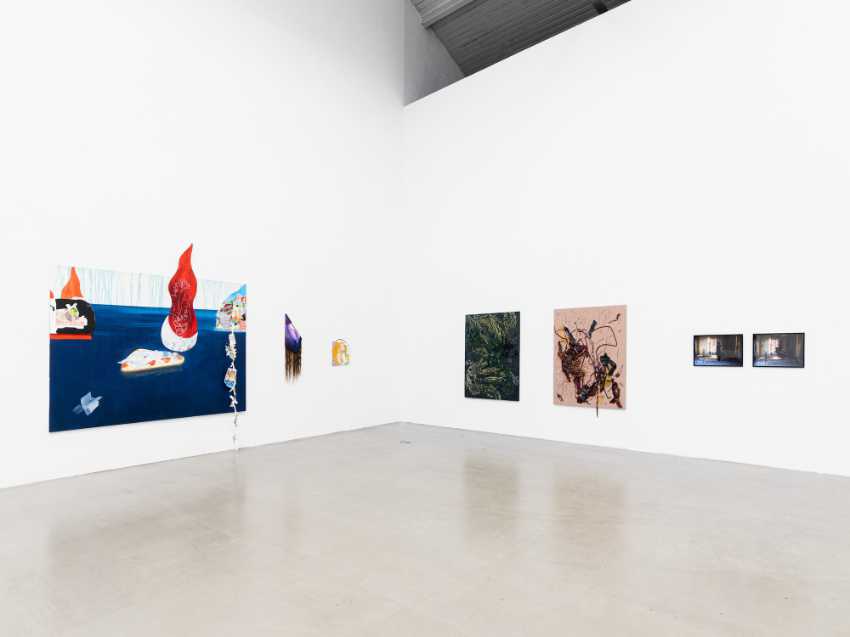 Space is a contentious issue in the South African context, due to the country’s history. The Apartheid government instituted a series of laws and policies which restricted land ownership in order to create more exploitable rural and urban Black workforces, and to racially segregate communities. Zwelendaba’s works use material in order to convey particular experiences of South Africa, such as ‘ikhuko’, a culturally-significant grass mat still used in rural areas, and the emergency exit window of a bus. Public transport in the country is primarily used by working-class, Black people due to economic inequality. They are generally overcrowded and poorly maintained but, as a place where people gather, culture is able to disseminate there, as evidenced by the popularity of music genres like Gqom and Pantsula which spread partly by being played by drivers of minibus taxis. By using these objects with very particular cultural connotations, Zwelendaba reclaims the land and its representation in culture.

Similarly, Asemahle Ntlonti integrates fragments of her surroundings into seemingly abstract paintings, introducing ‘place’ into an artwork which, at first glance, is speaking in a purely formalistic language of space. For example, we see a cutting from a Snowflake flour bag, an iconic South African brand. Place is further introduced by her title, Emaweni, meaning steep. We are left to look at the surface and consider how its representation of space suggests ‘steepness’, emotionally and physically.

Sepideh Mehraban’s works have a similarly interesting relationship with their evocative titles, as well as with found objects. A rug is itself suggestive of a particular place, the home, though this place has been interrupted by its political context. Mehraban introduces these disruptions with paint and print-making until an object celebrated for its symmetry and harmony of form, instead references turmoil and displacement. The history and well-being of the home and of a nation - Iran - are layered into a single object.

In Hanna Stiegeler’s images there are dramatic representations of commonplace objects which make the ephemeral appear monumental. However, they seem to function very differently to Ntlonti and Mehraban’s works. Rather than bringing to mind specific contexts, the aestheticized, blow-up images seem to exist in a void. They are images that could be seen anywhere and nowhere, leaving the viewer to consider their characteristics as aesthetic objects rather than as placeholders for something which exists outside of the work. And yet, this obsessive interest with the surface level is reminiscent of mass-media imagery.

In contrast to Stiegeler’s slick visual language, Ian Grose’s paintings connect more closely with the tradition of abstract painting. Grose’s works, at first glance, appear self-referential. We see a series of dabs of colours in combinations which feel emotive and unique. Though there is space in the artistic meaning of the word, it only exists in the relationship between one shape and another. There is seemingly all space and no place. However, in some ways these paintings are representational and figurative, drawn from images of textile patterns captured by the artist. Looking closely, we can even see a solar flare painted into one of the works. There is a subtle exploration of painting and its references to inner and outer worlds. 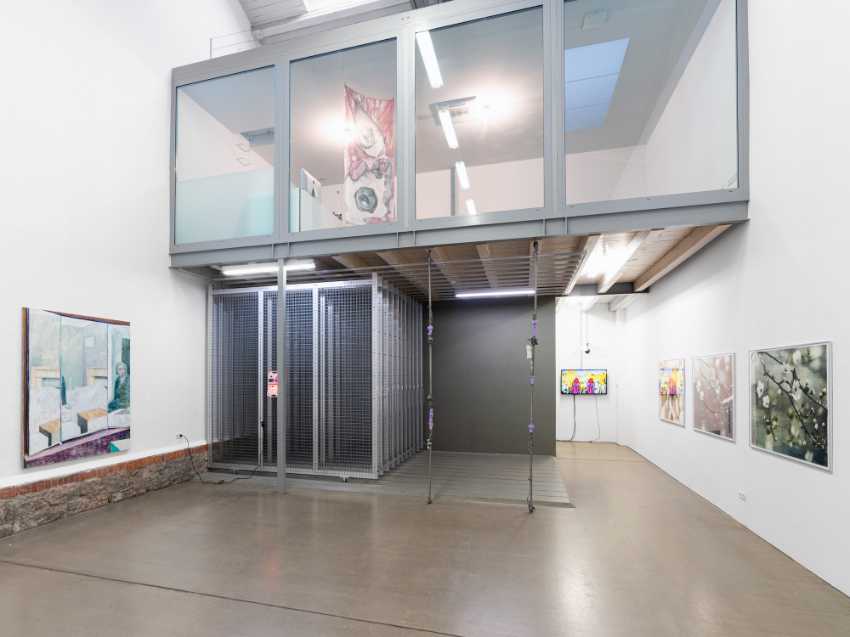 Msebenzi subverts expectations of the rural space through her artistic practice, which combines performance with photography. In the Asimboni amakhwenkhweni series (2018), which translates from isiXhosa to ‘I don’t see the boys’ in English, we see three chairs facing away from each other in a bare living room. The facing of these chairs towards the walls is eerie, but the strangeness of the scene is undercut by the second photograph in which we see the artist playing a game of ‘umgusha’. This is a game mostly played by girls, in which a string made from pantyhose is tied around chairs and brought higher and higher to see who can jump the highest. Here, we see how a gesture (like an object) can invoke a particular place, and also draws our attention to gender roles and the patriarchal structures which define so much of culture.

In Msebenzi’s photographs, there is a sense of nostalgia. This feeling is heightened in the works by Elene Shatberashvili. Nostalgia is defined not only by the act of remembering but also yearning for a past that cannot be regained. Shatberashvili’s images are of commonplace scenes, which engage deeply with this feeling of yearning, treating memory as a landscape which calls to be mapped out as best as possible. The sketch-like technique of applying paint to the canvas and the fuzzy features of the subjects reiterate this feeling of attempting to explore and represent a place that was once familiar.

In Brett Seiler’s artistic practice, gender and sexuality are the focus, subverting patriarchal and heteronormative ideals. We see intimacy and acts of kindness between men, but also a peculiar representation of space. The backdrop is often void-like and suggestions of linear perspective, such as the lines of a table, are loose and compromising. Through this aesthetic, Seiler allows himself artistic and creative freedom, in line with his subjects’ apparent freedom of being. Through his art, Seiler allows himself the space to live outside of the rules to explore the body, overt sexuality and sexual taboo, and emotional vulnerability. 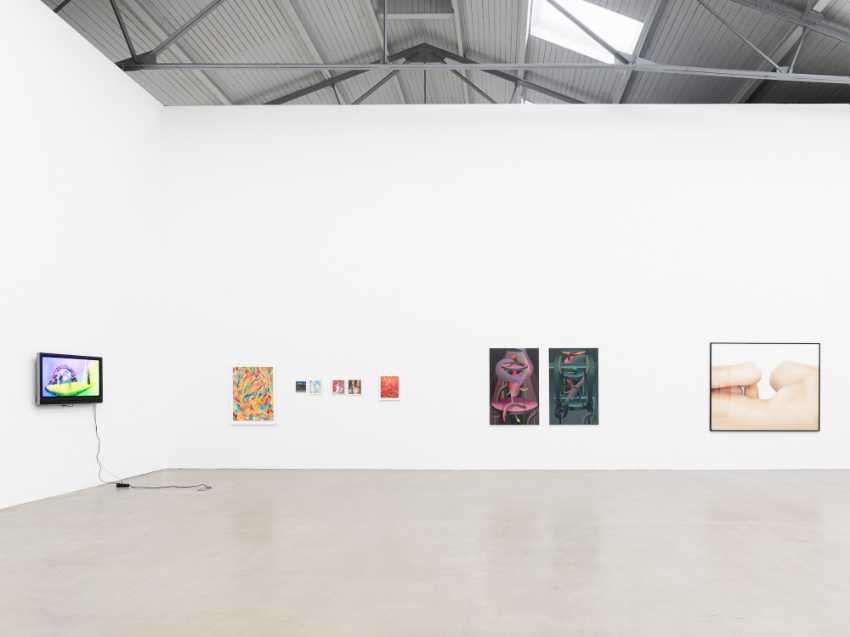 This interest in the body is shared by Louisa Clement. Though sexual freedom is present in her ‘Body’ series, her exploration transcends that. The body is documented in intense detail, like the topography of a landscape, evading the cultural weight so often placed on bodies, especially women’s bodies. We also see what at first appears to be the absence of the body in Clement’s ‘Mirror’ series. However, through this aesthetically appealing, mirrored surface, we see ourselves and the gallery space, warped by the will of the artist.

Lotte Meret’s representations of the body operate differently to Clement’s. Rather than avoiding social beliefs and ideology, they meet them head first. Meret shows our bodies as they are in the virtual realm, mediated by the internet and then exaggerated for effect. Through this exaggeration, Meret is able to illustrate the more sinister and ridiculous elements of this new cultural landscape

Natalie Paneng takes a closer look at the very idea of an online, cultural landscape, exploring how the virtual world of social media has produced its own value systems, like a newly founded country. Paneng directly engages with this idea of the internet as its own ‘nation’, through her ‘Nicetopia’. Like Seiler, Paneng uses her medium to allow herself the freedom to see the world in her own image. 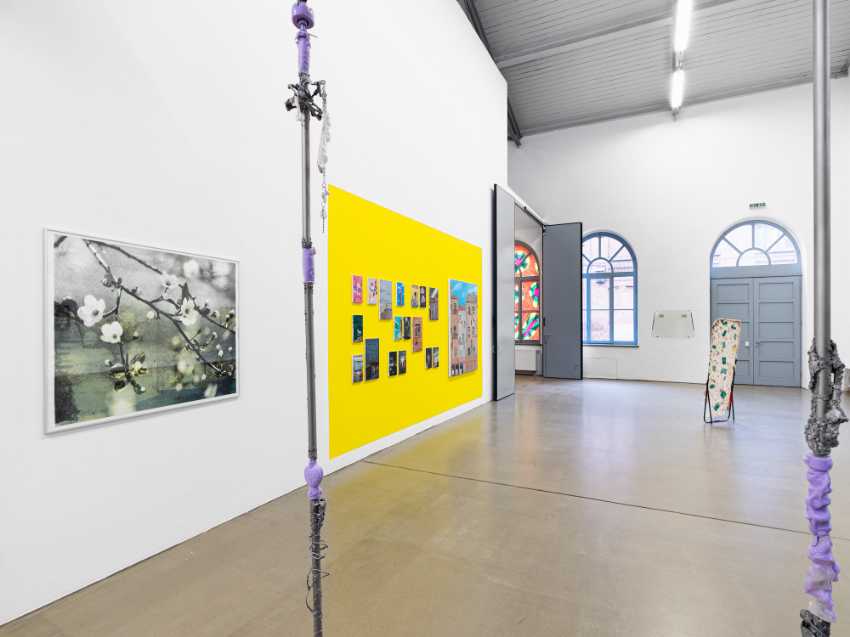 An interest in fantasy and the surreal is further seen in works by Igor Hosnedl and Adrian Mudder. Mudder, like Paneng, makes use of a sometimes humorous and often cheerful aesthetic language which, when looked at deeply, suggests a disillusionment with the ‘real’ world and a desire to make a place which is better, more colourful and whimsical. Why look out the window at ‘reality’ when we can look at a series of uplifting colours and shapes instead?

Igor Hosnedl also deals in the surreal, though his artworks are more emotionally ambiguous, veering from sensual and serene, to quietly sinister through variations of colour and line. Each invented landscape feels vaguely familiar and yet alien at the same time.

Madeleine Roger-Lacan’s artworks exist somewhere in between Mudder and Hosnedl, with a more ambiguous tone. The world in Roger-Lacan’s works varies between sickly sweet and abject, with bodies melding into landscapes, again playing with the tensions between the familiar and the alien or surreal.

Finally, Gabrielle Kruger brings us back to the ‘real world’. Though her paintings appear at first glance to be abstract (similar to Grose), they make reference to nature, in a non-traditional way. For example, in painting the sea she looks to wading pools and beaches filled with seaweed and other slimy, shiny debris. The effect is heightened by her unique material, a paint made from plastic which she extrudes and cuts into shape, and which hardens while continuing to appear pliable. The use of plastic to represent nature points to a harsh reality of environmental damage, to which the use of single-use plastic has contributed. The combination of these ephemeral scenes created in a material which does not degrade, in the context of art which we understand to be objects which will last beyond the lives of their owners, is thought-provoking. 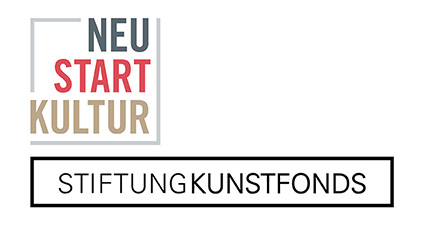 Khanya Mashabela is a curator at Norval Foundation in Cape Town, where she has curated "And then you see yourself: Zanele Muholi" and "Mixed Company", a thematic group exhibition engaging with the nature of social gathering. Previously, Mashabela held the role of Galleries and Special Projects Manager at Cape Town Art Fair for three years, alongside six years as an independent art writer with a focus on the aesthetic and political concerns of modern and contemporary artists from southern Africa. Mashabela has a Master’s degree in History of Art from the Courtauld Institute of Art, London. Her writing has been seen in publications including Aperture Magazine, Hyperallergic, Elephant Magazine, Contemporary And (C&) and Mail & Guardian.