2017 in Stella Hamberg's studio, a hall next to the Skulpturengiesserei in Berlin. Two unconnected bronze legs loom up some 2.3 meters into space out of a base plate. Rough surfaces alternate with distinctly structured ones. The statement is loud, almost blatant. The two steles end at waist level, widening toward the top. The gap between the columns, a narrow line of light, draws one's attention to both the figure's surrounding and internal spaces. It stands securely on suggested feet pointed in different directions, yet appears to resolve itself into pure contrast with the surrounding space. Above it, a tree trunk is balanced at a height of 3 meters, supported by a fragile tripod. Hamberg comments that it is black locust wood, long used to fence in fields and pastures owing to its imperviousness to weather. 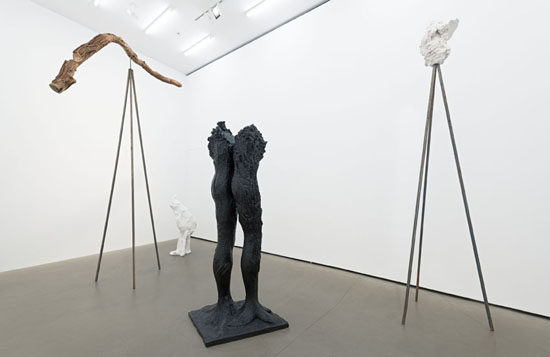 On the floor are seemingly amorphous sculptures in plaster. Some are suggestive of heads, others maintain a puzzling balance between negative and positive forms. In these new works the sculptural vocabulary has been simplified, reduced to essences. Detailed execution has disappeared in favor of structure as such, and with the decision to employ plaster and wood instead of clay and iron in the sculptures' composition the methods have fundamentally changed.

Plaster, which offers little time for alteration, and which Hamberg otherwise employs only in the construction of negative forms, is now used for the actual image. At the same time, however, it is also part of a meditation on negative and positive spaces that continues beyond the individual sculptures into the surrounding space, creating ensembles of different objects. For the first time since Alexander (2004) there are again scenarios, stage sets, pictures in space composed in constant engagement with the object. 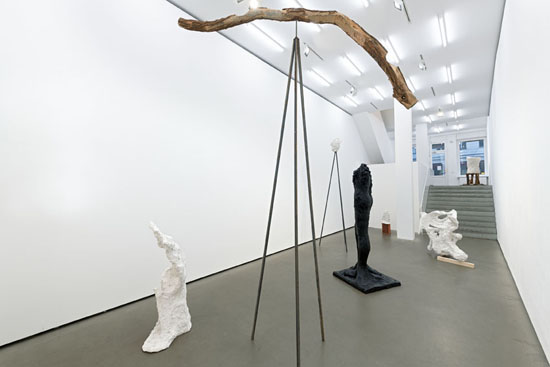 Once again it becomes clear that formal changes in direction necessitate new methods of presentation suited to the given object, the creative process itself attuned to the specific concept. It is not merely a matter of different motifs or subjects; a particular approach appropriate to each new line of thinking assures a bond between method and content, the poles of art.

The juxtaposition of ephemeral and long-lasting materials – bronze, glass, wood, plaster, iron, cardboard, artificial and natural stone, along with objects of everyday use, both industrially produced and handcrafted – in itself touches on core artistic issues. But here it is never exclusively a conceptual combination based on a sensitivity to materials and formal concerns. Hamberg's works remain close to the figure, to narrative, the object, and in her highly effective treatment of the various forms and of synthetic and natural materials, both intensively worked and raw, create an altogether idiosyncratic, inscrutable poetry. 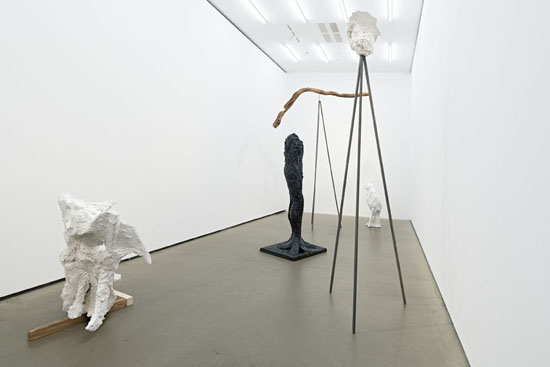