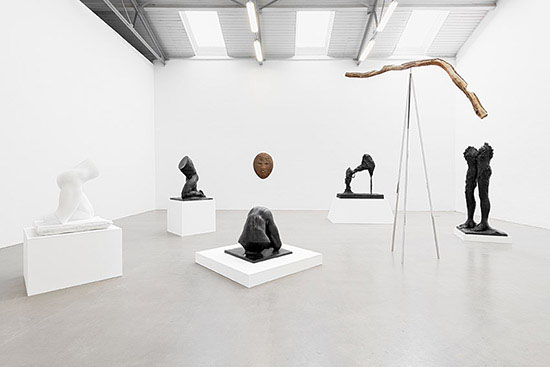 As human beings having seven sense experiences in three-dimensional bodies, we are drawn to other bodies regardless of the material they are made of, be they still or moving. There are wonderful psychological and neurological reasons as to why humanity has sculpted and drawn, and later photographed the human body, from the beginning of human history onwards. These are defining expressions of an awareness of our subjective self, our bodies being sacred, self-generated sense-givers and of our eternal search for understanding their mechanism through reflecting ourselves in others. A bodily reflection takes place on multiple levels and starts with an identification of scale, volume and material. Then a different kind of reading occurs; an interplay between the senses, our mind, memory and our inner being. A soul reading. The human body is central to how we understand facets of identity, including our own.

In philosopher Jean-Luc Nancy´s (b. 1940) book Corpus from 2006 he includes his Fifty-eight Indices of the Body (58 indices sur le corps). For the 41st one he writes: “The body keeps its secret, this nothing, this spirit that isn´t lodged in it but spread out, expanded, extended all across it, so much so that the secret has no hiding place, no intimate fold where it might some day be discovered. The body keeps nothing: it keeps itself as a secret. That´s why the body dies and is borne away, concealed, into the grave. Of its passage, hardly a few indices remain.”

Stella Hamberg´s dynamic sculptures have their own language, they exist in their own world that collides with ours. Different as they are in their arresting character, they individually and collectively share a secret, it is as if they are joined to cast a spell on us, elevating us a bit as they subtly guide our attentive bodies between each work in the gallery. Our visual field expands. Our moving body observes the sculpted, fragmented bodies. Our consciousness shifts between our moving bodies and the dense stillness of the sculptures, like a slow-motion ping-pong ball game. We touch these bodies with our eyes, they have a strong presence. We are observing our bodies observing a representation of bodies that entail magic that at once creates for us a heightened sense of belonging to humanity and alienation from our own bodies.

Stella Hamberg had her first exhibition at EIGEN + ART in Leipzig 15 years ago and this year marks her 25th year since she started her career as an artist. Her exhibition Jubiläum receives its title from the Old Hebrew word Yovel. As she has informed me, in the Old Testament, Yovel or Jubilee is presented in the book Leviticus as "Sabbath of the Sabbath years", a year in which debts are released, slaves are liberated, the shofar (ram's horn) of liberation is sounding and a radical land reform gives those who have lost their land a fresh start. Everyone should be guaranteed a home. This year of release, which happens every 50 years, offers the opportunity to get unstuck, to move beyond the pain of the past fifty years, and to find a new path toward liberation. Yovel seeks to ensure that gross imbalances in the distribution of resources do not endanger the structure of society or the health of nature. It is about generational thinking and the awareness of the relationship between humans (adam) and land (adamah). 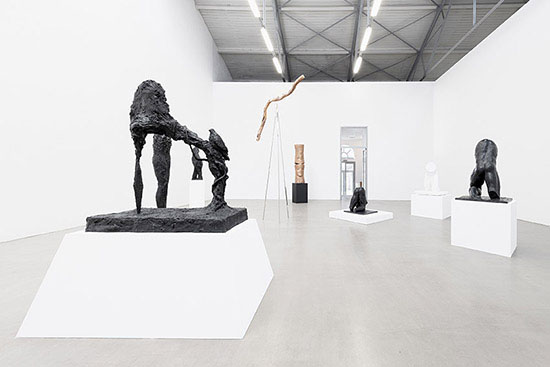 Stella Hamberg´s sculptures are timeless in that with great knowledge, skill and vigour she creates human and animal figures, and plant-like figures based on chimera; organisms composed of two or more genotypes between growing and moving, pedals and plants, -from materials such as plaster and bronze. But their timeless quality is furthermore grounded in their energy being suspended between the firm soil under the building and the organisms exterior to the space they are installed in. They are in dialogue with the cosmic, non-linear dimensions we are yet to fully grasp ourselves. The space surrounding them is enigmatic, vibrating and our own moving silhouettes start to vibrate in the same frequency. These physical objects are not symbols for magic but they are indeed magical wands. They do not represent mystery but rather awaken the mysterious and ancient within us – the etheral fuel that keeps the human machine in constant motion, the elements retaining the spirit of all humanity in non-linear time in every particle inside each of us.

Stella Hamberg´s sculptures take me on a revisiting tour through some of the archeological museums I have visited in the past year; The Egypt Museum in Cairo, the Acropolis Museum in Athens, the Heraklion Museum in Crete, the Archeological Museum in Palermo. It is a revisit in that her works are highly charged with energy of the ages, as if all of humanity´s angst, ugliness, sadness, fear, lust and love have been distilled and blended in with the materials she formes her works with.

It is perhaps a bit too much to line the art of a contemporary artist with the century-old lineage of humanity´s sculptural expressions of human and animal spirits and venerated vegetation, but that is honestly the cobweb in question; her quality to be able to draw a line between thinking of and giving form to bodily shapes in our times, at the end of civilisation as we know it, and relating to the body as it has been depicted in art throughout the ages.

Some might claim that the body hasn´t changed for millenia and that we remain the same, but for me, Stella Hamberg´s art reminds me to sharpen up and not to fall for that device too easily! The body and our perception of it has indeed changed from when the Egyptian mummies were wrapped and smeared with animal fat for the afterlife. Today we are all cyborgs; almost all of us have exterior materials made as part of our bodies; fillings in our teeth and metal screws in our feet that will be left in our graves long after all biological material has vanished. We are cyborgs trying to find and keep and nurture our humanity in a body-capsule which is us and yet alien to us and might not be enterely our property either anymore.

The Futurists used the term physical transcendentalism in describing their believe that physical objects have a kind of personality and vitality of their own, revealed by force-lines and showing the inner, essential and the absolute nature of human physical sensations. Stella Hamberg works in this spirit and her works in the exhibition Jubiläum are very much testament to her intelligence and abilities to charge her sculptures with questions about ourselves, our true desires and the voyage of humanity, past-present-future. Our vehicle is the body, but our waking-state and awareness of and in that body is brought by aesthetic training of moving the focus from mentally assuming to physically observing arresting three dimensional objects.

Birta Gudjonsdottir (born in 1977) is an artist and curator. She lives and works in Reykjavik and and Berlin. In 2011 she attended the Curatorial Intensive program hosted by the ICI; Independant Curators International, in New York. From 2014 through 2018 she was the chief curator of National Art Museum of Iceland, Reykjavik. She recently was the curator of the Icelandic pavilion at the Venice Biennal. 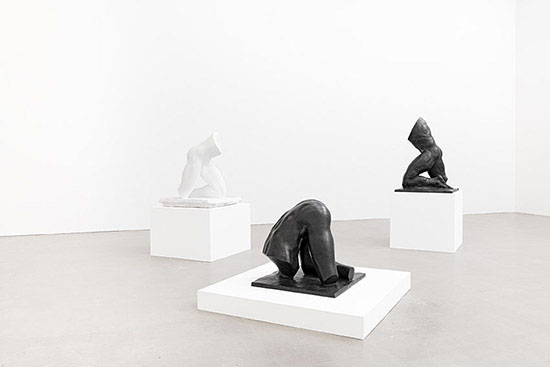