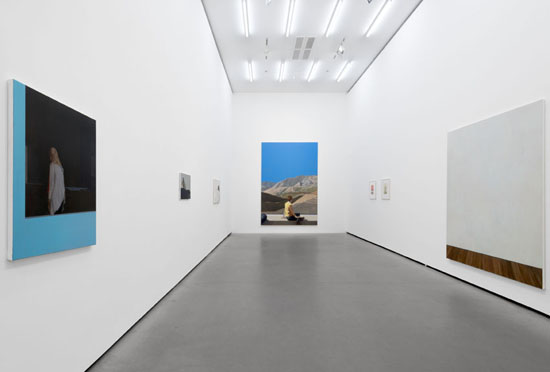 The first picture I saw on entering Tim Eitel's studio early one rainy afternoon towards the end of March was propped against the wall to the left. It was in the process of being finished. Logically what I should have done right then was let my gaze sweep along the wall until it came to rest on the breathtaking picture I'm going to mention at the end of these few lines. But in fact, and odd as it may seem, it was to the right-hand wall that my attention went from the unfinished painting . Works of different sizes were hung or propped there in disarray: a silhouette climbing a flight of stairs; a woman whose face we can't see, glimpsed at a window whose perspective leaves us wondering; a body more than three-quarters covered by a sheet; a man working a modular synthesiser; a picture within a picture. Tim Eitel has called this exhibition – in a veiled allusion to Marcel Schwob – "Vie Imaginaire". 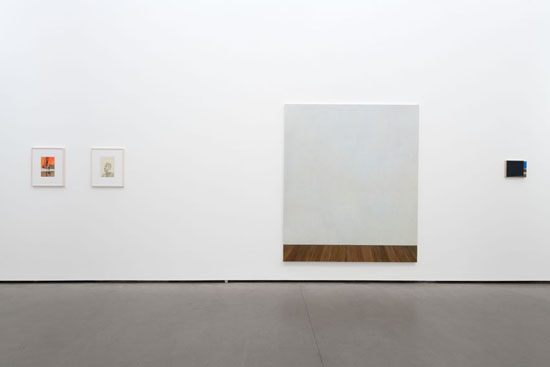 You have to take your time and let these pictures sink in. With their almost hypnotic power. With the transformations taking place within them. What are we to say of this man's face too close to the wall? Of the synthesiser cables that look like pictorial signs verging on the autonomous? Of the neoplasticist composition on display at the top of those stairs? What are we to say of this big painting of Tim himself, tense and concentrated, sitting in an armchair, a study in absorption in Diderot's sense of the term? What are we to say of the "blank" wall behind him, whose gamut of shimmering tones initially eludes the eye? And how to interpret this semblance of an opening onto the outside? Is it a landscape? But if so, what's this shadow doing on the wall? 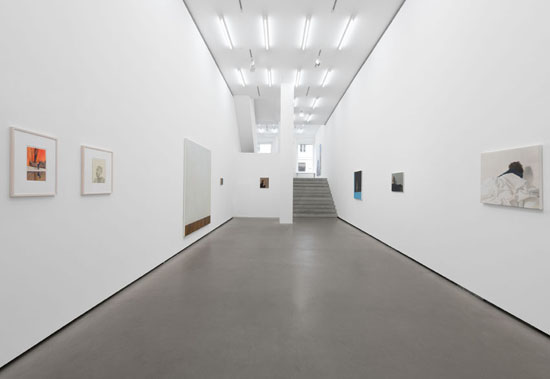 It was at this very moment that I turned and saw the exhibition's magnum opus, the picture I missed when I first arrived. A woman – Sophie, the painter's companion and a frequent presence in this group of works – is shown sitting on a bench. A bench on which a garbage bag is inexplicably resisting the law of gravity. She has her back turned to us. Like those figures so prized by the German Romantics, starting with Friedrich. Like Madeleine in the Legion of Honor museum in Hitchcock's Vertigo. Spread before her is a sumptuous landscape. But lower down a cast shadow – another one – signals that this is not a "real" landscape, but a picture on the wall. The same one a fragment of which had duped us in the self-portrait with armchair. For neither opens onto space. They fall back on surface. There, life. These flesh and blood beings. These items of furniture. These objects. These structures. Here, painting. Only that. 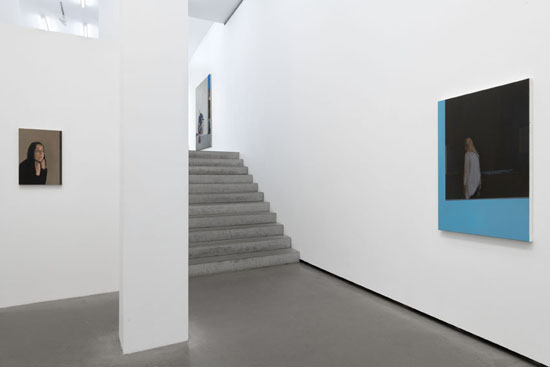