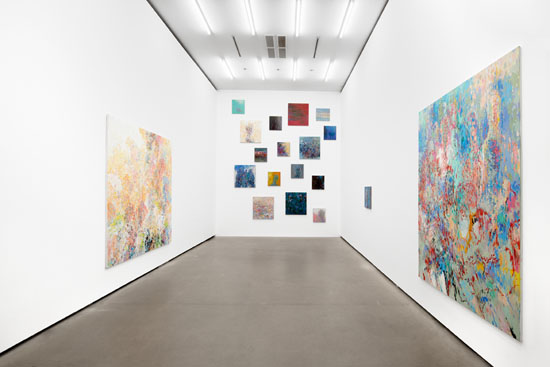 Album compromises a series of pictures that were produced in the years 2018 and 2019. The individual motifs are fed, similarly to the previous group of works, with fragments of memory which imprecisely emerge out of the consciousness; out of something seen which flashes like old film snippets and out of something invented – a conglomeration of dream and the idea of the image – and themes which have already been worked on.

There are heads, self-portraits, an old theme within art history. Here they become self-portraits without physiognomy. The character simply results from colour and form. Even though some of the pictures appear to us as familiar motifs, they are still pictures which have always been produced with the desire for a new artistic invention.

It isn't something seen which is shown, but something experienced. Something experienced which can unexpectedly come from everywhere anytime – from art history or even from one's own biography, the own existence within the current conditions – and that, in the best-case scenario, is handed down as an intimate painting experience. Terms such as "abstract" or "objective" are irrelevant. Space is caused by colour. Drawing doesn't function as contour. 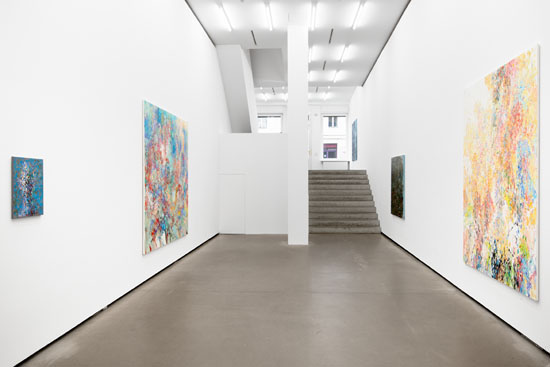