For quite some time Galerie EIGEN + ART Leipzig/Berlin is present through various cooperations in Asia. Artists of the gallery showed their work in museum exhibitions and galleries in Beijing, Hong Kong and Hangzhou. Out of these diverse collaborations an intensive relationship with the China Academy of Art in Hangzhou has developed, artists travelled there to give lectures, talks and workshops and most recently were invited to the Interyouth Festival in Hangzhou.

In the exhibition West Lake: Breaking Open, which is on view from August 1 until August 31, 2019, for the first time works of Chinese artists are exhibited in the space of the Galerie EIGEN + ART Berlin. Five professors of the China Academy of Art in Hangzhou, Jianlian Guo, Qing Li, Shijian Jing, Xuhong Yu and Yangping Jin enter a dialogue with the works of Tim Eitel, Kai Schiemenz and David Schnell.

Space and time, nature, the environment, ecology as well as socio-political topics are examined and emphasized throughout different media used by the artists. In the exhibition space, the works weave a web that is shaped not only by the complex formal language but also by the discourses and transcultural dialogue that has been raised.

The title of the exhibition is a clear reference to the West Lake in Hangzhou, which is one of the most popular tourist attractions in China and furthermore one of the most painted scenes in classical Chinese landscape art. The title could be interpreted as an appeal: Breaking open – a call to think the image of the present in order to simultaneously draft a possible future without forgetting the past. 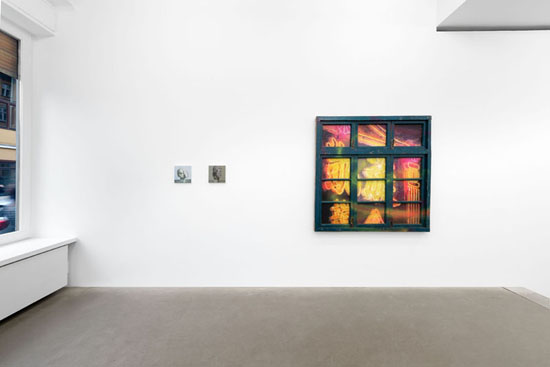