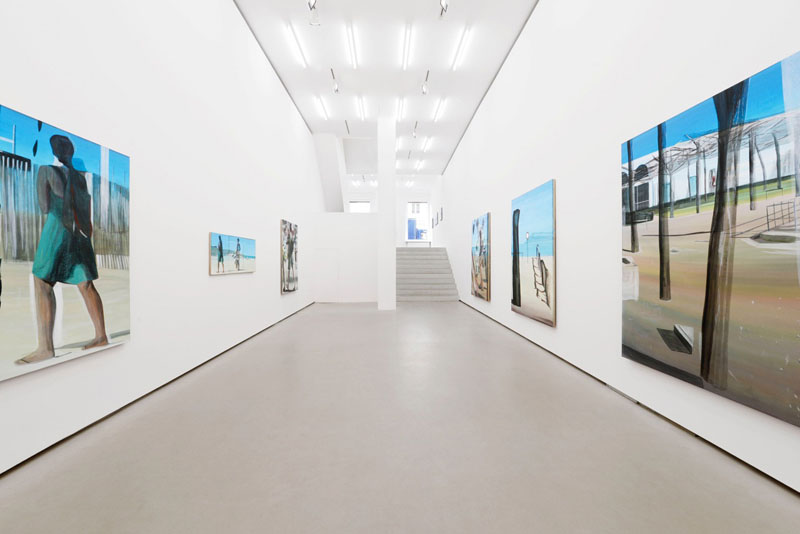 "These paintings are constructed like equations. They show what we could potentially see in memory, not in reality. The realism is an illusory one."
Fabrice Hergott, 2012

On June 12, 2014, the gallery Galerie EIGEN + ART will open the first solo exhibition with works by the French painter Marc Desgrandchamps, who is among the most important representatives of contemporary French painting. 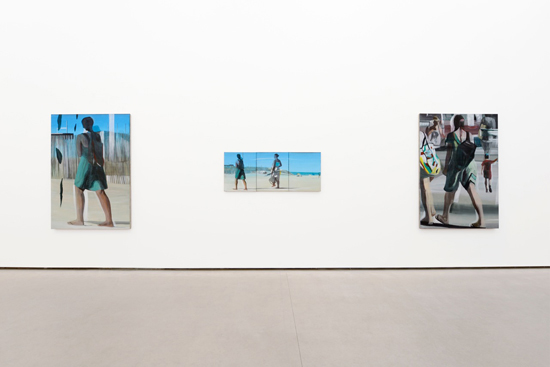 As the title of the exhibition, Solitudes, already implies, solitariness is inherent in Desgrandchamps' pictures. The artist produced 12 new works for the exhibitions. The motifs are often classic swimming and beach scenes: an empty row of chairs, a sign prohibiting something, a tree trunk, a person gazing out to sea. All the figures that appear in the motifs seem to seek calm and solitude in the landscapes.

An important aspect of Desgrandchamps' oeuvre is that of repetition; individual component recur and place the works in relation to each other, in terms of both content and form. The motifs seem like concrete snapshots taken on vacation or like still shots from a film. The translucent layers of paint and the coloration make the figures and objects in the picture seem transparent; they melt into the background. The typical blue and green tones are striking and turn the realistic snapshots into a sequence from a dream or an abstract memory. Serving as references for Desgrandchamps are art-historical models from Modernism, like Beckmann and Malevich, as well as Old Masters like Poussin. 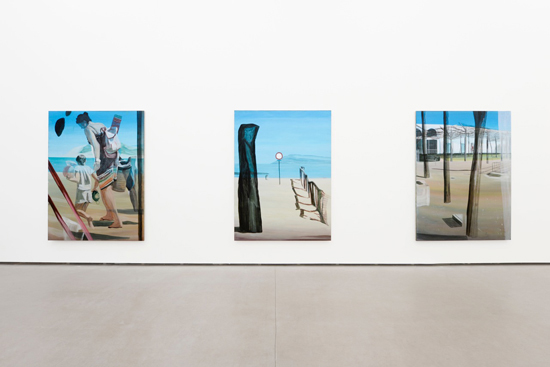 "The Desgrandchamps oeuvre cannot be reduced to what is to be seen in his paintings. Like the sources – photographs, films, etc. – drawn on by the artist and foreshadowing his painterly premise, his a posteriori texts reflect a receptivity to a different reality. Not that they are 'indispensable': the identity and the power of the paintings would certainly not be weakened by their absence. But they do extend the paintings, adapting them to an additional discursive space as miscellaneous as the photos and films the artist avails himself of prior to and in parallel with the painting process as such. [...]."
(Erik Verhagen in: Marc Desgrandchamps, Texte, Berlin 2014)

A book with texts by the artist will be published to accompany the exhibition. The book presentation will be on Friday, June 13; the artist and art critic who wrote the foreword to the book, Erik Verhagen, will be on hand. The publisher is the MMKoehn Verlag.