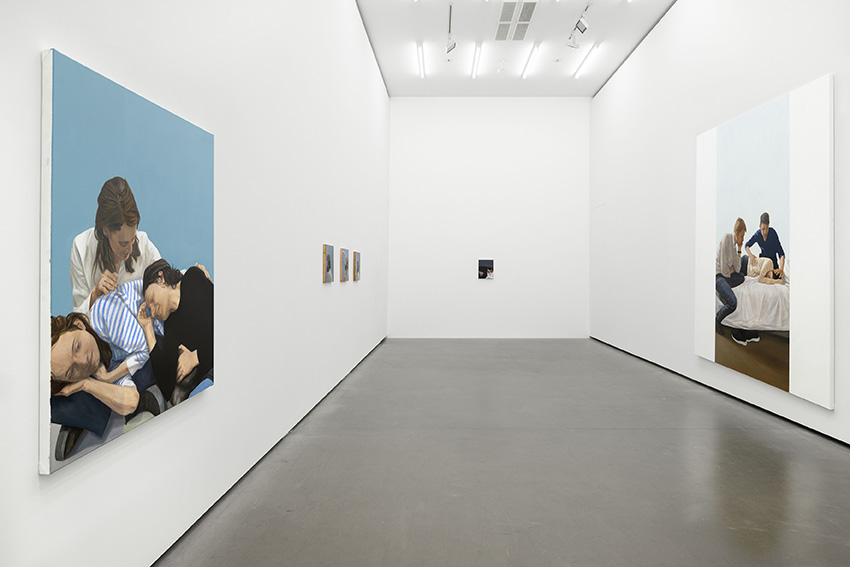 “Art is the opposite of general ideas, it describes individuals, desires only the unique. It does not classify, it unclassifies.”
Marcel Schwob, Imaginary Lives, 1896

There are certain aspects in the work of Tim Eitel that return time and again: the solitude of the characters and their silence, the image framed as a disquieting illusion, or the co-existence of figuration and fields of abstraction that open up the pictorial space and grant it autonomy. The paintings often manifest a fading of the real world, comparable maybe to the films of Michelangelo Antonioni, and the emerging emptiness offers a form of introspection in which psychological tensions unwind and ease in the face of the void. 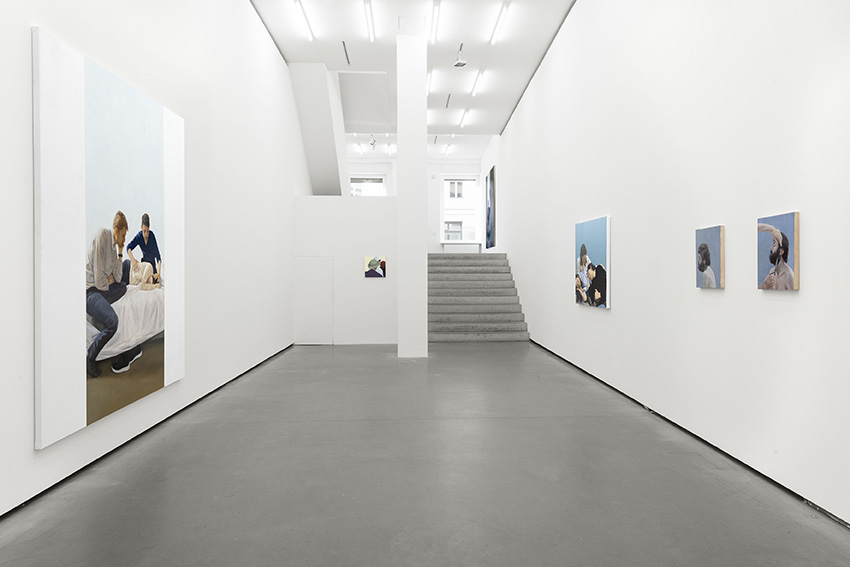 And yet this second chapter in Eitel’s collection of imaginary lives—staged three years after the first at the same gallery—achieves a marked coming-together, more in the style of Éric Rohmer, and a new proximity between protagonists. In these recent paintings, a sense of touch comes to the fore, an attention for others. A beard is being trimmed, a private physiotherapy session conducted on a bed, a neighborly couple observe us across the landing. The scenes are derived from the fabric of everyday life and at first seem perfectly innocuous. Yet the attitudes, the gestures, the glances of the figures bear witness to a concern that speaks to the sheer necessity of being together. In the heart of the pandemic, which has seen social bonds become a scarce commodity, Tim Eitel chooses to focus on everything that points implicitly to the importance of human contact. If some fields of monochrome still appear, they underline the tightening, narrowing points of view. The bands of color can be interpreted as doorways, yet they always remain on the threshold of an abstraction continuing to haunt these scenes of human interrelations.

The paintings still carry the ghostly sense of presence that has characterized Eitel’s work for years. There is the scene of a woman lying beside a dog, taking a brief nap, in which the strong visual bond between the two figures is rendered by means of the brushwork uniting the woman’s hair and the dog’s fur. Tim Eitel’s interest in these figures hovers between fiction and reality. There is an implicit element at work, an oblique way of testifying to the constant porosity between unconscious and material life. One again finds a dimension of impenetrability running through the scenes the artist composes, but this time permeated by a dream-like closeness. These days, it is certainly a question of remembering what we really hold dear. 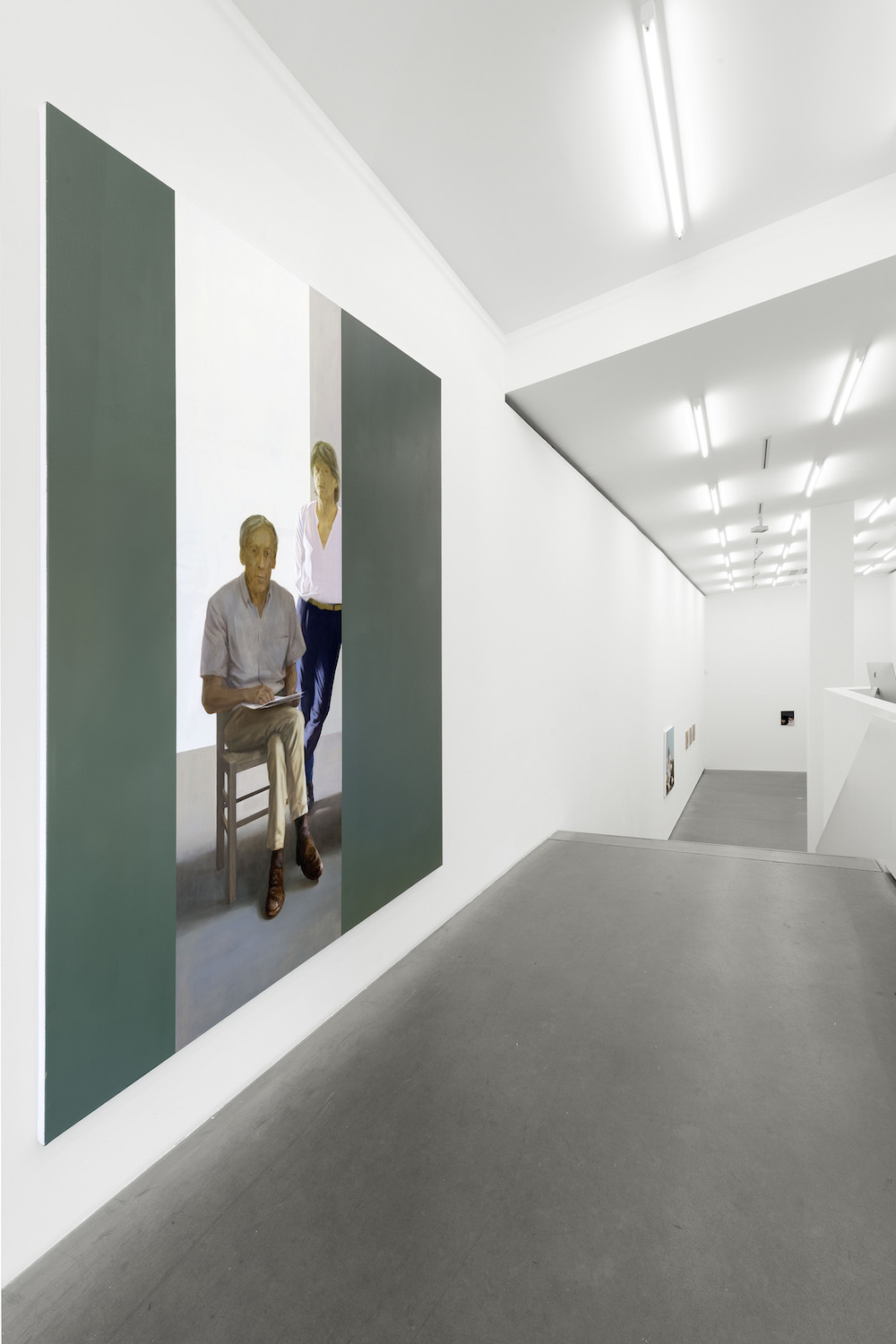