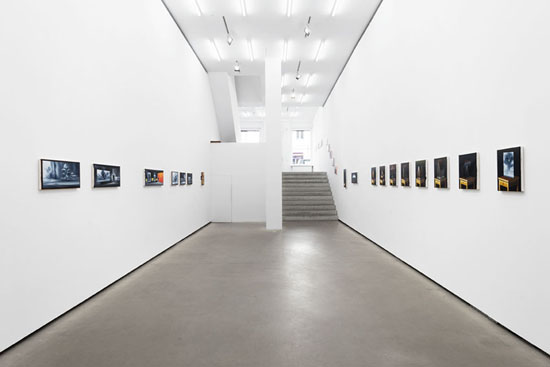 Craggy mountains on which architectures extend; peculiar façade shapes, as if formed from smoke; a drawer with a keyhole, from which the scenes rise. Titus Schade’s pictures play with reality and illusion, with likeness and fantasy. His pictorial inventions have great attractive power. They show the inconceivable, or more precisely: Something for which no terms can be found. Initially seemingly insignificant fragments of reality are withdrawn from the contextual framework and the overarching structural relationship, through which an intensity of expression increases to the point of the surreal. A slight hint of landscape in the background or as yet unexplored empty zones bound the pictorial space. In this oscillating approach to depicting and staging reality, the human figure is bracketed out. Despite all the alienation effects, this is not nonfigurative-abstract painting, but the depiction of objects that can’t be directly categorized. The metaphor of the inconceivable presses itself upon us, nonetheless, because the recognizable components arouse memories of familiar things; but when they come into view, they seem to lead a strange life of their own: basic geometric shapes create fields of tension, but at the same time mark cool distance and constructive seriousness. 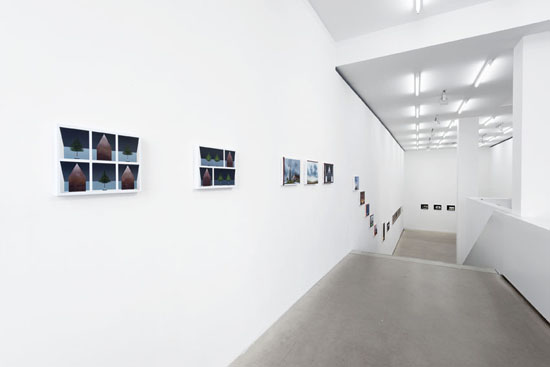 The colors breathe calmly and deeply and seem celebratory in favor of a dominating black that sucks up the pictorial space and lets the empty architectural structures appear like film backdrops or stages. Schade’s sceneries thereby immerse themselves once again in an enraptured atmosphere that seems enigmatic and dares to dissolve concretion. The buildings seem oddly dreamlike; their melancholy poetry enthralls the viewer. These are the painterly impressions in which his artistic sensibility and expressive power reveal themselves. They give the viewed spatial situation a poetic intensity, a magic, in all the palpable abandonment.

The character of an architectonic idea is repeatedly moved into the field of vision by means of crucial details. This is initially moved into the background by the degree of abstraction, which shifts the pictures’ motifs into the surreal. Only a closer look shows that, this side of all fantasy, the point can also be the search for authentic originality, for example in one’s own being or in a construction project. This strategy is clearly presented in the painting of a gabled house. Inspired by the huge untenanted warehouses in Lindauer Harbor in Leipzig, one of these peaked gabled houses turns into a body that is as if technically constructed through engineering and science. Precisely the uncoupling from the surroundings opens the gaze to the architectonic concept, the sculptural interplay of the individual components, and their minimalist form language. A real space is newly interpreted. 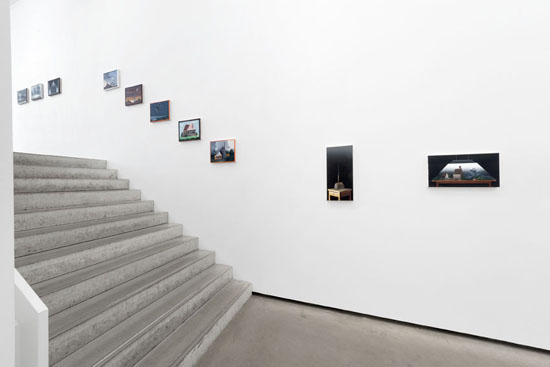 Schade’s precisely painted pictures are not overflowing with action and drama. Instead, they present a timeless, depopulated order and sobriety. The painter stages fine gradations between distance and nearness. His works are completed in the viewers, who linger in front of them and think about this encounter with the unfamiliar. Each picture thereby receives its meaning.