POOL22 – Uwe Kowski's new exhibition at Galerie EIGEN + ART Berlin. On the one hand, POOL22 is also the title of one of the painter’s sixteen new works for the show; on the other hand, the term pool refers much more broadly to the conglomerate of ideas, thought processes and associations that have occupied Kowski's painterly thinking over the past year. 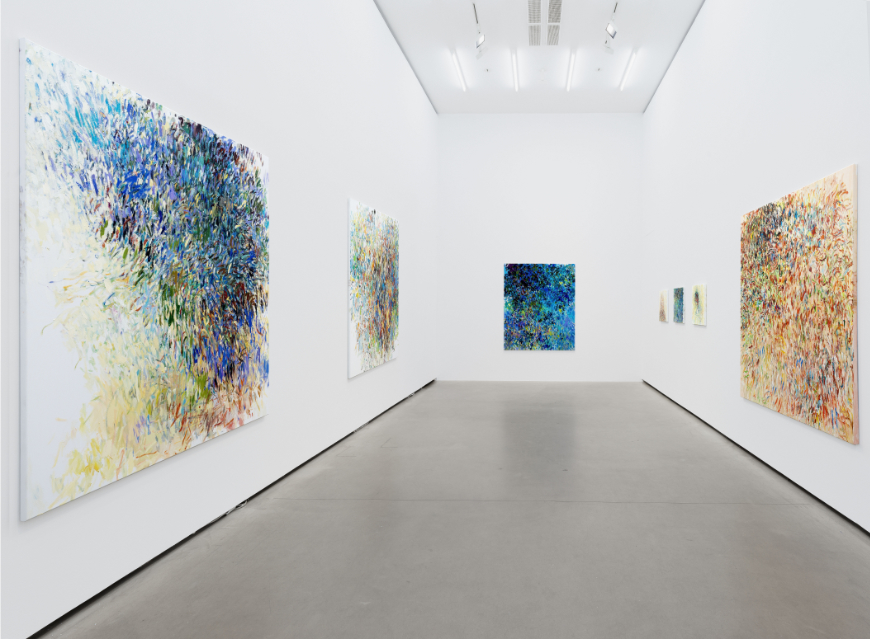 Also, the painter uses his titles as a kind of sorting mechanism to keep track of the extensive network of images. Thus, the number 22 not only refers to the year of the exhibition itself, but also serves as a dissociation of an earlier painting from the year 2000, which also bears the title "Pool." Despite the long time that lies between the creation of these two works, both are distinguished by the fact that they do not immediately suggest a swimming pool. This circumstance perfectly illustrates the intention of the painter with regard to the small written companions of his works. Because if one is familiar with Uwe Kowski and his art, one is aware that the titles never take on an explanatory function. Rather, they may provide an impetus for associations, but they are rarely the conceptual representative of the idea or object behind the painting.

Naturally, the creation of the paintings is always accompanied by daily thought processes, because for him painting without thinking does not exist. And yet, the motivation for a new work might best be described as the encounter of a color and a desire, the result of which arises within him, and manifests itself in the form of a strong urge. He literally sees with his eyes closed, seeing less form than color. This is also because Kowski does not see form and color, figurativeness and abstraction as two separate entities. In his work, the two go hand in hand, forming an organic unity that is then reflected on the canvas in these lively color formations, some of which cover a canvas more than two meters in size. Accordingly, the best answer to the question of where a painting originates from is perhaps to be found in the painting itself, and in this case the painting "(ein Wunsch)" (a desire) – the title of which is certainly not unintentionally placed in parentheses. 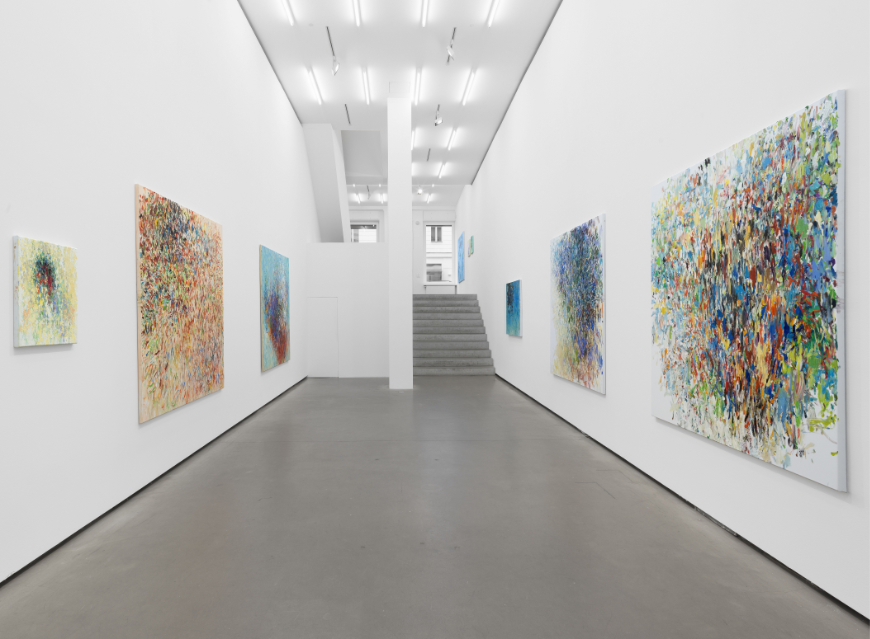 This vivid desire leads back to the aforementioned title work POOL22. It is composed of a lively mass of colorful movement, which seemingly develops towards the beholder, indeed pushing forward into the picture and thereby becoming increasingly dense and thus also darker in color. At the same time, however, this movement seems to be developing away from the edges of the painting, as if it were on the run, causing the colors to lose clarity. Yet this colorfulness is not composed of blue tones; rather, yellows, reds, and oranges fill the majority of the painting. Despite the fact that this does not necessarily make you think of the pool for swimming, you do, however, swim in Kowski's world of thoughts that have been occupying him over the last year, which at the same time contain warmth and movement, variety and accuracy, distress and expansiveness, and not least reach far back to the beginnings of his painting. The blue paintings in his exhibition, which are reminiscent of the already mentioned pool in terms of color, but bear the titles "old wave," "Times," and "wo," (where) could possibly also refer to this. 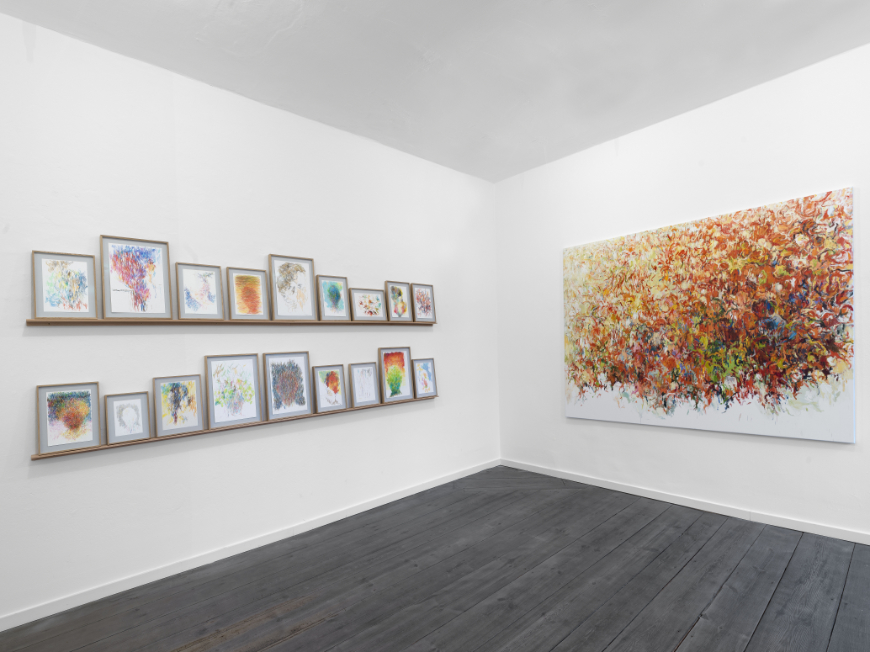 Since Uwe Kowski's activity as a painter now spans more than 30 years, the use of titles as a memory aid is quite conclusive. Moreover, it is reminiscent of the famous sorting system of cultural scientist Aby Warburg, who did not arrange the books in his library in Hamburg in alphabetical order, but rather - after they were each assigned to one of four topics and thus to a section - according to the "law of the good neighbor," i.e., simply according to his own intuitive judgment. Kowski has also been skillfully following this concept for decades, his titles on the one hand serve as classifications and thus support his overall painterly framework; on the other hand, they are also pathways for the mind and foster the openness that is so crucial for the artist.

In this way, Kowski finds his way in his self-created pictorial world and at the same time lets the viewers find much that they did not even know they were looking for, completely in the spirit of the beautiful title of another work: "wo ich nie sein werde" (where I will never be). Uwe Kowski's color landscapes open up neighborhoods that are not immediately evident to the eye – but are remembered all the more vividly in retrospect.